1 dead, at least two injured in Belgium in accidental blast 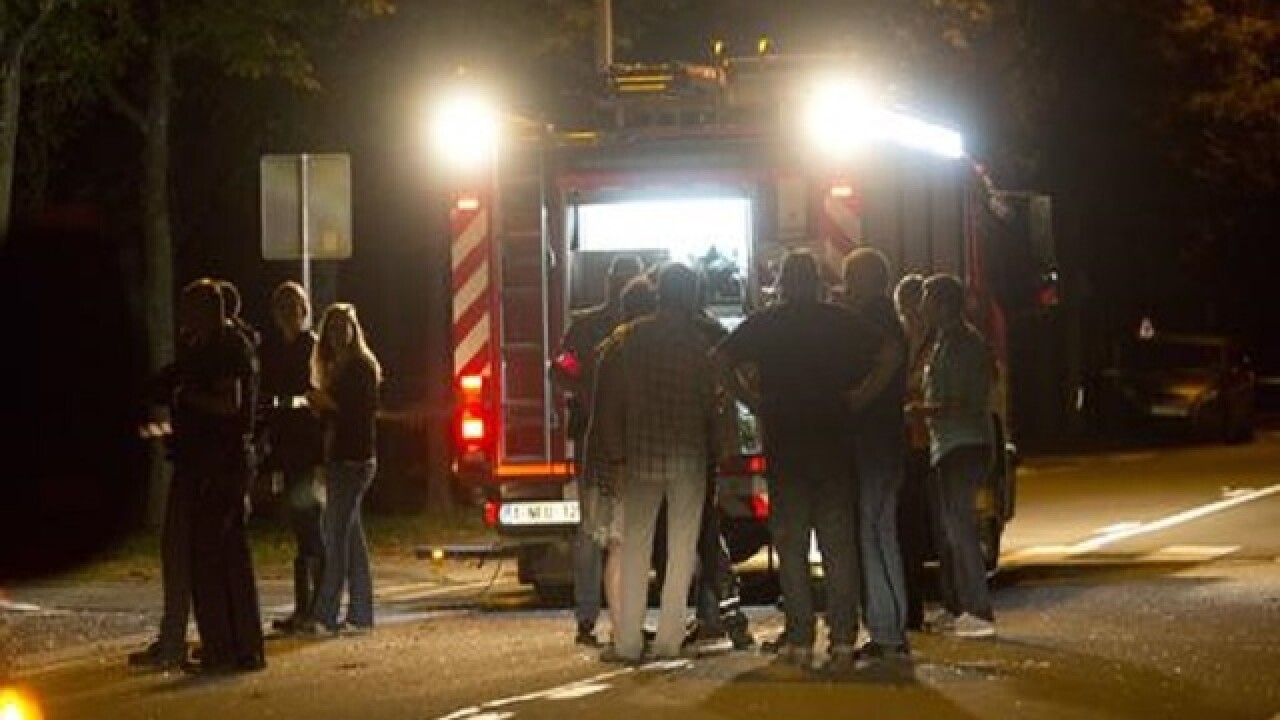 Virginia Mayo
<p>Rescue workers and others stand near an emergency vehicle at the scene of a blast at a sports complex in Chimay, Belgium, Friday, Aug. 26, 2016. One person is reported to have been killed and at least two injured in an accidental explosion at a sports center near the French border. (AP Photo/Virginia Mayo)</p>

BRUSSELS (AP) — One person is reported to have been killed and at least two injured in Belgium in an accidental explosion at a sports center near the French border.

A Belgian Crisis Center staffer said early Friday that "the information that I have is that it due to an accident, probably gas. There is no link to terrorism or anything like that." The staffer could not be named under the center's rules.

Belgian state radio RTBF said the blast happened in the town of Chimay, 120 kilometers (75 miles) south of the capital Brussels just after midnight. It quoted local rescue services as saying a number of people had been in the building at the time.

The rescue services said part of the building collapsed and that people were trapped in the rubble.