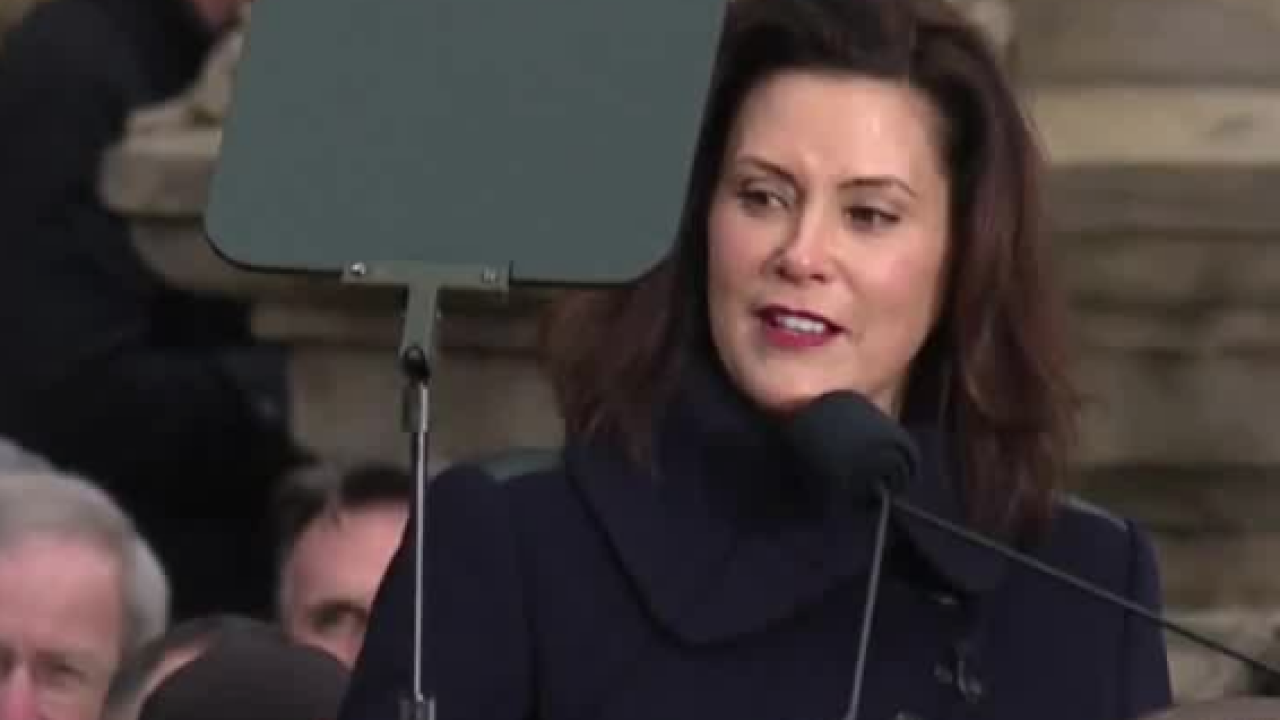 Governor Whitmer tweeted a video in which she condemned attacks against congresswomen of color, including Michigan Rep. Rashida Tlaib.

Whitmer described the upcoming NAACP national conference in Detroit and the 2020 Democratic presidential debate in Detroit as "a chance for all of us to come together."

"Right now, we have seen so much ugliness come out of the White House," Whitmer said. "With racist tweets and attacks on Rashida Tlaib, a Detroit native."

In a series of recent tweets, President Trump implied that the Congresswomen Tlaib, Alexandria Ocasio-Cortez, Ilhan Omar and Ayanna Pressley weren't born in America, and sarcastically suggested, "they go back and help fix the totally broken and crime infested places from which they came."

The tweets were widely criticized, with Michigan Republican lawmakers calling them inflammatory rhetoric.

Watch the full video below:

We’ve seen ugly, racist attacks against @RashidaTlaib & other congresswomen of color coming from the White House this past week. What Michiganders & people across the country want are leaders that will solve problems and that celebrate the diversity that makes our country strong. pic.twitter.com/7dbJHENTQv