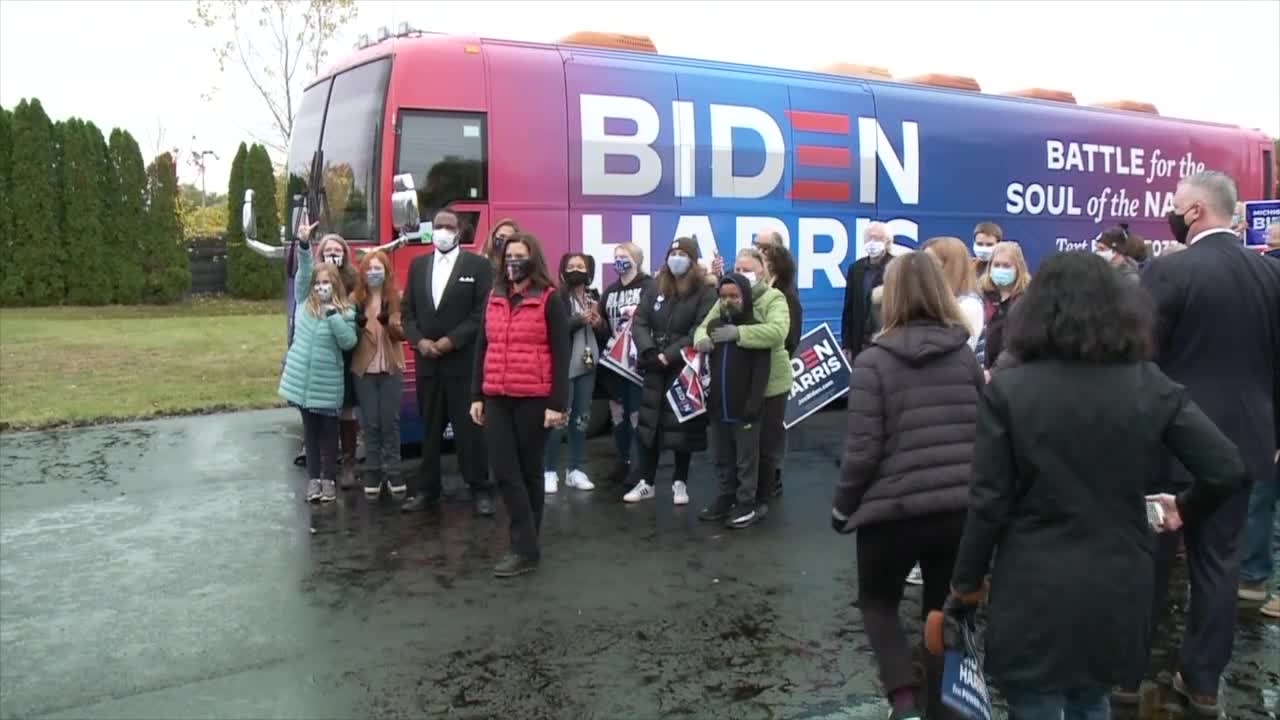 “They know how important Michigan is," said Gov. Whitmer, referring to the Biden-Harris ticket. "And while the polls look good, no one is going to rest until this election is totally over and that’s why we’re going to work so hard up until the close of polls on election day.”

Polls show Biden with a slight lead in Michigan, but polling showed a similar lead for Hillary Clinton in 2016. She lost the state by roughly 11,000 votes.

Scholten is in a dead-heat 3rd district race with Republican candidate Peter Meijer.