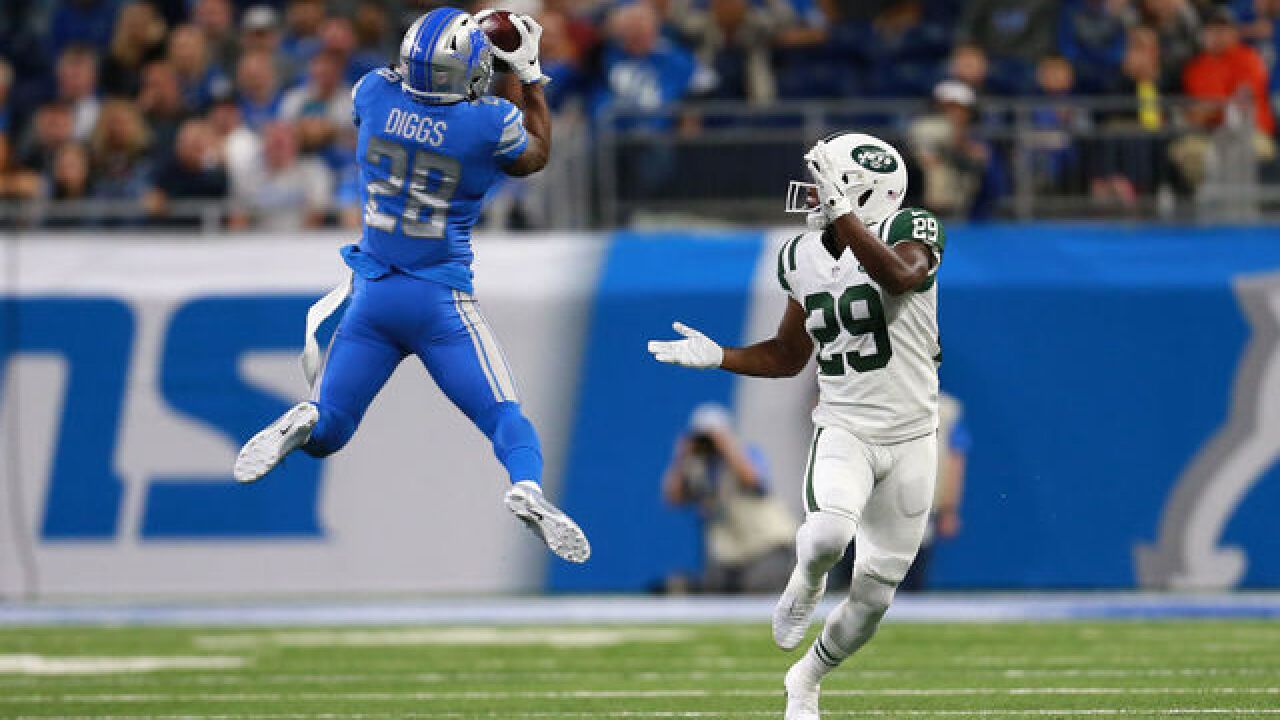 Copyright 2018 Scripps Media, Inc. All rights reserved. This material may not be published, broadcast, rewritten, or redistributed.
Rey Del Rio
<p>DETROIT, MI - SEPTEMBER 10: Quandre Diggs #28 of the Detroit Lions intercepts a pass intended for Bilal Powell #29 of the New York Jets in the first quarter at Ford Field on September 10, 2018 in Detroit, Michigan. (Photo by Rey Del Rio/Getty Images)</p>

The Detroit Lions' 2018-19 season opened on a high note as safety Quandre Diggs, fresh off a 3-year contract extension, took an interception back for a touchdown.

Just 20 seconds into the game, Sam Darnold threw up a pass, his first of his career, which was intercepted by Diggs.

Diggs then took the pass for 37 yards, getting the Lions their first touchdown of the game.

According to the team, it was Diggs' first pick-six and also the first time the Lions took back an interception for a touchdown on the first defensive play of the game.

Check out the play below.