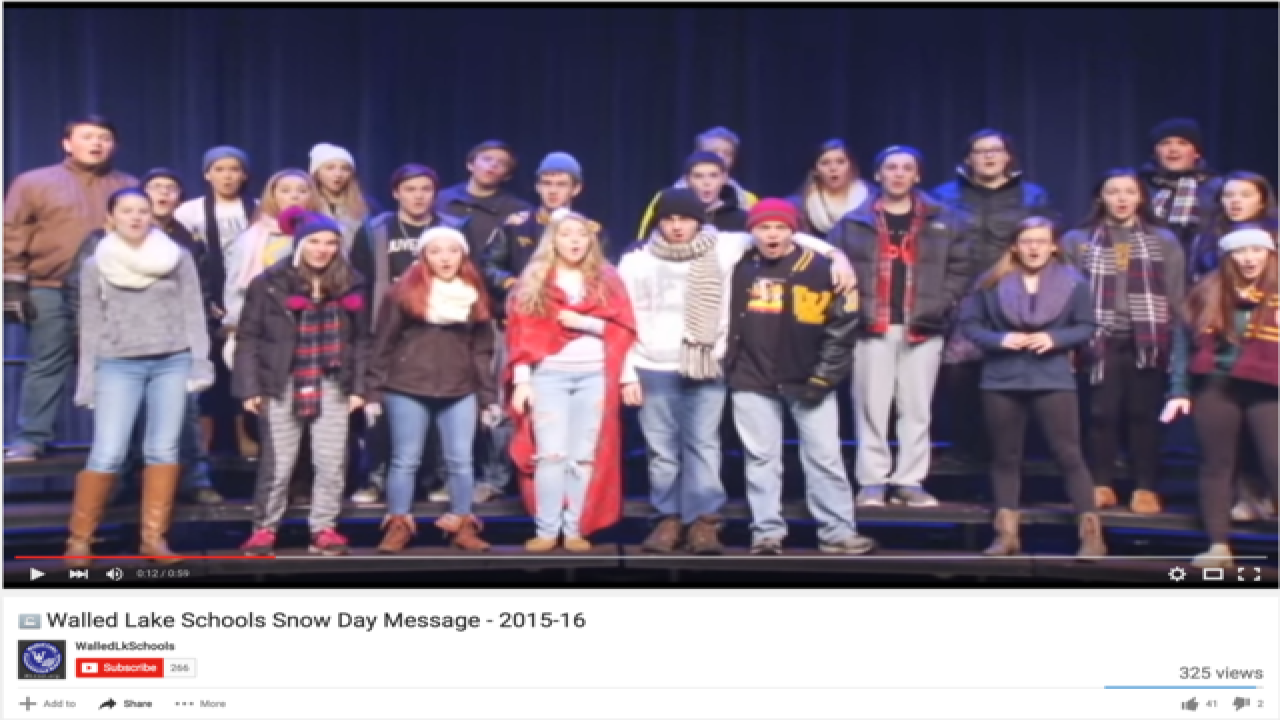 Some districts are getting creative in how they're announcing their snow days.

In Walled Lake the school district had the kids record a song announcing the snow day.

In Ferndale, the announcement was made in a Facebook video - using part of a song from the movie Frozen to tell the students that, yes, they had Thursday off to make a snowman.

And in Bloomfield Hills, they announced the closing with a video parody a Will Smith song from when he was the Fresh Prince.