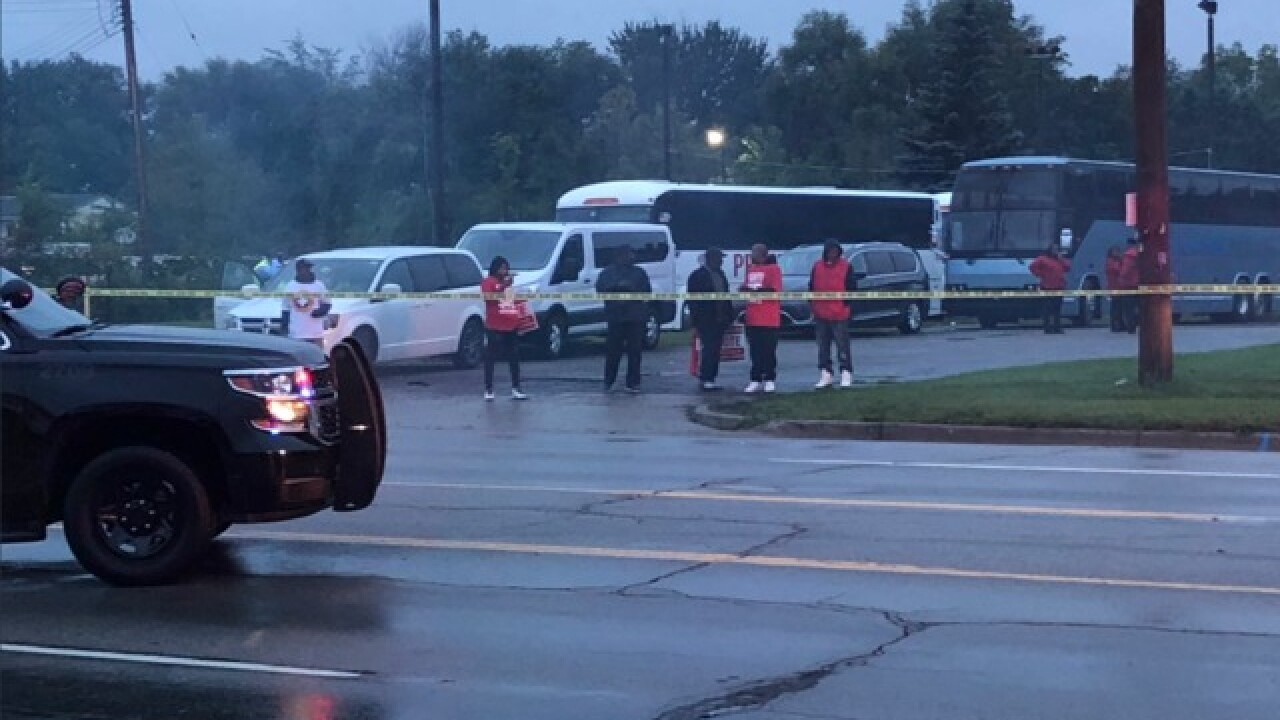 Multiple people were hit by a car during a fast food worker strike in Flint, according to WJRT.

WJRT reports that the vehicle drove into the crowd of people protesting at a McDonalds at Dort and Lapeer in Flint.

More images from the scene along Doet HWY where multiple people were hit during a protest. Stick with @ABC12WJRT for the latest pic.twitter.com/875YPLzU9P

Workers were taking part in a rally demanding the fast food industry raise the minimum wage to $15 an hour.

Democratic gubernatorial candidate Gretchen Whitmer attended the rally and said she was "incredibly sad" to see so many people hurt.

I was in Flint for the rally this morning and am incredibly sad that so many people were hurt. https://t.co/4gtoYMP7NO