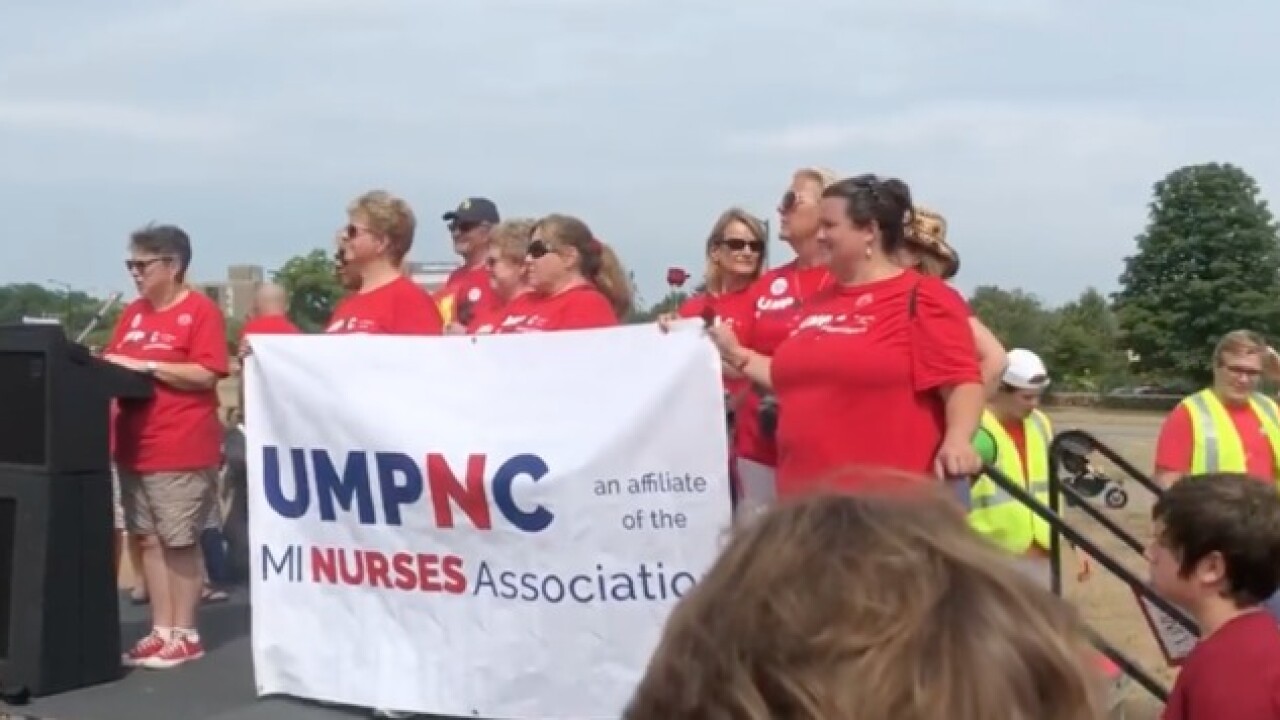 Nearly 4,000 of the 5,892 nurses at the University of Michigan have voted to authorize a three-day strike, the union announced on Monday morning.

While the vote doesn't mean they will strike, the nurses can go on strike if necessary, but the union has not yet set a date.

“Our goal is not a work stoppage,”  University of Michigan Nurses Association Chair Katie Oppenheim said. “Our goal is a fair agreement which respects nurses and guarantees safe staffing.  The University can remedy this situation immediately, by stopping their unfair labor practices and bargaining in good faith.”

Members of the nurses union have filed charges with the Michigan Employment Relations Commission, saying they have been subject to unfair labor practices and to challenge actions by UM administrators as illegal.

The nurses' union claims the university has been making changes in work shifts without notifying or negotiating with them, discriminating against union members and failing to bargain in good faith.

The University of Michigan Health System has demanded cutbacks in retirement compensation from nurses during new contract bargaining, despite a $4.3 billion annual budget and $103 million surplus in 2018.

If the union and its members do go on strike, they will give the university at least 10 days notice to plan for patient needs.