UAW submits counterproposal to GM, indicates deal may be close 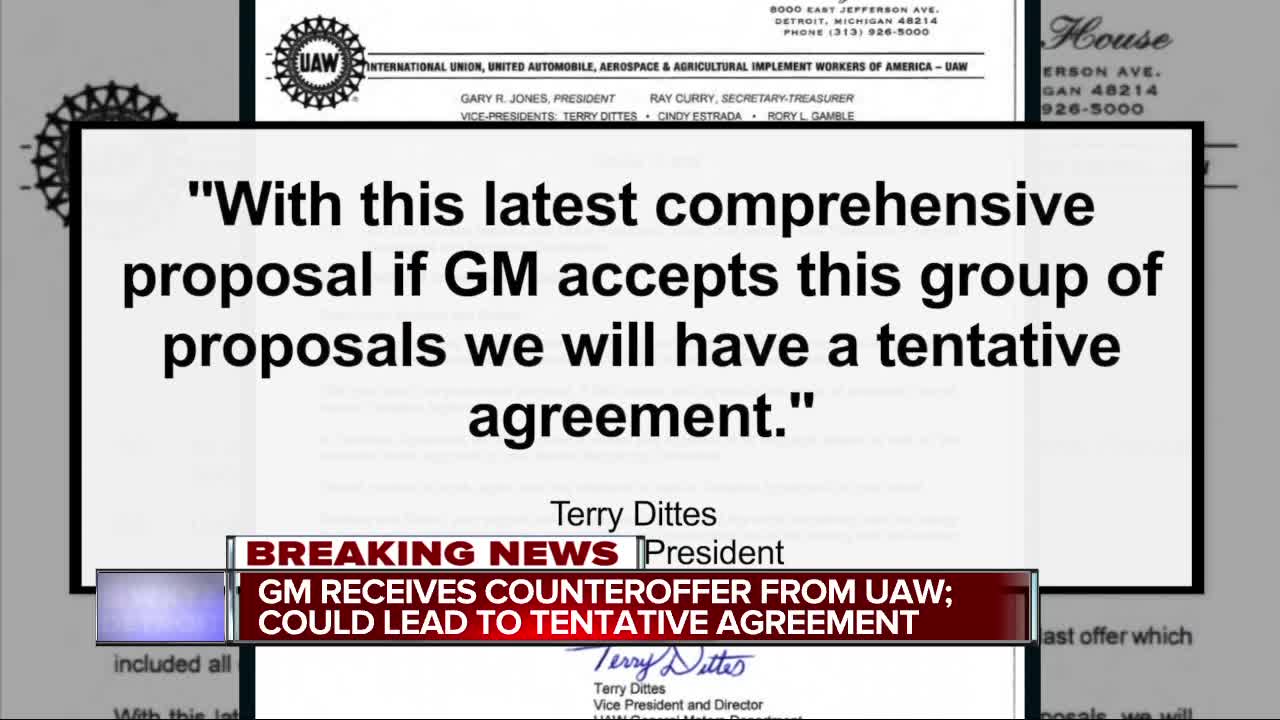 The United Auto Workers strike against General Motors may be close to ending. 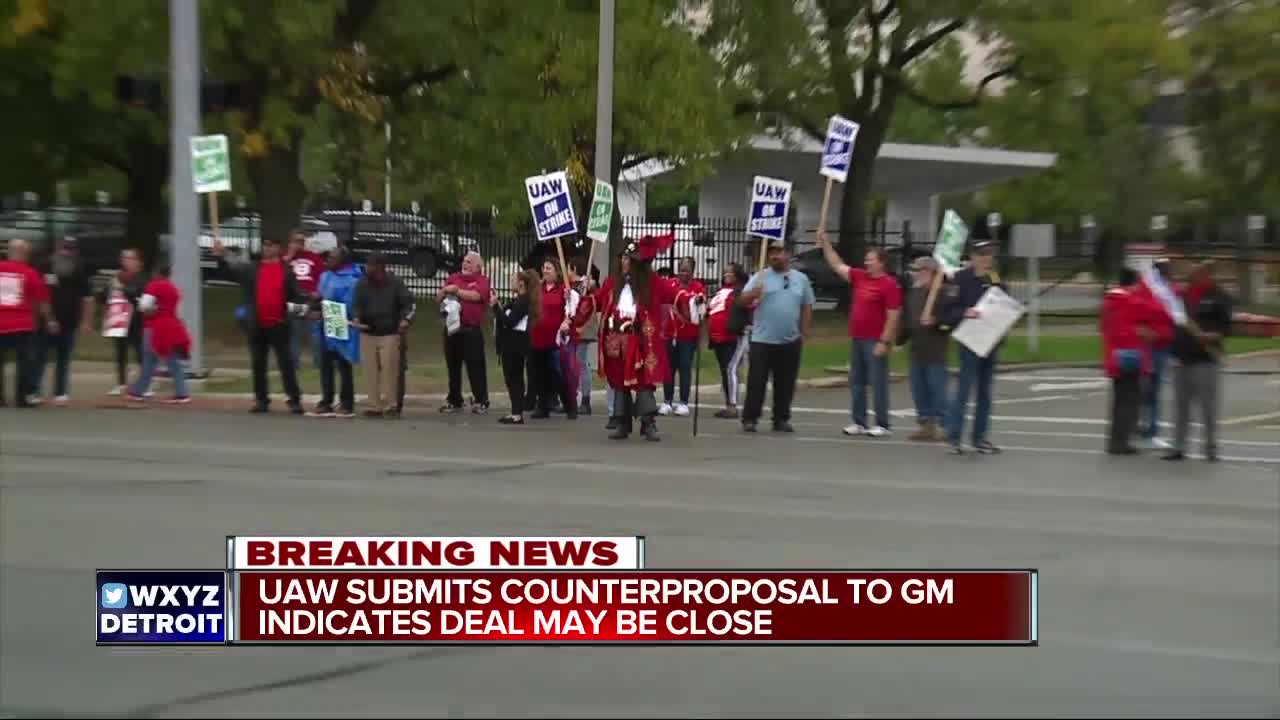 The United Auto Workers strike against General Motors may be close to ending.

In an internet post made Friday night, the UAW says they presented a couterproposal to General Motors. The union says if GM accepts, they will have reached a deal.

However, it's not clear how far apart the two sides remain on some of the issues. So it is not clear if an agreement is close.

Here is the full statement released by the UAW:

A short time ago, today, Friday, October 11, 2019, we counterproposed to the Company’s last offer which included all of your outstanding proposals that are all at the main table and unsettled.

With this latest comprehensive proposal, if GM accepts and agrees to this group of proposals, we will have a Tentative Agreement.

A Tentative Agreement will also include a review and approval of all language issues as well as the economic terms approved by your elected Bargaining Committee.

We will continue to work, again, over this weekend to reach a Tentative Agreement on your behalf.

Brothers and Sisters, your support and perseverance has provided this entire bargaining team the energy to keep pushing and fighting for you, your families, your communities and all the working men and women in this country.

A General Motors spokesperson said, "We have received [the offer] - we are reviewing it and not making a formal comment on it."