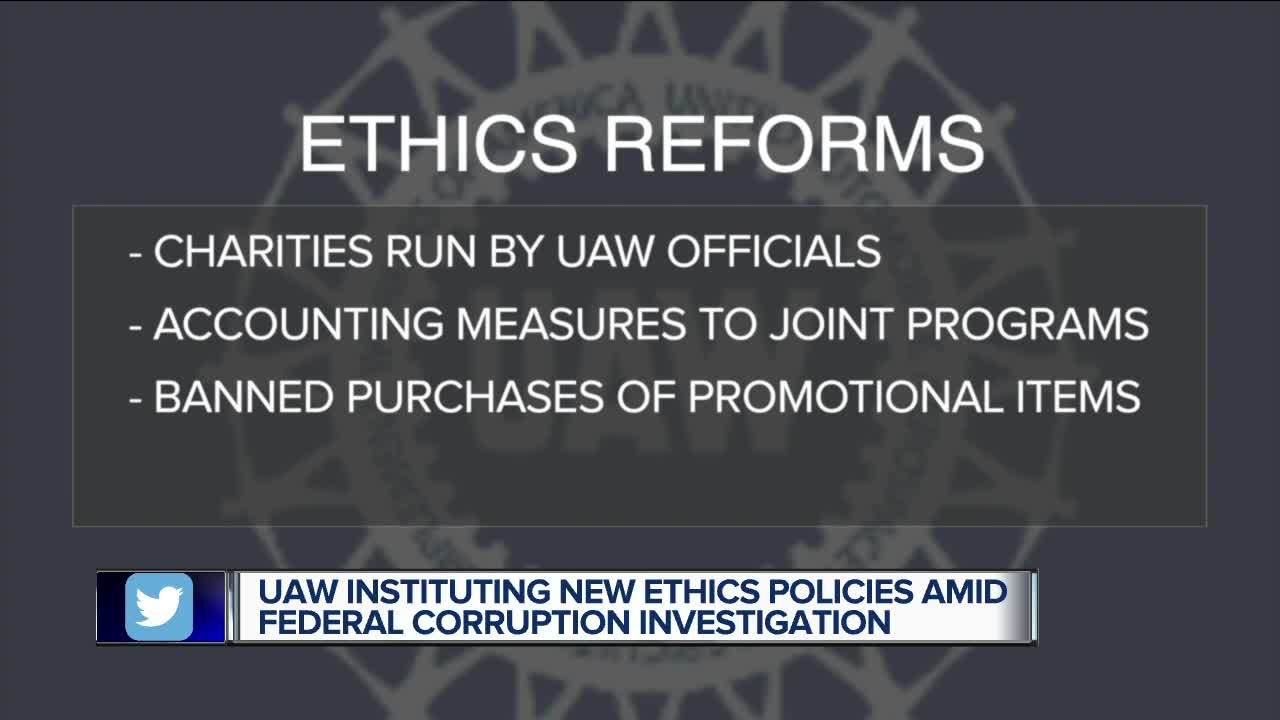 United Auto Workers Acting President Rory Gamble has announced a series of ethics reforms in the wake of a federal investigation that has led to charges among some of the union's senior leadership.

United Auto Workers Acting President Rory Gamble has announced a series of ethics reforms in the wake of a federal investigation that has led to charges among some of the union's senior leadership.

“When the United Auto Workers union was created more than 84 years ago, it was built on the idea that the whole is greater than the sum of its parts; that together we are stronger than any one person alone. And this is still true today,” said Gamble in a news release. “As the acting president, I’m committed to putting in place the right mechanisms to safeguard our union, regaining the trust of our members, and ensuring the misconduct that has recently come to light will never happen again. That is why I am ordering immediate actions that will lay the foundation for a more transparent, more accountable, and more responsible future for our union.”

“This is just the beginning,” he added. “But it’s a beginning that will set us on the right path for the future. As a member of this union for nearly 40 years, I am committed to the mission of this union in bringing prosperity and dignity to millions of American workers and creating and maintaining this country’s middle class. I am committed to seeing our union succeed and thrive. And to do that we must and will take real, concrete action that leads to substantive and lasting change.”

Among the reforms announced are:

The UAW also announced that a number of properties at the center of the scandal will be put up for sale.

The federal government has been investigating fraud and misuse of funds at the UAW for more than two years.

This has led President Gary Jones to take a paid leave of absence.

Jones has not been charged. But in a court filing, federal prosecutors alleged that seven top UAW officials conspired since 2010 to embezzle funds through schemes such as submitting false vouchers for conference expenses.