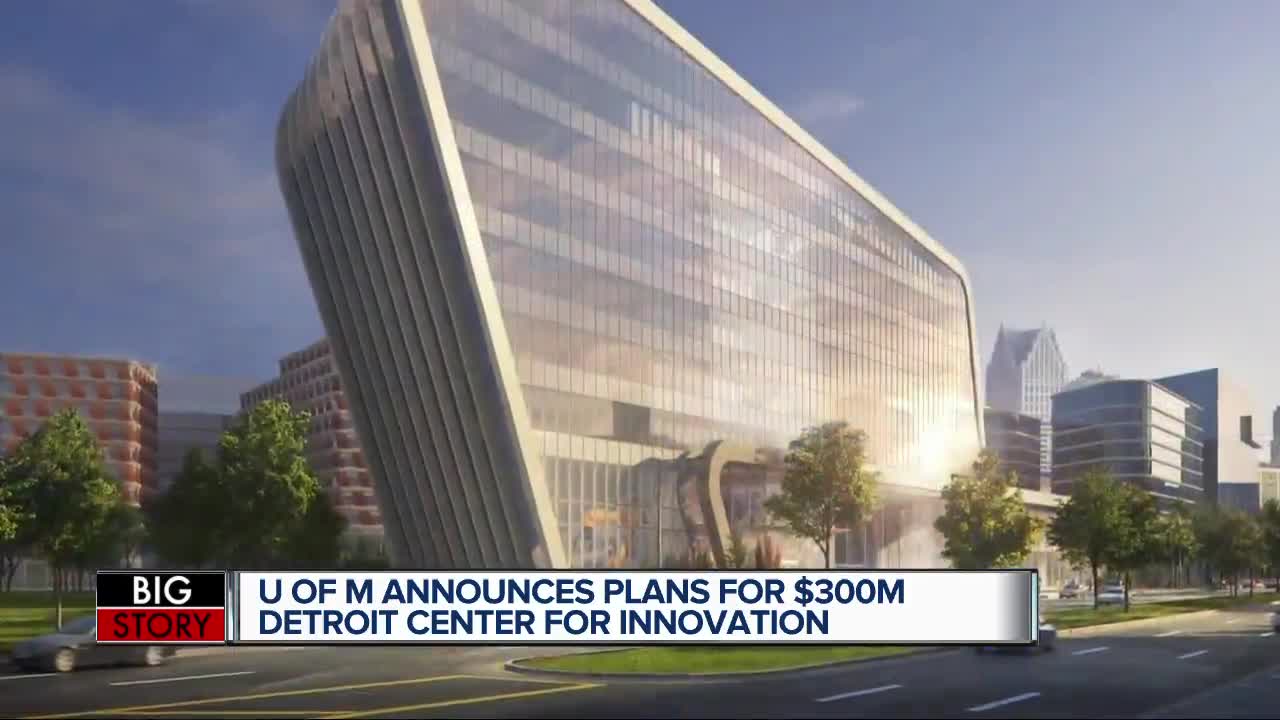 The University of Michigan and several other partners are planning to build a $300 million innovation center at the site of the failed Wayne County jail in downtown Detroit. 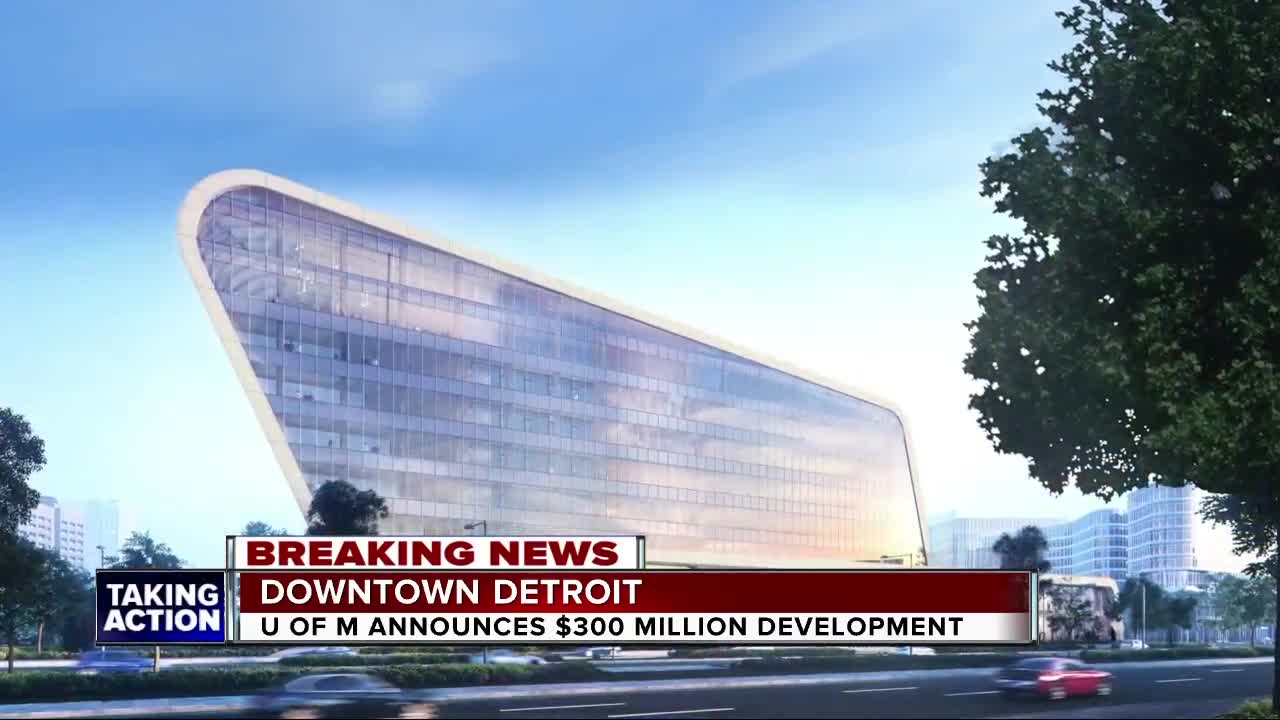 The University of Michigan and several other partners are planning to build a $300 million innovation center at the site of the failed Wayne County jail in downtown Detroit.

WATCH THE ANNOUNCEMENT HERE AT 10:30

The site will be home to a 190,000 square-foot research and education center that will be operated by U-M. It will be designed by world-renowned architecture firm Kohn Pederson Fox, and will be part of a multi-building development on the east edge of downtown Detroit. It's also expected to have a residential tower for students, a hotel and a conference center.

BREAKING: “This is what great cities do, & next door they will have startups without having to go to Silicon Valley. We expect a residential tower & hotel conference center. The biggest impact will be artificial intelligence for auto industry.” Mayor Duggan ⁦ @wxyzdetroit ⁩ pic.twitter.com/XhceKvJzhm

According to the university, it will focus on high-tech research, education, and innovation, and eventually serve up to 1,000 graduate and upper-level undergrad students who majoring in mobility, artificial intelligence, data science, entrepreneurship and more.

The building comes from a major donation from Ross, a Detroit native and long-term giver to the university. The business school is named after him. Other donors include Dan Gilbert, on top of public and private funding.

BREAKING: “Instead of 1,000 prisoners on this site, we’ll have 1,000 graduates on this site. 4-5 buildings over 14 acres. They’ll study mobility, finance & the jobs of the future will be right here for grad school & senior level activities.” Mayor Mike Duggan ⁦ @wxyzdetroit ⁩ pic.twitter.com/BhrwiB7Vot

“I spent my childhood and many of my young adult years living and working in Detroit and have long wanted to find a way to have a real impact on my hometown,” Ross said in a statement. “The University of Michigan helped spark my entrepreneurial spirit and nurtured my curiosity for all aspects of innovation, leading me to not only become a founder, but an incubator and investor in a variety of technologies and businesses. The idea of the new Center reflects the shared commitment of Dan, myself, the city, the county, the state and the University of Michigan to create a transformative center for innovation that will help fuel the city’s next chapter of growth. The Center has the potential to not only attract new businesses to Detroit, but the school and its graduates will generate new ideas, new companies and new opportunities for the community, the city and the region.”

“This announcement represents an incredible commitment to Detroit by Stephen Ross, Mark Schlissel and Dan Gilbert that will allow us to develop, attract and retain world-class talent,” Duggan said in a statement. “Detroit has always been a leader in innovation and this new center will help ensure that continues to be the case into the future. It also sends a powerful message to our young people about the city we are trying to build together. Instead of turning this property into a place where Detroiters are taken to be incarcerated, we are going to build for them one of the finest learning centers anywhere, filled with hope and real opportunity.”

Duggan, Evans, and others, will take the next 3-6 months to assess the feasibility of the project and conduct engagement with surrounding neighborhoods.

The project is part of the university's expansion in and around Detroit. They have the U-M Dearborn campus, the Detroit Center on Woodward, the Rackham Memorial Building in Midtown, and a "cradle to career" P-20 collaboration with DPSCD at Marygrove College.

Bedrock acquired the site in 2018 from Wayne County after agreeing to build a new criminal justice complex in Midtown. The plan had been for the site to be the home of a future MLS team, but those were scrapped when the Ford family got involved and offered up Ford Field as that site.