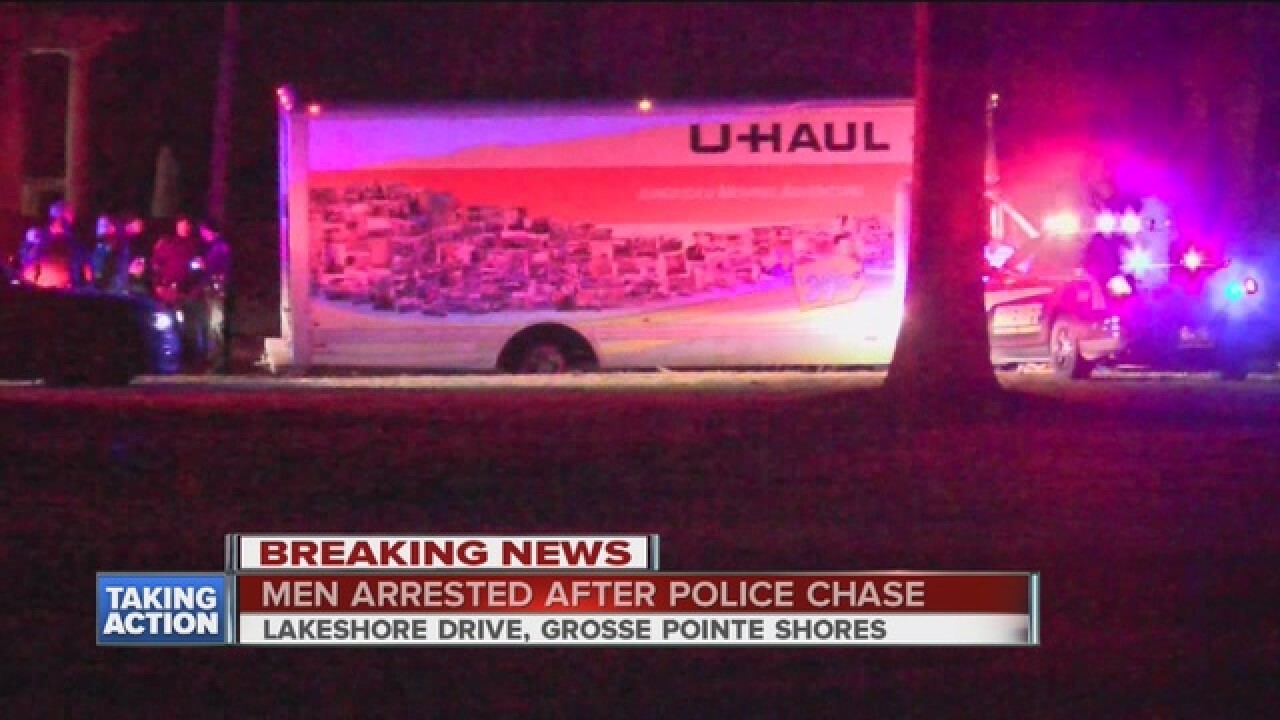 Two men were arrested this morning after leading police on a chase that lasted for more than 30 minutes.

The chase started near 21 Mile and I-94 in Chesterfield Township when Michigan State Police tried to pull over the driver of a U-Haul truck, but the driver just kept going.

It all came to an end in Grosse Pointe Shores on Lakeshore Drive. Inside the truck, police found tire rims that are believed to be stolen.

Police say the two men have been taken into custody.