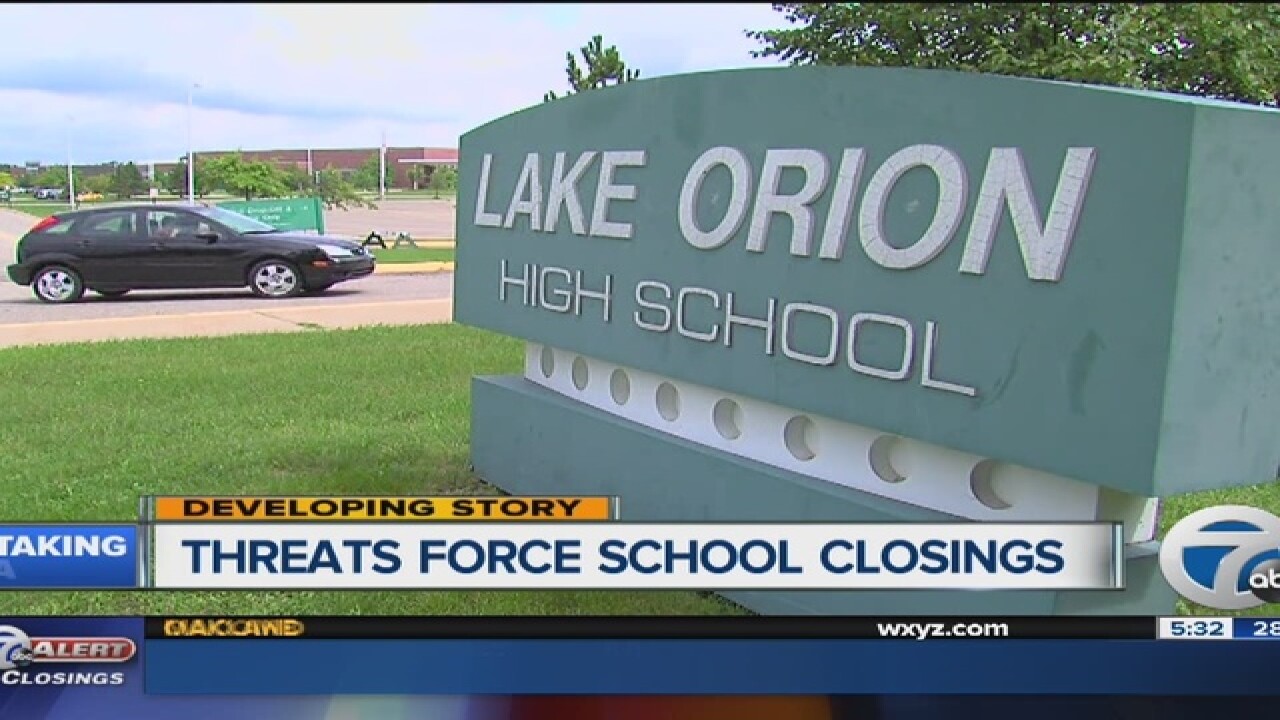 Increased security is in place because of an online threat made toward Cass Tech High School in Detroit. However, class is expected to go on as normal today.

Detroit Public Schools and its police department say they are aware of an alleged threat made against the high school. They are working with homeland security to ensure the school day will be safe for all students, teachers and staff.

Jalen Rose Academy in Detroit also received a threat of violence, according to the school's principal Russell Harris. Classes were canceled for the day as a precaution.

At Lake Orion High School, another threat forced the district to close the school for the day.

The district posted on its website that they are working with the sheriff's office regarding a serious threat made against the campus.

Due to a serious threat against Lake Orion High School, there will be no school on Monday, January 25, 2016.  The district is working with the Oakland County Sheriff's Office regarding the situation...

End-of-term exams that were scheduled for today at Lake Orion High School will now take place on Tuesday and Wednesday.

Lincoln High School was also closed Monday due to an online threat. Warren Mayor Jim Fouts says the threat was texted to a number of people and referenced someone bringing a gun to school.

Around 8 a.m. on Monday, Van Buren Township police said they were investigating a social media threat to students in various school districts in Van Buren, Ypsi-Lincoln and Ann Arbor.

According to police, multiple law enforcement agencies are working together, and they view it as a "non-credible" threat. Schools will remain open.