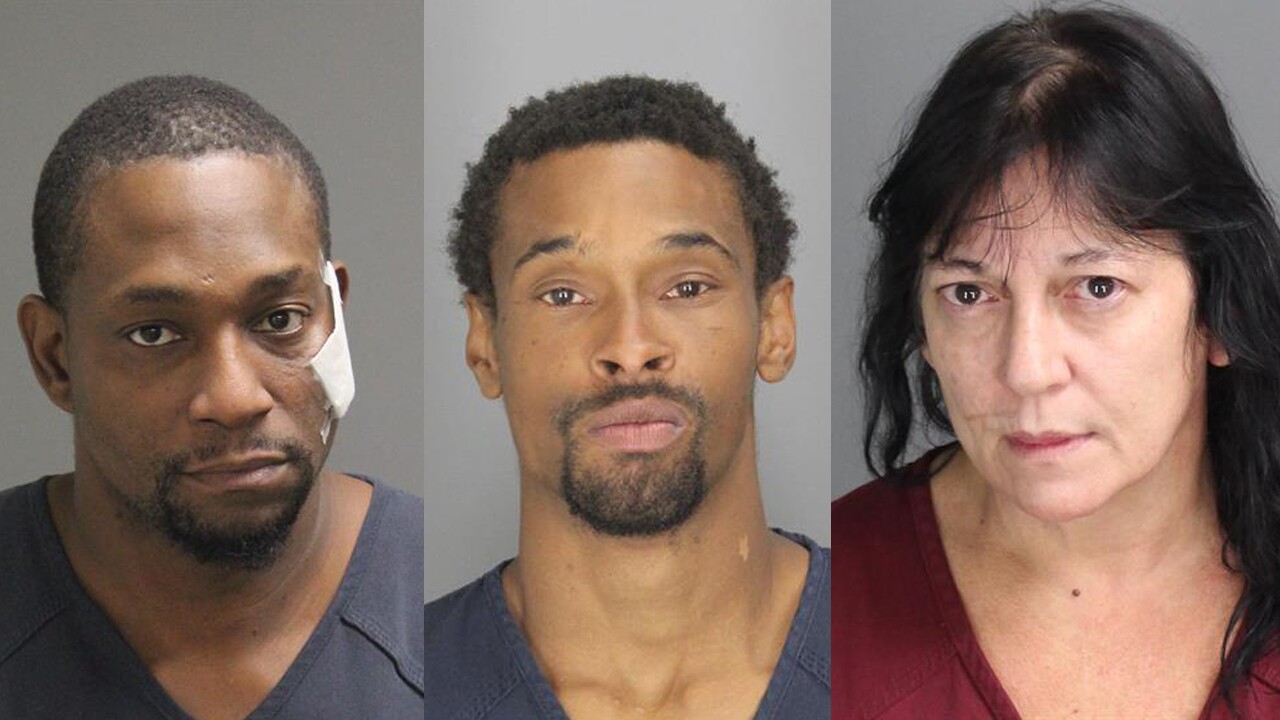 Two men and a woman are locked up in the Oakland County Jail, accused of cutting four fingers off of a man's right hand.

Police say the victim was observed by a Sheriff's Deputy who was driving in the lot of the Pontiac Substation when the SUV the victim was driving drove up onto the curb in front of the Waterford Regional Fire Department station, which is right across the street.

Then man then fell out of his vehicle as a firetruck pulled up behind the SUV.

The firefighters say the man, who was covered in blood, had waved them down and they followed him to the fire station.

The victim, a 38-year-old Pontiac resident, told deputies that he was outside of an apartment on Mechanic Street to meet up with a woman and her boyfriend.

Deputies say the woman later told them she had her boyfriend had planned on buying drugs from the victim. According to what they were told, once inside the woman's apartment to complete the sale, there was a knock at the door and the suspect was let in.

Once inside, police say the suspect began to assault the victim with what was called a large crescent wrench. That led to four of the victim's fingers being severed.

Police say it is believed the incident was possible retaliation for the main suspect having been shot the day before the incident. Police say the victim may have been responsible for the shooting.

The victim was taken to McLaren Oakland Hospital for treatment and then to the University of Michigan Hospital in Ann Arbor due to the severity of his injuries.

Police recovered three of his fingers inside the woman's apartment and the fourth was recovered in a grassy area. It was determined that it had been in the woman's purse. Doctors were only able to reattach one of the fingers.

A crescent wrench was not recovered. However, Police say the did recover a blood-covered knife, which is more consistent with the victim's injuries.

The suspects have been identified as 40-year-old Partick Fredrick-Deon Leak, 56-year-old Patricia Deneen Osborn, and 32-year-old Henry Rahsaun Simms. All have been charged with Armed Robbery and Assault with Intent to Do Great Bodily Harm Less Then Murder.

All three are due back in court on October 6.