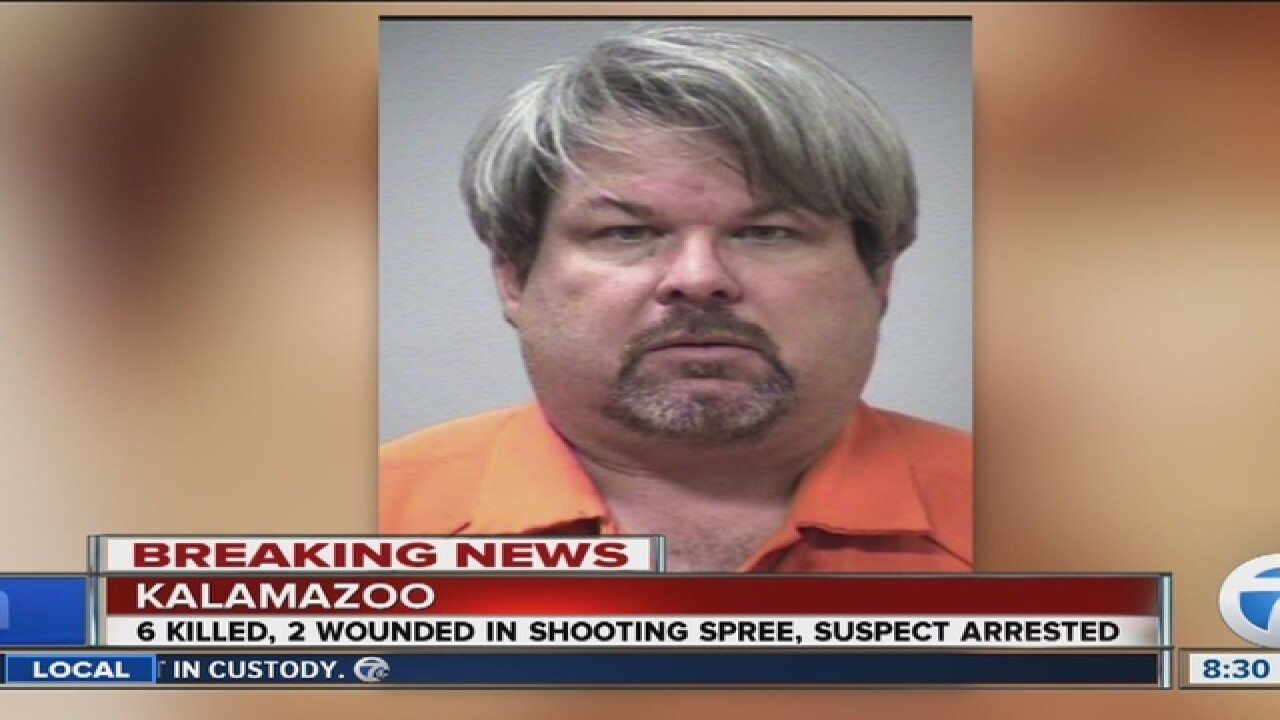 The suspect in the deadly shooting rampage in Kalamazoo that left six people dead and two others injured was an Uber driver, according to the company.

According to WOOD-TV , 45-year-old Jason Dalton was taking fares from passengers in between opening fire at three different locations on Thursday night.

WOOD also reported police are investigating reports that he dropped off a group of people at a Fairfield Inn, then went next door to the Cracker Barrel and opened fire, killing four people and severely injuring a 14-year-old girl.

According to Uber, he did pass a background check. Joe Sullivan, Uber's chief security officer, released this statement:

“We are horrified and heartbroken at the senseless violence in Kalamazoo, Michigan. Our hearts and prayers are with the families of the victims of this devastating crime and those recovering from injuries. We have reached out to the police to help with their investigation in any way that we can.”

Kalamazoo County Undersheriff Paul Matyas described a terrifying rampage that began about 6 p.m. outside the Meadows Apartment complex in Richland Township, on the eastern edge of Kalamazoo County, where a woman was shot multiple times and seriously wounded. She was scheduled for surgery Sunday morning.

A little more than four hours later and 15 miles away, a father and son were fatally shot while looking at cars at the dealership. Fifteen minutes after that, five people — including the teenage girl who police originally said had been killed, based on a pronouncement by medical officials — were gunned down in the parking lot of a Cracker Barrel restaurant along Interstate 94, Matyas said. Police said Sunday morning the injured teen remained in serious condition.

Matyas said authorities did not believe the shootings were targeted at specific people, describing them as "our worst case scenario."

"These are random murders," he said.

Dalton was arrested in a neighborhood about 12:40 a.m. after a deputy spotted his vehicle driving through downtown Kalamazoo, authorities said. Matyas said Dalton did not resist when approached by law enforcement officers, and one gun in the car. Matyas declined to disclose anything else police may have found in the vehicle.

"We had no problem with him," Matyas said of Dalton's apprehension. "In this particular case, we're just thankful it ended the way it did — before he could really kill anybody else."

Police said each of the shootings was random and Dalton was the only suspect.