Sucking your baby's pacifier may benefit their health, study says 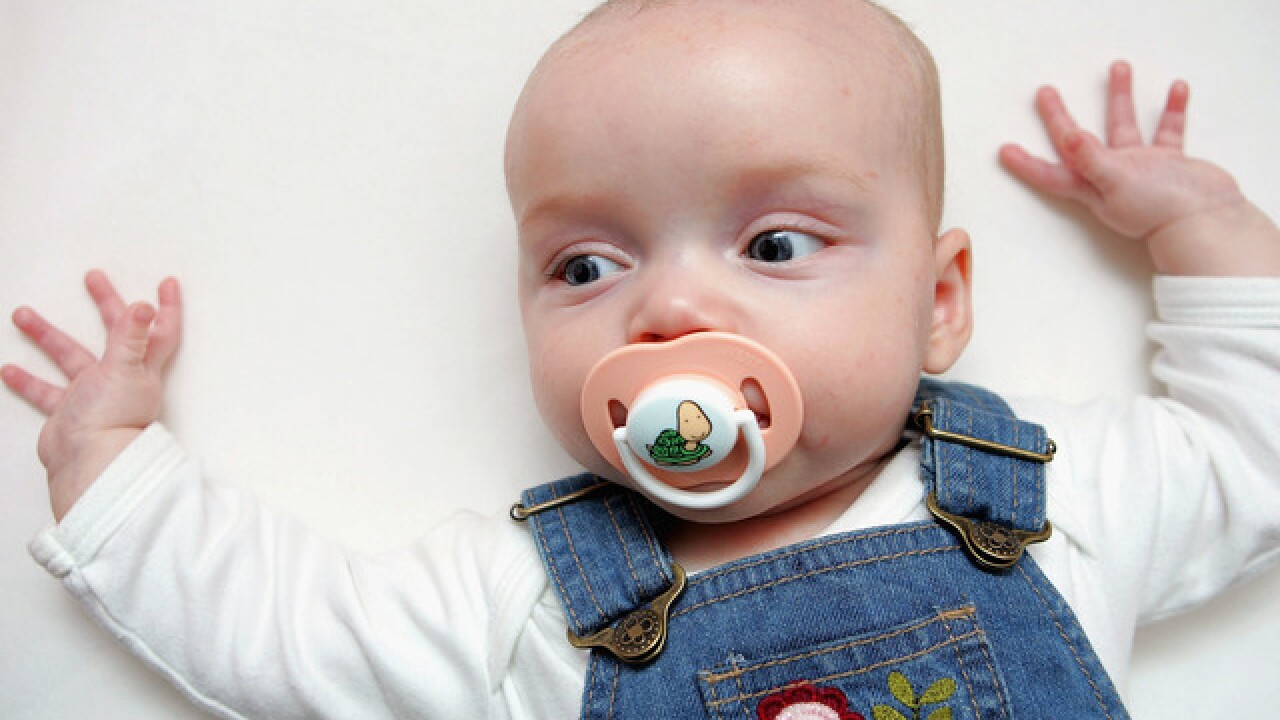 Copyright 2018 Scripps Media, Inc. All rights reserved. This material may not be published, broadcast, rewritten, or redistributed.
Daniel Berehulak
<p>LONDON - DECEMBER 09: In this photo illustration a baby suckles a dummy whilst resting in her cot on December 09, 2005 in London, England. A recent US study has shown that cot deaths can be reduced by 90 percent if a baby sleeps with a dummy. (Photo illustration by Daniel Berehulak/Getty Images)</p>

Babies whose mommies sucked on their pacifier to clean it are more likely to have better health, according to a study by Henry Ford Health System.

Many parents probably don't think twice about using their mouth to quickly clean a pacifier that has fallen to the floor. But it turns out, they are benefiting their child's health.

The study found that these babies "had a lower level of the antibody that is linked to the development of allergies and asthma."

Researchers conclude that the parents' saliva may be passing on healthy oral bacteria that in turn strengthens the development of the baby's immune system.

“Although we can’t say there’s a cause and effect relationship, we can say the microbes a child is exposed to early on in life will affect their immune system development,” says Eliane Abou-Jaoude, M.D., a Henry Ford allergist fellow and the study’s lead author.

“From our data, we can tell that the children whose pacifiers were cleaned by their parents sucking on the pacifier, those children had lower IgE levels around 10 months of age through 18 months of age.”

Henry Ford's study involved 128 mothers who were asked how they clean their baby's pacifiers.