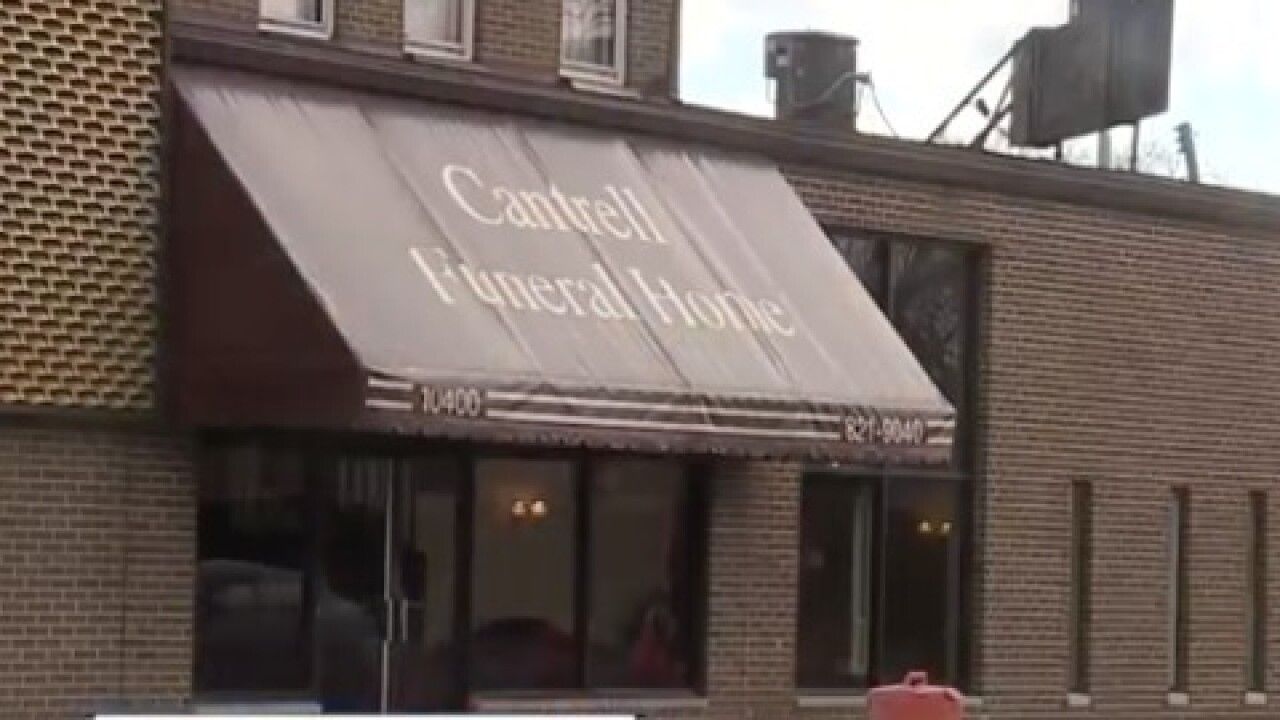 The Michigan Department of Licensing and Regulatory Affairs has completed inspections at every funeral home in the city of Detroit and found "no additional serious violations of the mortuary science and pre-paid funeral acts."

According to LARA, Detroit Police Chief Craig requested that the department investigate every funeral home in the city after violations at both Cantrell and Perry funeral homes.

Inspectors found 63 infant remains from Perry Funeral Home on Oct. 19 and several other fetuses and remains at Cantrell Funeral Home in mid-October.

According to LARA, they inspected all 43 funeral homes in Detroit. Of those, ten were completed in the last 15 months and the other 33 done in the last two weeks.

LARA said that they did find lesser violations, which included nine cases of non-renewal of medical waste permits, several cases of improper posting of licenses and damage to walls and flooring inside the homes.

“Our citywide inspection of Detroit funeral homes was based on the terrible findings at multiple funeral homes in the city and the corresponding increase in allegations received by the department,” said LARA Director Shelly Edgerton. “The results of our inspections affirm that the vast majority of licensees are providing services according to state law. We will continue to evaluate and improve our regulatory efforts to ensure that all funeral homes in Michigan are operating in a safe, respectful and lawful manner.”

Currently, the state of Michigan only requires funeral homes to be inspected following a new license, change in ownership or a complaint. Now, the department has shifted resources with the goal of visiting every one of the state's more than 700 funeral homes every three years.

“I thank LARA for their prompt regulatory inspections of funeral homes across the city, which have provided us with invaluable insights,” Craig said in a release. “We will continue to partner with the department and several other federal, state and local agencies as we investigate funeral home concerns in Detroit.”