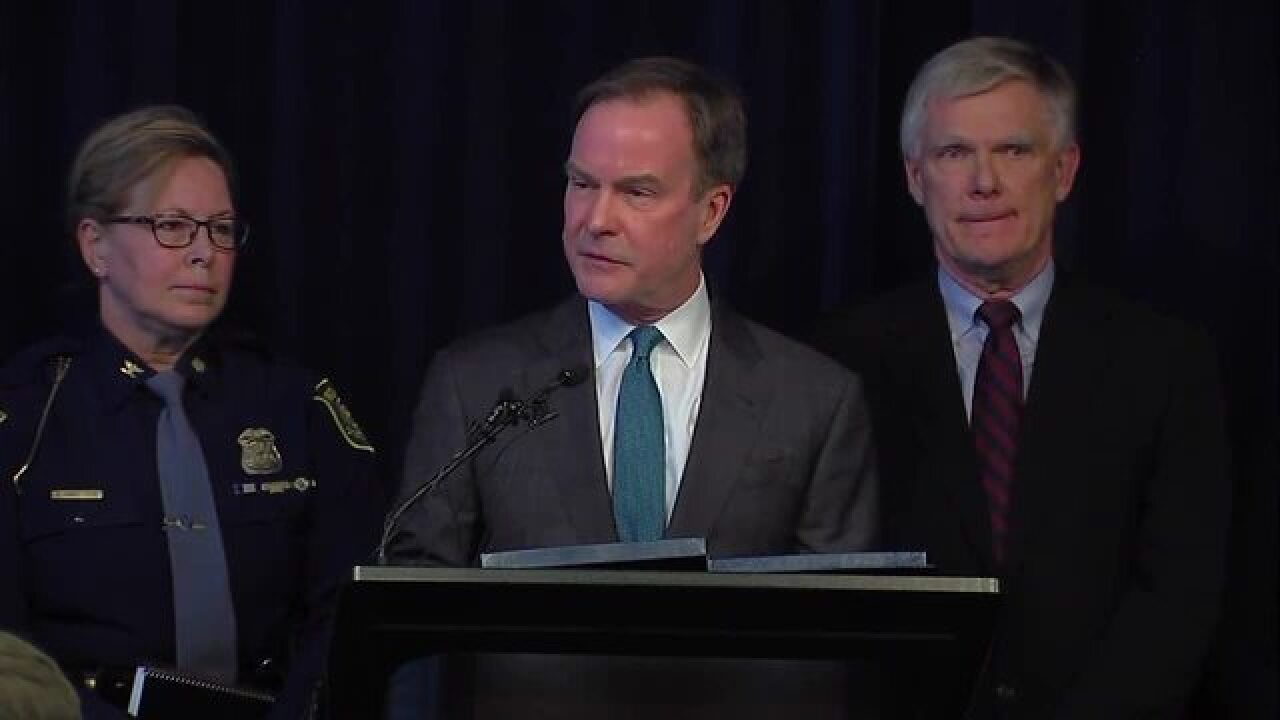 The special prosecutor appointed to investigate Michigan State University's handling of the Larry Nassar saga will update the public during a press conference on Tuesday morning in Lansing.

William Forsyth will provide the update around 11:30 a.m. and be joined by others from the Michigan Attorney General's Office and Michigan State Police.

In January, Michigan Attorney General Bill Schuette appointed Forsyth as the special prosecutor after opening an investigation into systemic issues with sexual misconduct at Michigan State University that began in 2017.

"In the days since Nassar's sentencing in Ingham County, 156 victim impact statements later, a full and complete investigation into what happened at MSU from the president's office down is required," Schuette said. "This investigation will be independent, thorough, transparent and prompt.

The MSU Board of Trustees did ask Schuette to investigate how the university handled Nassar's case, to which Schuette responded saying he didn't need their advice.

"They should be the last ones providing advice given their conduct throughout this entire episode. Their conduct speaks for themselves," he said.

Forsyth said that in his career, he's never seen anything of this scope in regards to the Nassar case.

"I was shocked, saddened, felt horrible for the victims, outraged by what he had done," he said.