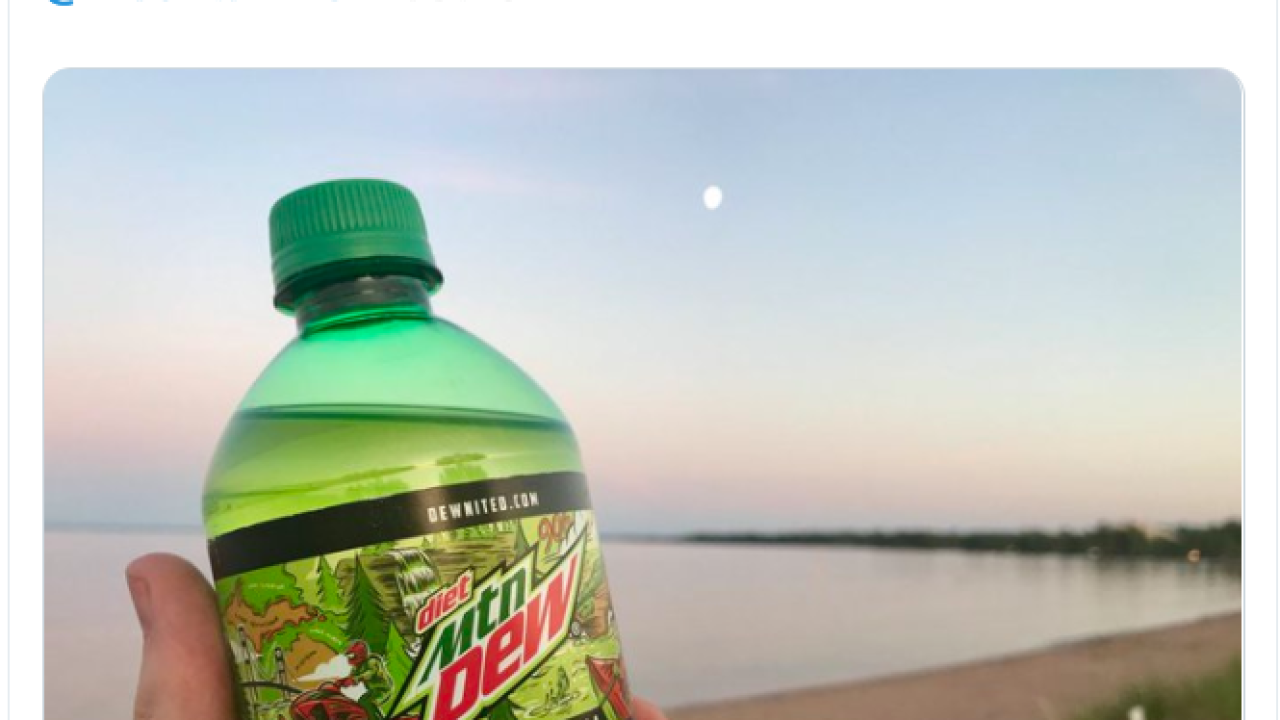 The wait is over. Mountain Dew has released its special edition label for Michigan's Upper Peninsula. This comes after the company made an egregious error by including the UP with Wisconsin instead of Michigan.

The special label was tweeted out by @UpperPeninsula on Twitter, which is the same account that called out Mountain Dew for the error back in July.

The Yoopers have spoken, I now have my own @MountainDew bottle. pic.twitter.com/YO8W1XUUd4

On the label is a person kayaking along a drop of mountains, trees and a waterfall, showing the beauty that is the UP.

The flub happened after Mountain Dew announced its DEWnited States contest with a photo of the U.S., but the Upper Peninsula was attached to Wisconsin, not Michigan.

RELATED: Mountain Dew tries to right a wrong with special edition UP label

This mix up came with a lot of backlash, which forced the company to apologize and make a correction.

You'll forever be a tiny part of my history. Thanks for all the fun.

The company hasn't announced where customers can purchase this limited edition UP label Dew, so keep your eyes peeled.