Sketch of suspect released in murder of man with special needs 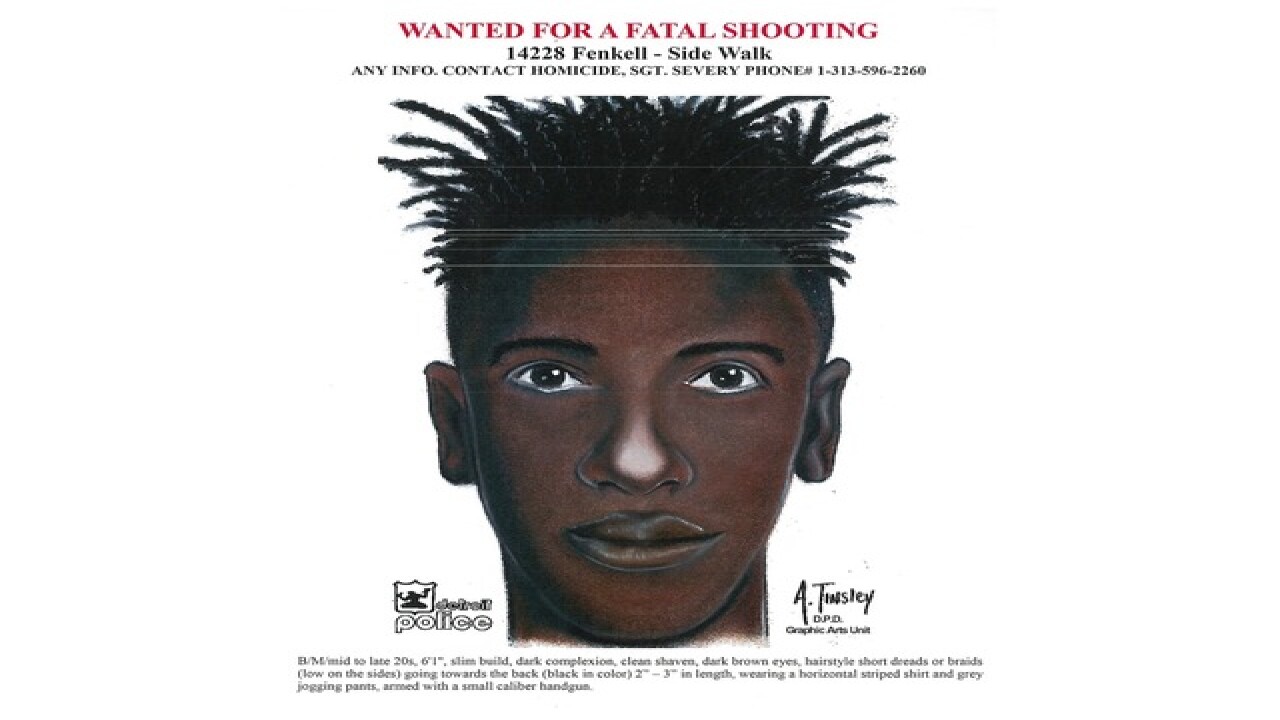 Detroit police have released a sketch of a suspect who they believe murdered a 24-year-old man with special needs.

Daran Burkes was a student at the Charles Drew Transition Center for young adults with special needs. He had cerebral palsy.

Police say the suspect walked up to Burkes around 4:20 p.m. on Sunday, Oct. 9 and shot him in the back. According to police, it's possible this was a case of mistaken identity.

The suspect is described as a black male, mid to late 20s, 6-feet-1 with a slim build, dark complexion, clean shaven, dark brown eyes and short dreads or braids in his hair. He was wearing a horizontal striped shirt and gray jogging pants, armed with a small-caliber handgun.