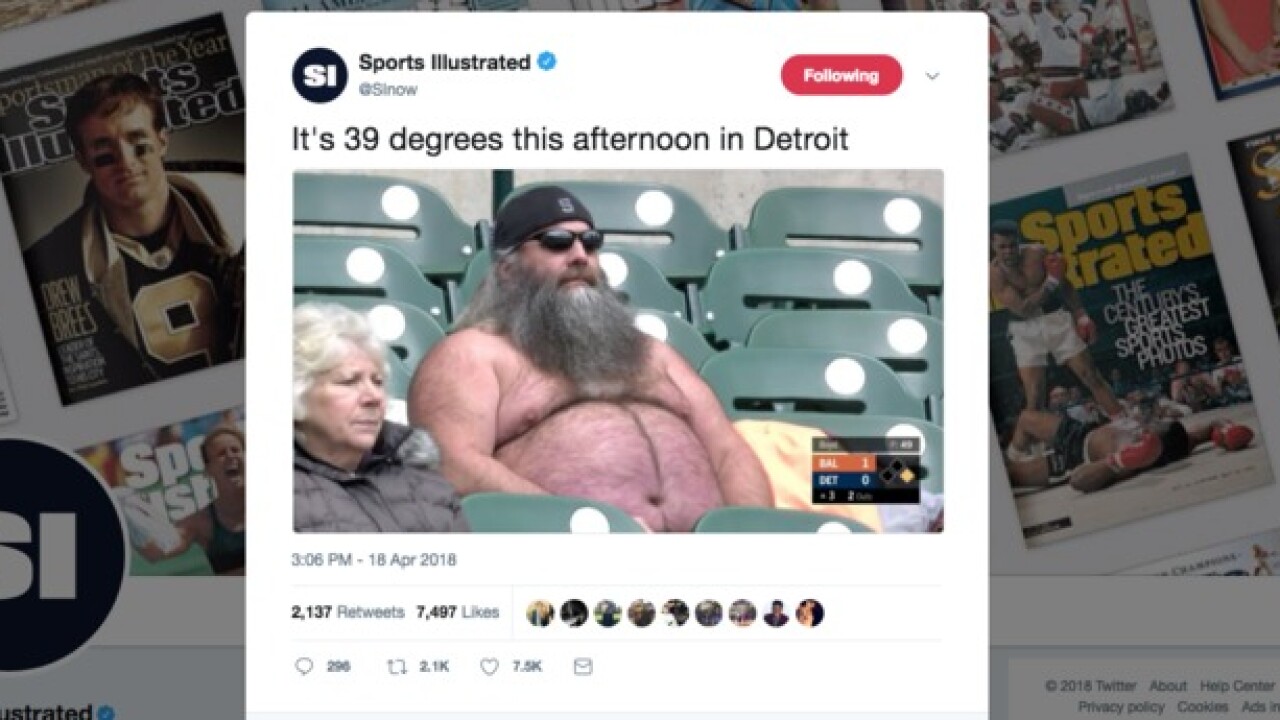 The Detroit Tigers played an afternoon game at Comerica Park on Wednesday despite temperatures in the upper 30s, and one fan has gone viral across the country.

Voz, who goes by "Chewbacca," was caught shirtless on the broadcast rocking sunglasses and a backwards Michigan State hat.

The photo was tweeted out by Sports Illustrated and went viral, garnering over 7,400 likes, 2,400 replies and 2,100 retweets.

It's 39 degrees this afternoon in Detroit pic.twitter.com/edXs9qBJEh

Will Burchfield from 97.1 The Ticket caught up with Voz during the game. He said he has gone shirtless to every Tigers game except one.

This is #Tigers fan Voz, aka Chewbacca. He’s catching a tan in 40-degree weather because he’s just not into shirts. “I run hot,” he said. pic.twitter.com/VbZlKQMPI4

The sun was out in the game. As you can see from the SI photo to the video, Voz got himself quite the sunburn.