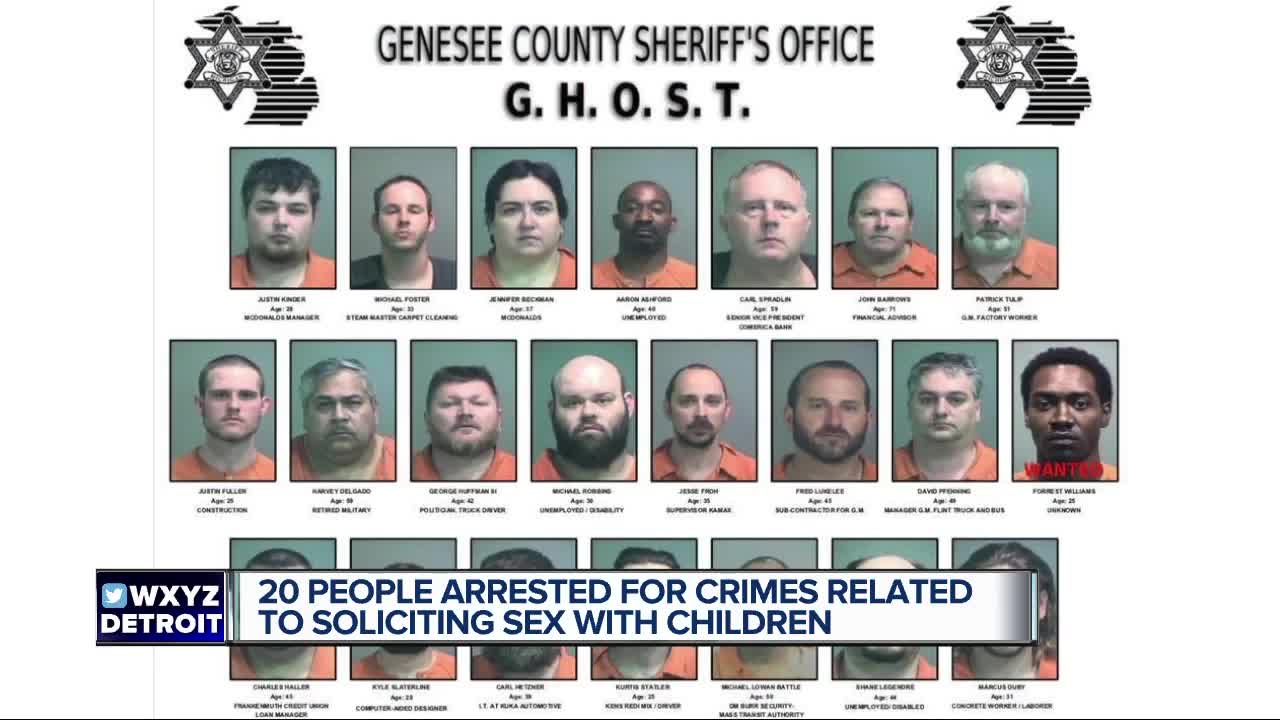 Twenty-two people have been arrested for human trafficking crimes, according to the Genesee County Sheriff's Office. 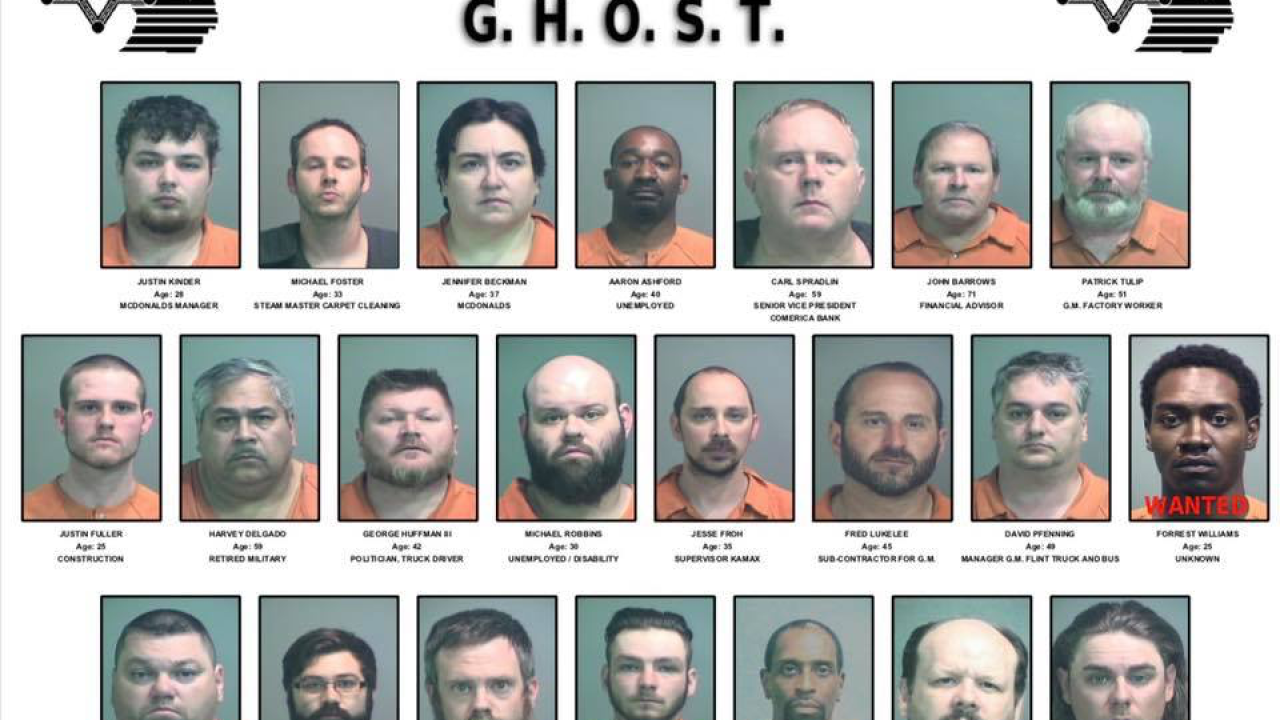 Twenty-two people have been arrested for human trafficking crimes, according to the Genesee County Sheriff's Office.

The Genesee Human Oppression Strike Team arrested the individuals for crimes related to soliciting sex with underage children. They were believed to be targeting children in Genesee County for sexual purposes.

One of the suspects named is Carl Spradlin, who is a senior vice president at Comerica Bank.

In addition to the 22 individuals, a mother of a 6-year-old has been charged with human trafficking of her daughter. The GHOST team made two additional arrest: One is believed to have sexually assaulted a 2-year-old and another who allegedly assaulted a 6-year-old.

Sheriff Robert Pickell will be holding a press conference detailing the arrests on Monday at 10 a.m. Click here to watch live