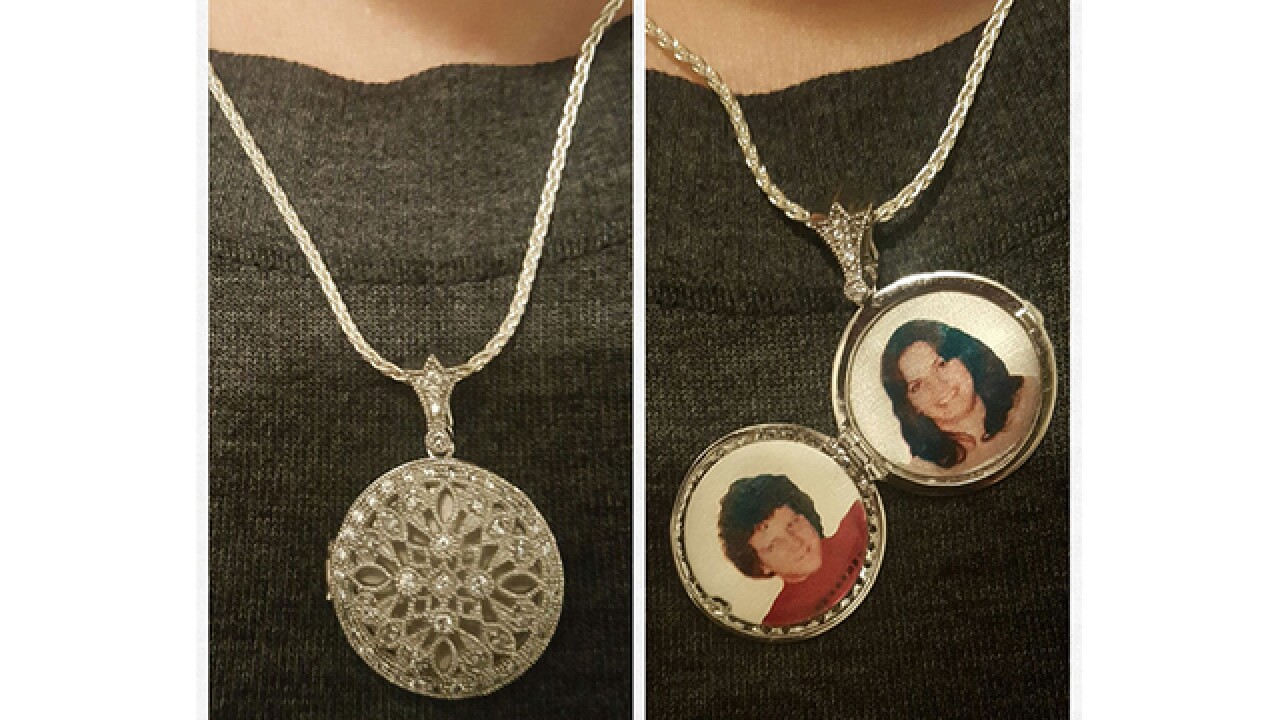 A Romulus woman is beyond grateful tonight after being reunited with a piece of jewelry that holds great sentimental value.

Claire Goss lost a locket necklace while enjoying the Swinggin' Pig Festival that took place in Wyandotte on May 18 and 19.

The charm was a graduation gift given to Goss by her co-workers in memory of her parents who passed away. Gross' father died when she was just 17 years old, her mother died in May 2016.

When Goss noticed the locket missing, she retraced her steps at the festival. But with no luck, she resorted to social media. In a Facebook post asking for help, Goss received over 1,000 shares, grabbing the attention of 7 Action News and reported the story on May 21.

"While my mom was sick and as she passed, I was in the middle of getting a bachelor’s degree," she told Action News. "And they knew that meant a lot to my mom as well and I wanted her to be there so they got this locket with my parents' pictures in it with the help of my boyfriend."

Now, nearly a week after loosing such a valued piece of jewelry, Goss has been reunited with the locket that holds the photos of her parents.

In an updated Facebook post, Goss said that the necklace was returned by a woman and her daughter who dropped the item off at her job.

Goss said that although she was able to thank and hug the women for returning the necklace, in her emotional state she forgot to ask their names.

Now she's hoping word gets out so that she can find out who the women are who reunited her with her parents.