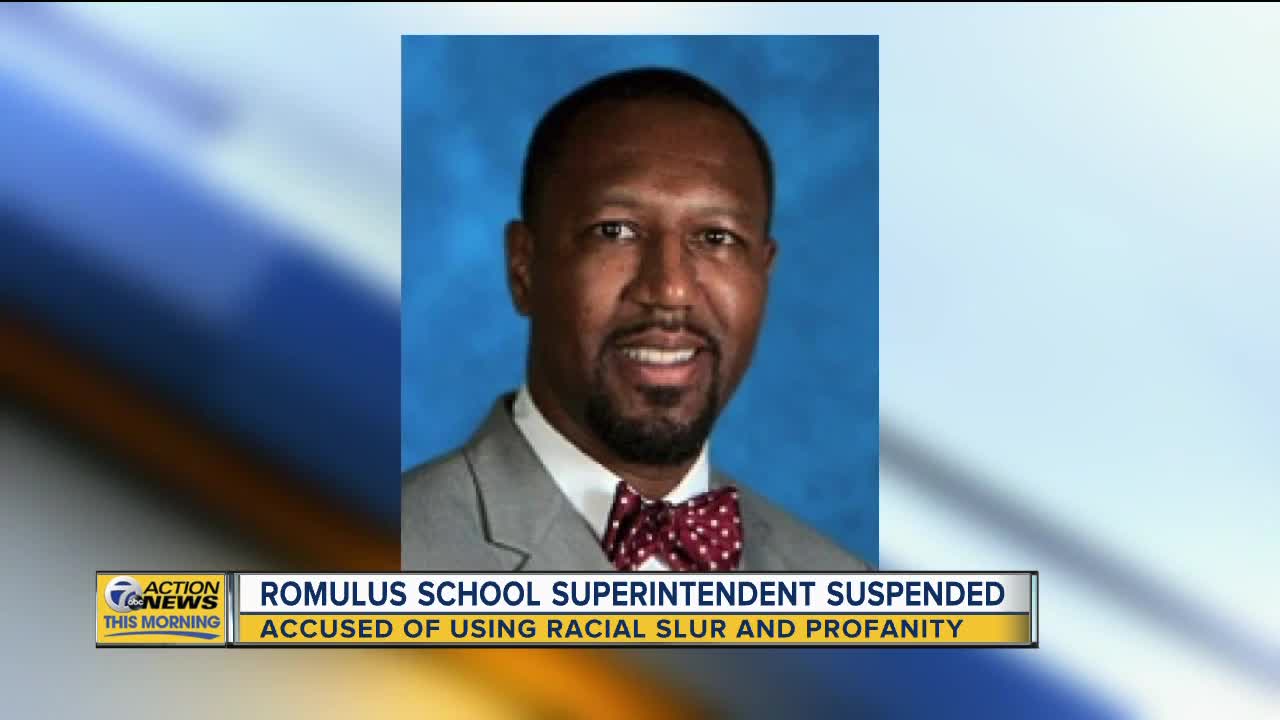 The acting superintendent for the Romulus Community School District has been suspended without pay for 10 days, according to a statement from the district released Feb. 21.

The district said in a statement that during a board of education meeting on Feb. 10 "the Acting Superintendent engaged in conduct that was inconsistent with this standard of behavior."

Superintendent Flinnoia Hall is accused of using a racial slur and profanity to address an African American employee at the district. Some say the punishment is not enough, while other say it is an excuse to terminate the superintendent of Romulus schools from his job.

The full statement from Romulus Board of Education President Ed Martell reads:

During its regular board meeting on February 24, 2020, the Romulus community schools Board of Education voted to rescind its appointment of Flinnoia Hall to the position of superintendent effective July 1, 2020, and to provide him with notice that the board is considering the non renewal of his superintendent and administrator contracts. In addition, the Board voted to place Dr. Hall on paid administrative leave effective March 9, 2020.”

“My standard is and always will be the best interest of our children and our district," Martell said.

During the meeting, some pushed for him to be let go from the school, while others say he should be given a second chance.

The district has not announced a next step in the evaluation of the superintendent.