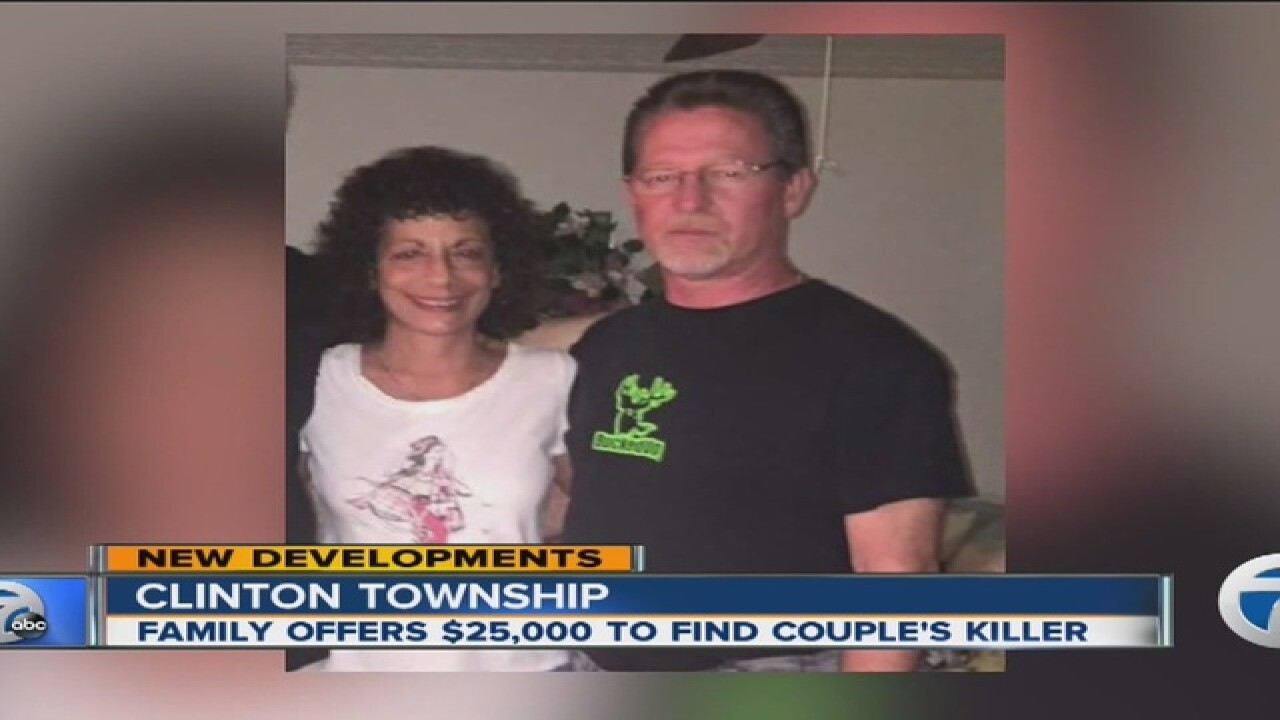 "I couldn't imagine what I saw," said Lou Rahhal who, along with his brother, found the bodies of their sister and her husband in their home in Clinton Township. "All the air left my body and I just buckled at the knees."

Christy McKeogh, 55, and her husband, Jim McKeogh, 57, were both killed by blunt force trauma.

Clinton Township Police say it's unclear what was used to beat the couple to death. It appears the killer(s) took the murder weapon with them when they fled the scene Thursday night.

Lou Rahhal and Carol (Rahhal) Sizemore, one of Christy's sisters, talked to 7 Action News about the incredibly heartbreaking loss to so many people who loved Christy and Jim.

Loved ones are now offering a $25,000 reward for information that leads to the arrest and conviction of those responsible.

Anyone with information is urged to call Clinton Township Police detectives at 586-493-7840.

Click on the video above to see Kimberly Craig's latest report and the interview with Christy's brother and sister.

The funeral for Christy and Jim McKeogh will be held at 11:00 am on Saturday at the Resurrection Funeral Home on Hayes in Clinton Township, according to the family.