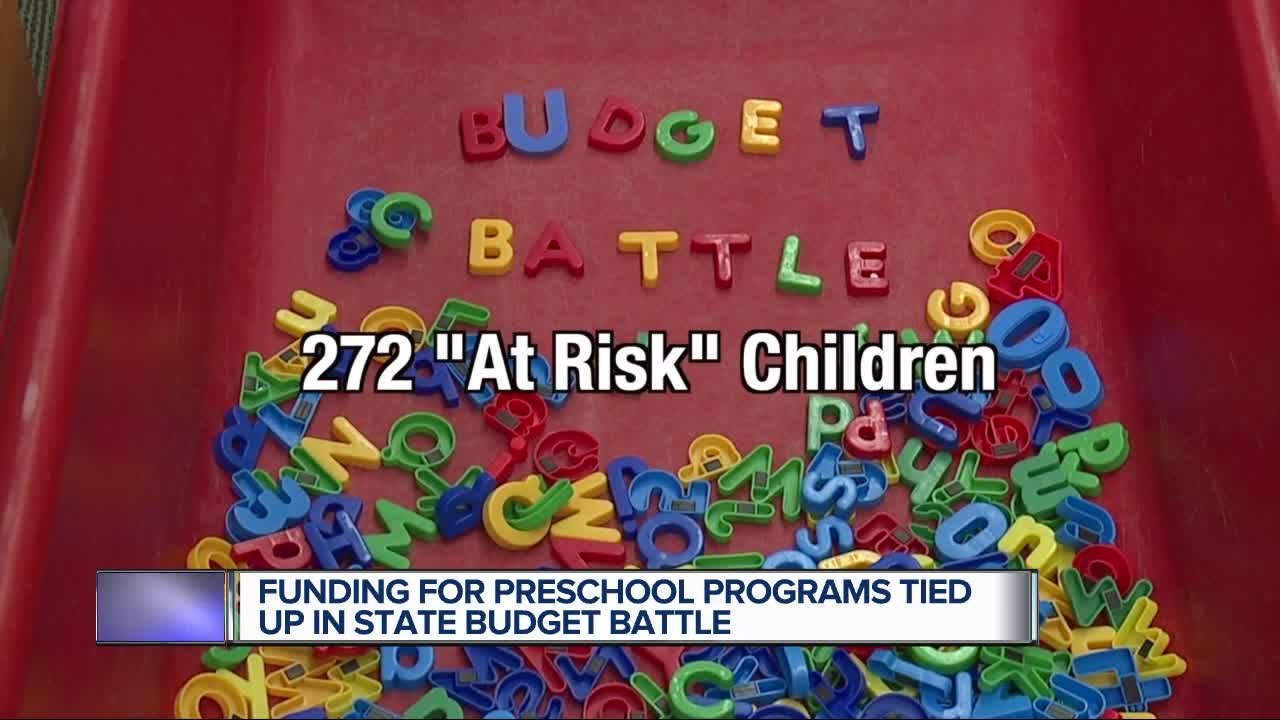 Preschoolers are paying the price for politics.

Preschoolers are paying the price for politics.

That is the message from school districts as they struggle to pay for programming. They say the funding for at-risk preschool programs is being held up because of the state budget battle.

7 Action News went to PEACE Academy in Pontiac. There we met Shantia Bridges and her 5-year-old son D’Quandre.

D’Quandre is going into a program for gifted children in the Pontiac School District this year. His mom says it is because of what he learned last year in District’s PEACE academy for preschoolers where she works.

“I am really nervous about them shutting down because this program helps a lot of kids in this city,” Bridges said.

Taking a look at who just in Pontiac could be impacted by this budget battle. There are 272 children enrolled in the program for at-risk students. Plus about 60 workers.

They all are reporting for the start of the school year next week. Usually they would already have received federal dollars from the state for this year.

“It will impact us if the state doesn’t release that money because the program will eventually run out of money and have to shut down,” said Nicole Harris, principal.

She says she wonders if Democratic Gov. Gretchen Whitmer will reach a deal with the Republican legislature before she runs out? The program has enough money saved from last year to pay for about two months of the program.

However, it may have to skip on some field trips or special projects for the children.

In other districts the situation is the same. Schools are using any savings they have to keep their preschools running.

“We need the funds in order to provide a secure academic foundation for the littlest people,” Harris said.