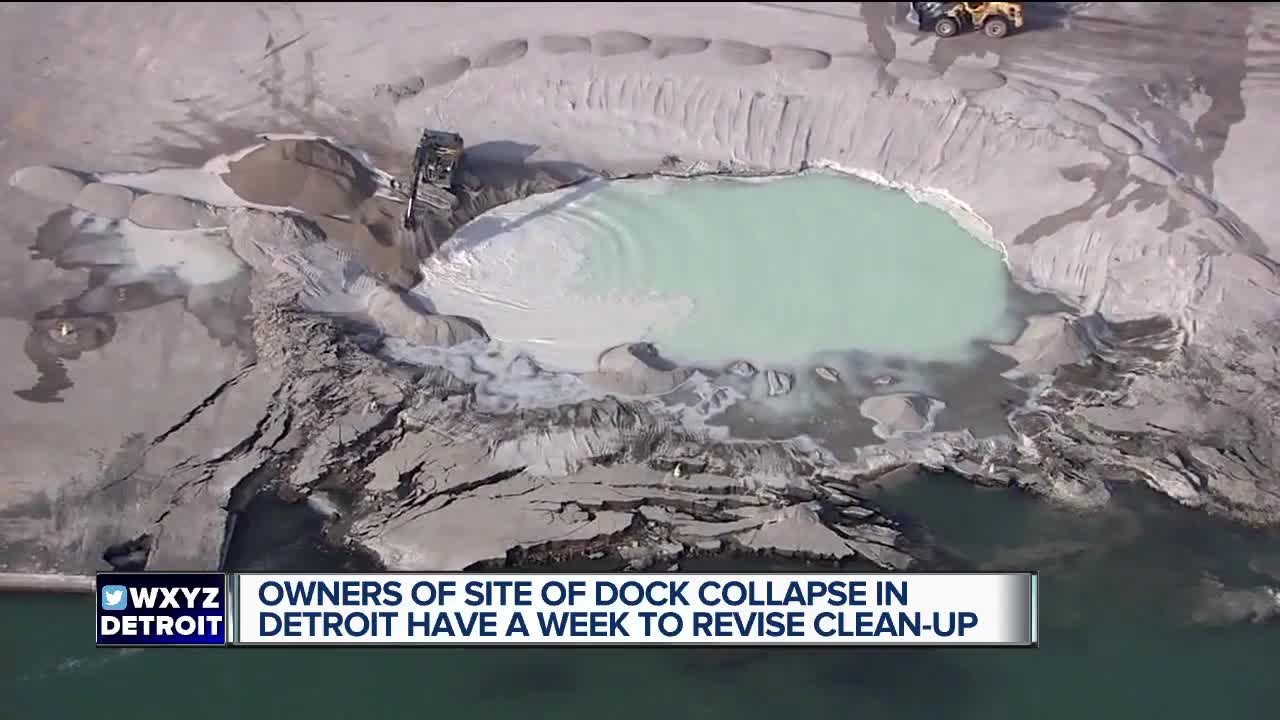 The owners of a property in Detroit where a dock collapsed have one week to revise their clean-up plan.

Officials with Michigan EGLE were back on the Detroit River assessing the runoff of aggregate from a site owned by Revere Dock and Detroit Bulk Storage.

The runoff started in December when a dock collapsed and a sinkhole formed that continues to grow.

The Department of Environment, Great Lakes and Energy has given the owners another week to come up with a clean up plan.

Nick Assendelft is a spokesman for EGLE who tells 7 Action News, “They’re doing whatever they can to avoid any of the contaminated soils from the site from eroding into the river.”

The company has placed a boom along the shore of the river with a 5 foot curtain underneath to catch runoff. The state is requiring that curtain to be 20 feet deep.

This site had been used to develop atomic bombs in the 1940s and chemicals on the site include PCBs, Uranium and Cyanide. But so far we are told, not at hazardous levels in the river.

The owners of the site must also cleanup what has runoff into the river which will be a big, delicate job.

Assendelft says, “And that’s what we want to make sure they come up with, a solid plan to make sure this doesn’t get compromised any further than what it is.”

There are concerns the winter storm moving in this weekend could add to more runoff.

We contacted the owners and have not heard back.