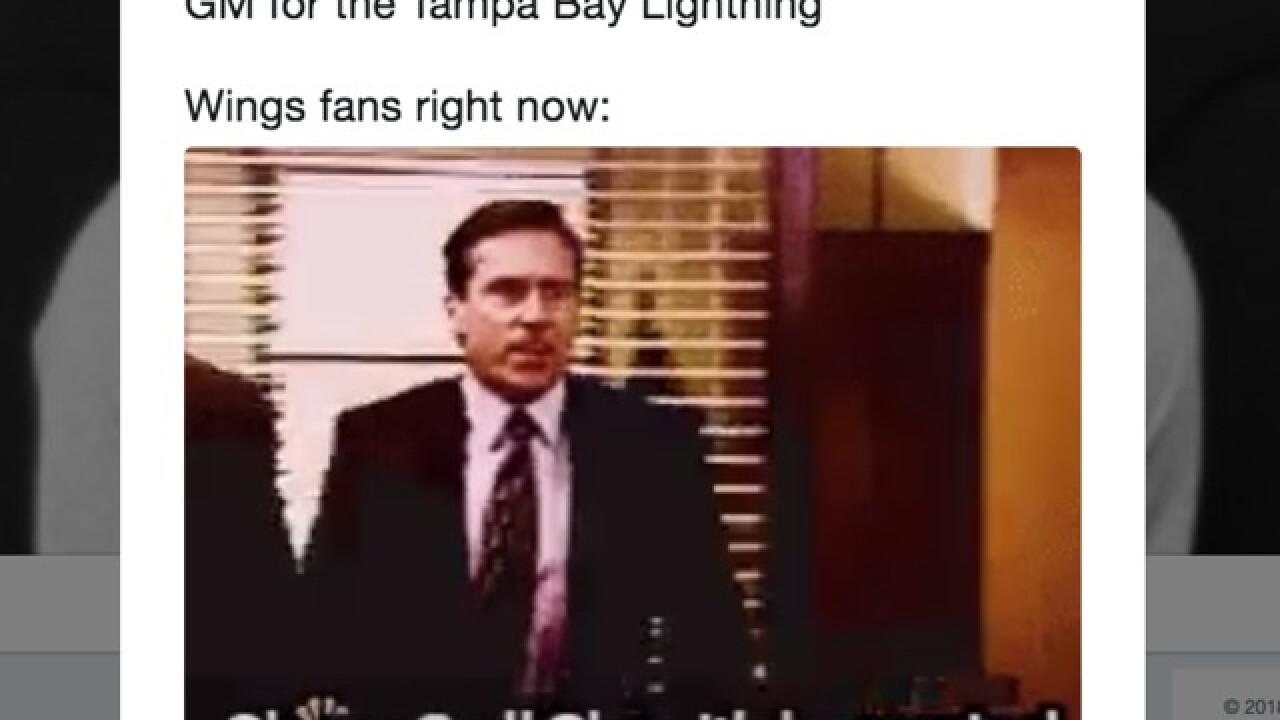 Detroit Red Wings fans took to Twitter on Tuesday afternoon after it was reported that Steve Yzerman would be stepping down as the Tampa Bay Lightning GM and taking on an advisory role with the team for the final year of his contract.

Fans used several GIFs to describe how they're feeling, and also made a few jokes at the Lions' expense. On the other hand, some Lightning fans were not happy with the move.

Check out the reaction below.

BREAKING: Steve Yzerman steps down as GM for the Tampa Bay Lightning

Im not one to believe in random sources about sports news. But when I hear Steve Yzerman is "going home to Detroit" I lose my damn mind.

Everyone on Twitter reacting to the Steve Yzerman news. pic.twitter.com/nu3StzOf4T

MUCH LIKE IN 1983 WHEN DETROIT WAS AT A LOW POINT, STEVE YZERMAN IS COMING HOME TO RESCUE THE CITY https://t.co/aNXXx0BbVe

Going "home" to Detroit. Instant warm and fuzzies. Can someone check if there is a 'Steve Yzerman' nameplate at @LCArena_Detroit? https://t.co/8cbe33vEII

Look, Matt Stafford was bad last night, but I'm really not sure a 53-year-old Steve Yzerman is the answer at quarterback. https://t.co/Zfaj0Ipkuo

@ Steve Yzerman: if you go back to Detroit pic.twitter.com/jMBxfQGY1T