Joe Harton reached out to FOX 17 Problem Solvers after he says Darren’s Tree Service took several hundred dollars from him and never finished the job. 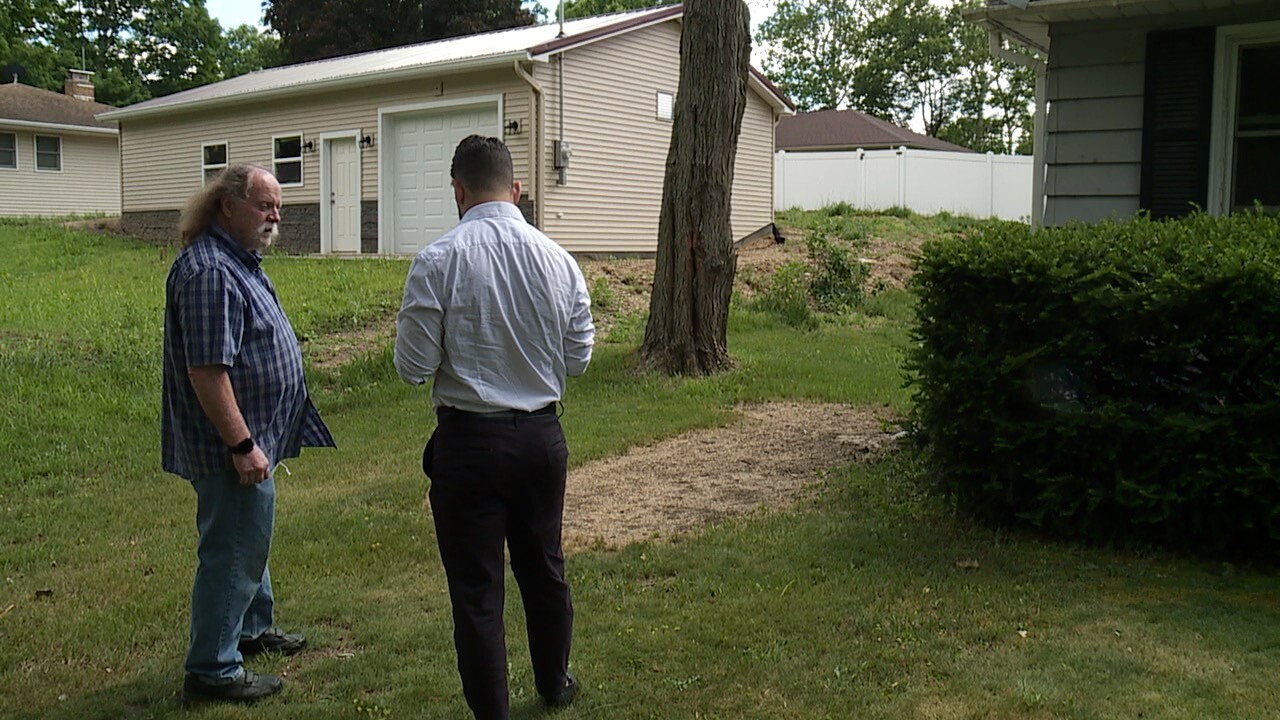 A tree service in Barry County is accused of taking money and not doing the job.

Joe Harton reached out to FOX 17 Problem Solvers after he says Darren’s Tree Service took several hundred dollars from him and never finished the job.

It’s hard to miss the 18-foot-tall tree stump left over in Harton's yard in Hastings.

Harton says he hired Darren Huffman of Darren’s Tree Service to take it down in October, after he took down another of his trees.

“When Darren was here I [asked] how much more to take down this other tree and he says it'll be a little bit more, I can do that. And there it is, still left over, just never finished the job but he took the money,” Harton explained.

Joe says he gave him $700 and hasn’t heard from him since.

“No response he's not returning phone calls and I mailed him a letter. It's just, no response,” Harton added.

So we decided to give Darren’s Tree Service a call but we got the same treatment as Joe.

We also visited the address on the receipt Harton was given, but no one answered the door.

“I don't know why someone would want to take money and not finish the job what they got paid for doing,” Harton added. “Now, with anybody. If the job isn't complete don't pay it all. Holds money back till the job's finished.”

Some good news to end here, another local tree service in that area, Ritchie’s Tree Service, heard about the story FOX 17 was doing and took down the rest of Joe’s tree, free of charge.

We still have not heard from Darren, though in the past couple days we’ve received calls from people who say they’ve had similar problems with him, something we’ll stay on top of.