Advocates push for $600 in federal unemployment benefits to be extended 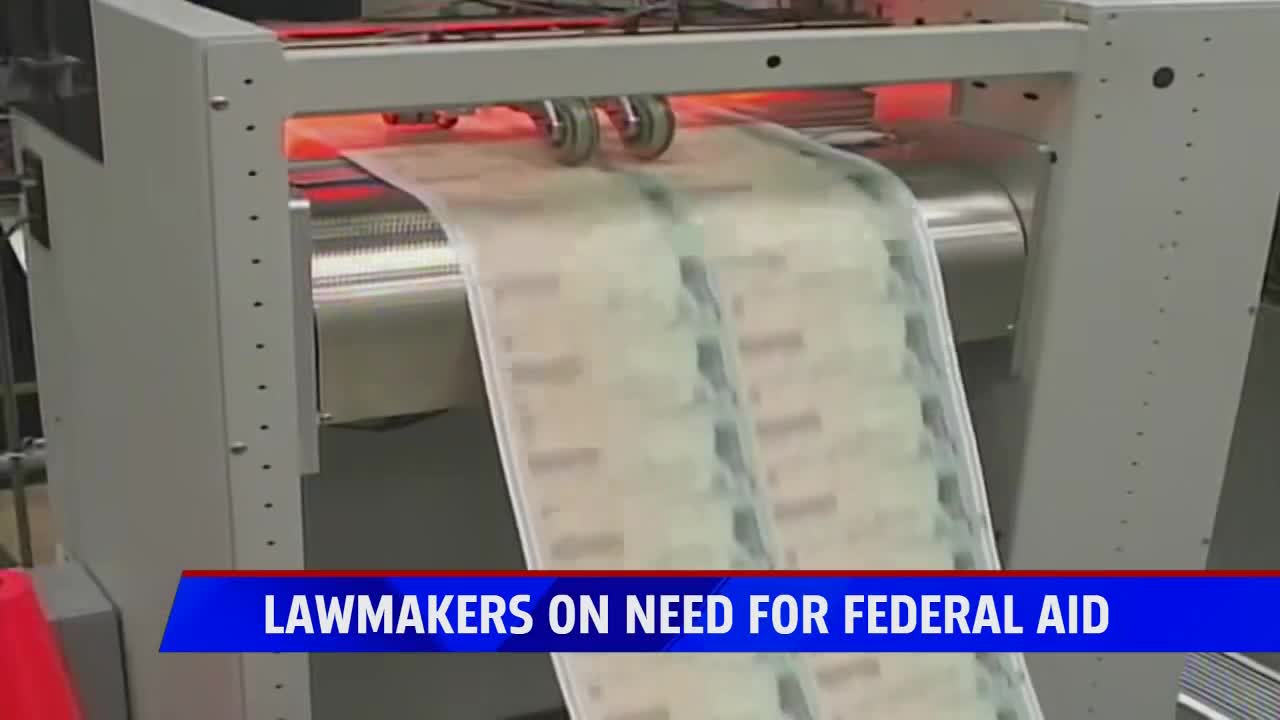 Lawmakers on need for federal aid

A lot of people have asked about the federal government’s weekly $600 unemployment boost.

It ended this past weekend but several groups are trying to get it extended.

The biggest reason that people here in Michigan rely on it, is that unemployment payments aren’t that high.

If you’re on a regular claim, the max is $362 a week and $160 a week for Pandemic Unemployment Assistance or PUA.

While the money is helpful, some people have not been paid at all.

“Basically, right now we’re putting things on the credit card to pay for things. It would be nice if I could get that backpay,” said Allison Tyrrell of Hougton Lake.

She worked Michigan State Police since 2015.

When her husband retired in January, she left the agency to work nearly full-time at her second job with the Northern Michigan Law Enforcement Training Group.

“Actually, March 13th was our last day to work at the office. It's on a military base and civilians aren't allowed on the military base when the shutdown came so we had to work from home,” said Tyrrell.

Her hours went from nearly 40 a week down to just 20 a month.

Allison’s position was eliminated in June and after being denied benefits she protested the agency’s determination.

“So, I got the paperwork and filled out the protest. I sent that in, and I still have not heard anything. The problem is it’s been 5 months since I first applied,” she said.

Being on a fixed income with her husband’s retirement they’ve had to make some tough decisions to pay their bills, including selling the family pool.

“But we liquidated my 401k to pay taxes and we have property taxes due here in September and we don’t have the money. We weren’t financially prepared for me to stop working,” she said.

Which is part of the reason that some are asking the federal government to extend the $600 a week in unemployment compensation.

It expired in Michigan on July 25th.

“The lawmakers in Congress have made their counteroffer of renewing that program at $200 a week which we know is not enough,” said Ryan Bates, Executive Director of Michigan United.

Community leaders, policy experts and a state lawmaker met on Zoom Thursday to push the government to extend the extra benefits.

Especially for families in poverty before the pandemic.

“We still have people who are not able to get back to work, and to take that away takes away their lifeline that many families need who have children, elderly, people who are dealing with choosing between food and medicine,” said Dr. Steve Bland, Senior Pastor at Liberty Temple Baptist in Detroit. “And let’s understand, they were already on a lifeline before the pandemic.”

“This is not saying, you know, you’re just giving these lazy people money. No. They were people who were working or else they would not qualify for unemployment,” said Michigan Representative Brenda Lawrence.

“When they [republicans] said they wanted to negotiate, no one knew that they would come back with $200. But we have record numbers of people still applying for unemployment and people are concerned about their rent,” said Lawrence.

An issue that Allison has definitely worried about as well.

After talking with FOX 17, Allison should now be able to apply for PUA and get her backpay.

As for the HEALS Act, it would add another round of stimulus payments and drop the pandemic compensation to $200 a week through September.