Secret recordings may invalidate some signatures 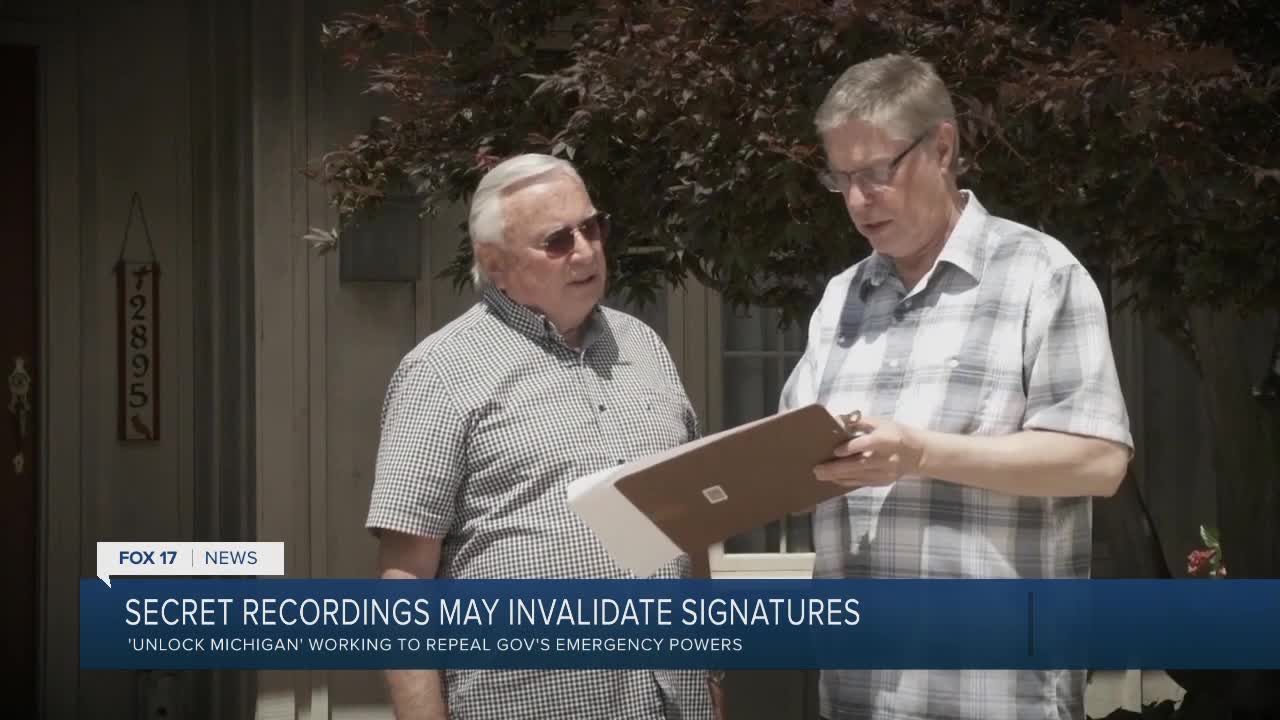 A petition to repeal a law at the center of Michigan’s coronavirus state of emergency has far exceeded its signature goal.

Unlock Michigan, the group spearheading the initiative, has collected 500,000 names – far surpassing the just over 340,000 they needed.

As recently as September 3rd, Governor Gretchen Whitmer has used the 1945 Emergency Powers of the Governor Act to extend Michigan’s state of emergency without input from lawmakers, allowing her to unilaterally and indefinitely control things such as the closure of businesses or suspension of state laws.

A similar law from 1976 sets a 28-day limit on emergency states before lawmakers but never repealed the 1945 law.

“We knew that this law had to go, it was always a goal of ours,” said Ron Armstrong, co-chair of Unlock Michigan. “Let the representatives represent their people, their area, their county, work locally with their counties and health departments on making sure we have a safe way forward.”

Unlock Michigan wants those signatures certified by the state Board of Canvassers and approved by the Secretary of State’s office as soon as possible – ideally before the end of November, according to Armstrong – so lawmakers can vote on it before the end of 2020.

A simple majority in the state House and Senate would repeal the 1945 law, and the decision would be veto-proof.

But recordings obtained by the Detroit Free Press could threaten the validity of some signatures.

The recordings were handed over to the paper by Keep Michigan Safe, the group opposing Unlock Michigan’s petition. In them, a trainer for In the Field, Inc., a California-based company that coaches paid signature collectors, can be heard telling a group:

“This is a real shady job, and when I say shady, I mean people do all sorts of illegal s--- all the time and never get caught. It’s really hard to get caught.”

The coach goes on to direct workers to obtain signatures through illicit means.

Armstrong says In the Field, Inc. will not be paid for their work on the petition efforts, and that the group has more than enough signatures despite the potential that some might be invalidated.

“Keep Michigan Safe and this whole group, just happened to be there during a short training session of a person who was contracted through a small sub-contracted company,” said Armstrong. “Remember, we have 140,000 additional signatures.”

Armstrong said there is nothing misleading about their door-to-door pitches or advertising, and that the bulk of the signatures were collected by volunteers and not paid canvassers from In the Field, Inc.

FOX17 has not independently verified the tapes and neither Keep Michigan Safe nor In the Field, Inc. could be immediately be reached for comment.

A spokesman with Attorney General Dana Nessel’s office said they are reviewing the tapes after receiving a letter to their office about them.

Armstrong is hopeful the petition will pass with haste.

“No governor, republican or democrat, should have unilateral authority over all things in regard to the people of Michigan,” he said.