Shri Thanedar moves to Detroit, considers run for mayor or other elected position 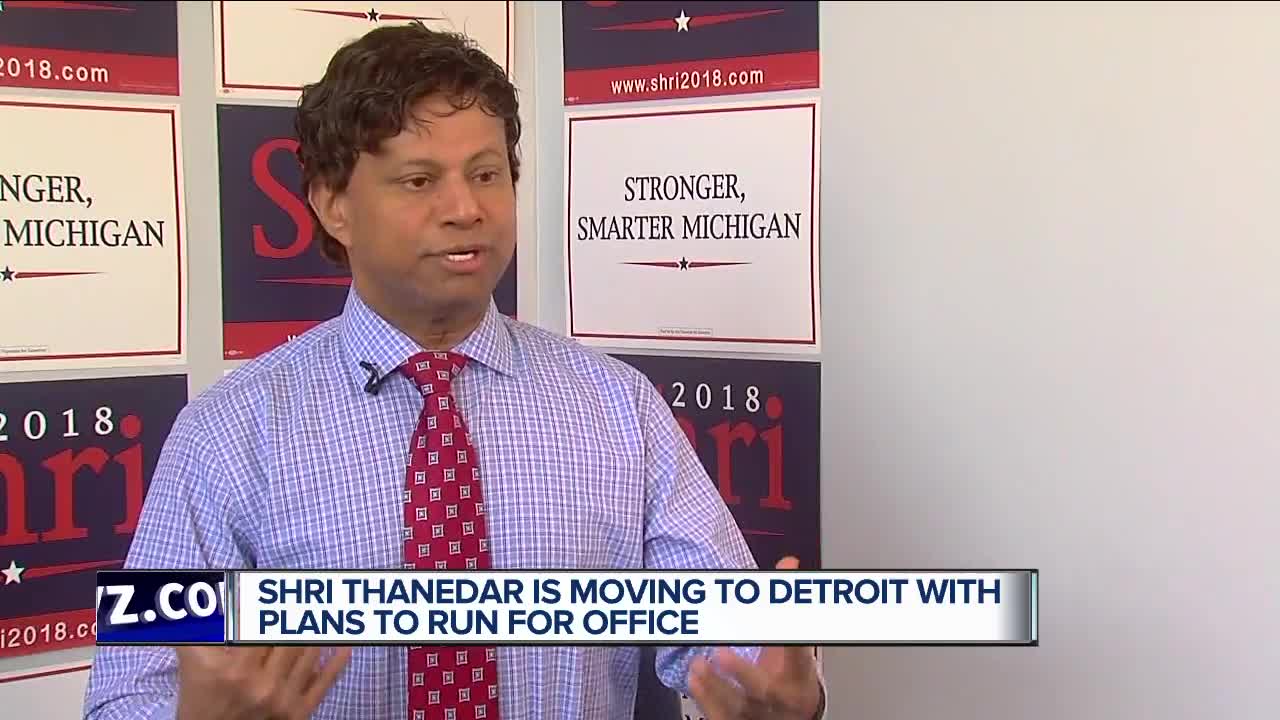 Former Democratic gubernatorial candidate Shri Thanedar is moving to a home in Detroit and considering a run for political office, he confirmed Saturday to 7 Action News.

Shri Thanedar was a Democratic candidate for Governor last year. He’s now discussing his next move, to Detroit and a new residence for a new campaign.

He says as a candidate he saw Downtown is doing well. And he can make an impact in neighborhoods that need help.

“I saw the life is at times and in places looked worse than that of third world countries. Now remember, I grew up in India. I grew up in poverty,” Thanedar said.

He started the buzz late last week when he posted on social media he was moving into a Detroit house. He says it will be in Palmer Woods later this month.

Thanedar adds, “I have been an entrepreneur. I have ran businesses all my life. My family’s doing well. At this stage I want to do public service. I want to give back because I came to this country with 20 dollars in my pocket. And this country has given me so much.”

Thanedar says he’s considering a run for Mayor or City Council or County Commission, “I have not decided what election I would be running next. I would like to be an elected official helping Detroit. And that’s the reason I’m moving to the city. However, what position that will be I have not decided.”

Thanedar says he has at least a year to make up his mind.