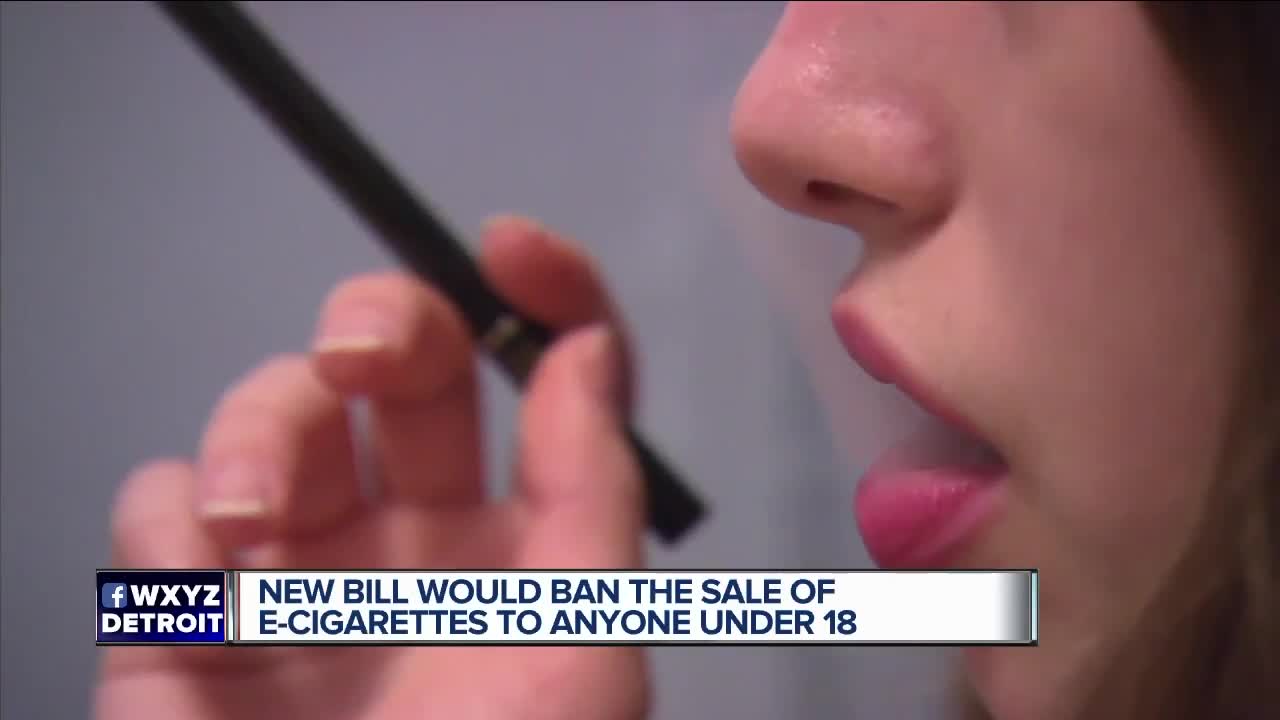 The Michigan legislature is considering a bill that would ban e-cigarettes to anyone under 18-years-old.

Vaping has become very popular as an alternative to cigarette smoking. And many believe state and federal laws are behind in keeping up with the new trend.

Medical experts say vaping is just as dangerous as smoking. And manufacturers of e-cigs are criticized for targeting teens and young adults.

Dr. Shaun Jayakar of Ascension St. John says vaping can rewire the brain of a user under the age of 25 and form an addiction. And the dangers include Cancer, Heart Attacks, Strokes and something called popcorn lung with scarring and breathing problems.

Michigan is the only state not to ban the sale of vaping devices to teens under 18. House Bill 4164 could soon change that. A version has passed the Michigan Senate and is about to be voted on in the House.

The bill includes penalties for stores that sell to under age teens, $100-$2500 and the teens could also be charged $50 and ordered to do community service.

The Zazz gas station in St. Clair Shores already has a system in place that requires an ID check for tobacco and alcohol sales. Manager Roger Berro says they are already being checked by police and the FDA for sales to minors on tobacco products.