Inkster murders may have Craigslist connection 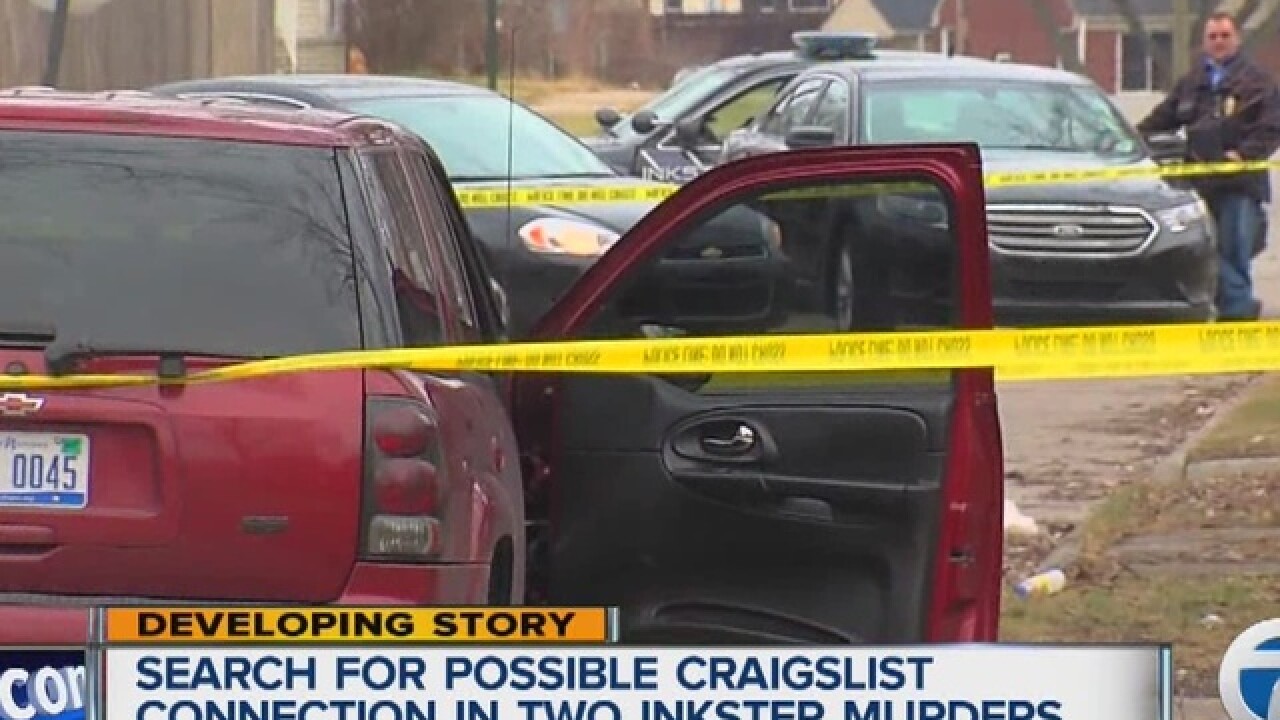 Police are investigating two murders in Inkster, where both victims were found shot to death inside their cars. The killings came one week apart.

Now, investigators are trying to figure out if these are Craigslist killings, and if they could be related.

James Nguyen, 53, received a call on January 31st. After eating, he ran out the door and told his family he would be right back. He never returned.

Nguyen was shot to death inside his car near Magnolia and Inkster Road in Inkster. His son tells 7 Action News he was an engineer and the father of four sons, including one with special needs.

Sunday afternoon, one week later, another man died after he was shot inside his car on Glenwood, near the same area as the first shooting.

Michigan State Police are trying to figure out if these could be Craigslist killings.

Nguyen's family say they didn't know what he was doing that day, but tell us he was into buying and selling used cell phones on the Internet.

Investigators say there are similarities, following the same trend of luring folks in for a Craigslist deal. But right now they aren't saying the two are related.