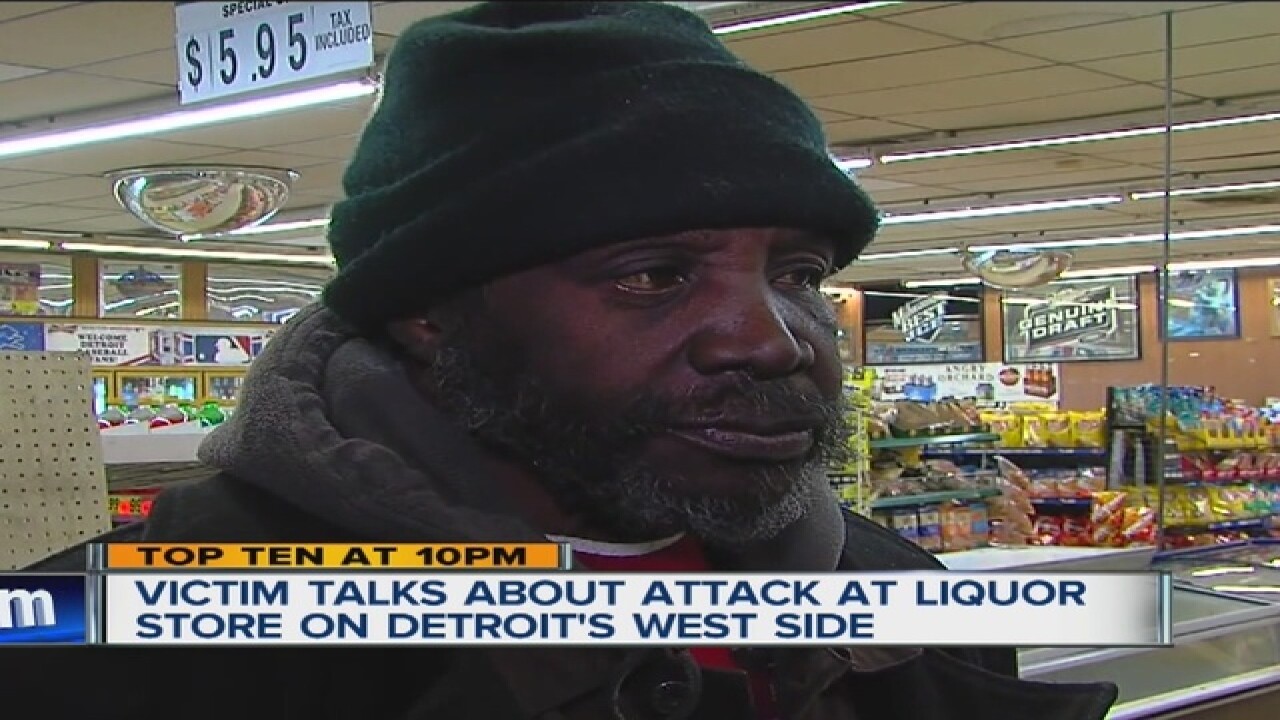 Detroit police say they have arrested one of three suspects who were involved in the beating and robbery of a 64-year-old Detroit man last week.

According to police, they have arrested one of the suspects who hit and took items from Perry Ulmer.

Another man then swings on him while he's on the ground, stealing his money.

We're told Ulmer has known the three suspects for years.

He says, "It's hard for me to believe. I never thought this would happen but it happened to me."

Police say the suspects left in a silver, four door car. They were back at the scene on Plymouth Friday night, talking to Ulmer and looking for any clues.

Ulmer spent two days in the hospital after the Feb. 6 attack. If you have any information, call police right away.