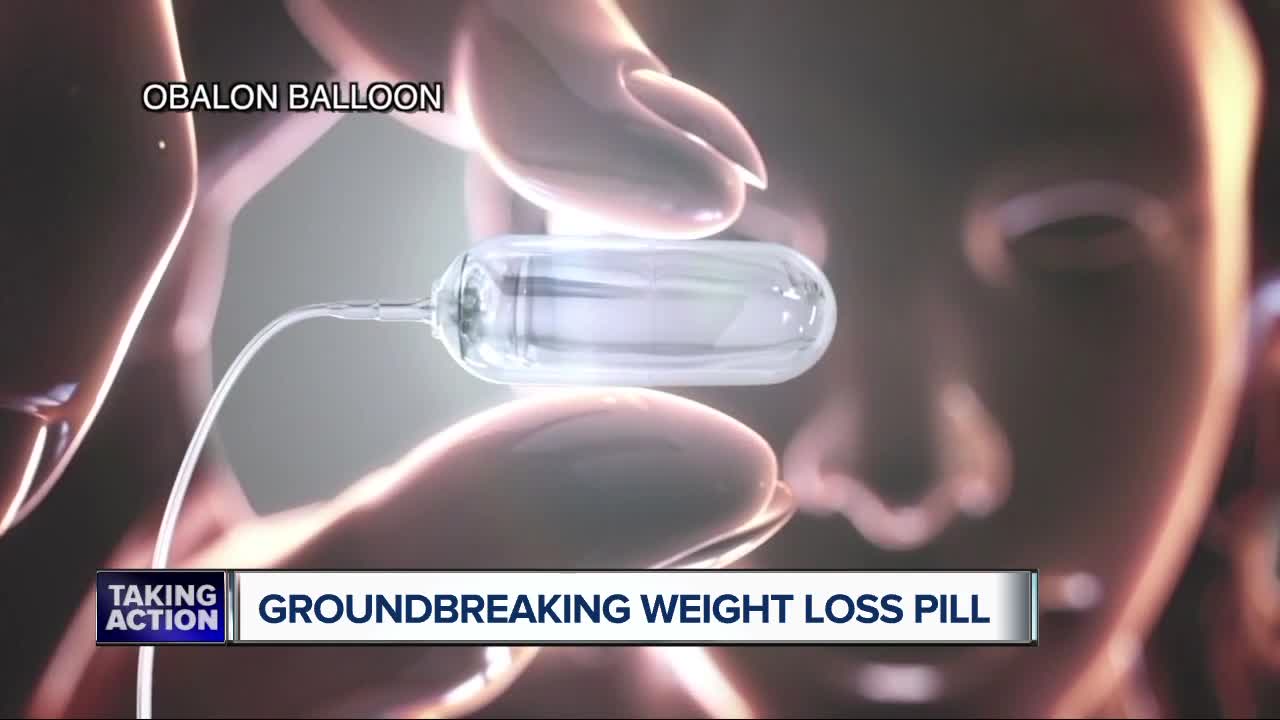 Monique Ramsey has struggled with weight most of her life.

Monique Ramsey has struggled with weight most of her life.

"I'm 5'1, and so weight loss has always been something that's a struggle, and it's definitely a heredity component."

"I think I've tried just about everything, and you know, it's hard to sort of feel like you're starving yourself through crazy diets and things like that," said Ramsey.

In July of 2017, she decided to try something new.

"This is a tool that is such a game-changer," said Ramsey.

That tool is the Obalon Balloon System. Mark Brister invented the device at the Obalon Therapeutics manufacturing center in Carlsbad.

"There weren't a lot of technologies out there to help people who were just overweight. Most people had to wait until they were morbidly obese in order to be eligible for treatment so we decided to invent a product that would fit the middle ground," said Brister, who is the Chief Technology Officer at Obalon Therapeutics.

Obalon is the only FDA approved swallowable gas-filled balloon for people roughly 30 to 100 pounds overweight.

"It's about the size of a cheeseburger, and the doctor will place three of these by having you swallow them in a simple in-office procedure over the six to eight weeks," said Brister.

The balloon is inside a large capsule that is attached to a thin catheter. The doctor uses a computerized navigation system to track the balloon as it travels into the stomach. Once it's in the stomach, the balloon is filled with gas. The patient will get three balloons over six to eight weeks.

"This is sort of like being able to have stomach stapling without having surgery," said Ramsey.

Side effects after the first balloon is inserted can include nausea and cramping. Ramsey said she didn't have any problems.

"You're actually taking up the room in the stomach, so you're having a smaller stomach, but there are no permanent after-effects long term," said Ramsey.

After six months, the balloons are removed during an endoscopic procedure. Ramsey lost 25 pounds and has managed to keep it off. She wants to lose 25 more.

"For me, that's a huge jump start, and I've never been able to get that far in that short amount of time."

The balloons are kept in for six months, but success requires a life long commitment.

"What the balloons do, they're sort of a tool, I think is a tool to sort of say, help retrain your brain and help recondition yourself to eat less, eat better, make better choices," said Ramsey.

The program also includes a year of nutrition and exercise support.

"I can still be just as happy. I don't need M&M's, I don't need Fritos, or whatever "thing" it is, it really helps reset your mind and motivation to stay healthy," said Ramsey.

"All of a sudden, you start to see people as they start to lose weight, they start to gain confidence, so I have many times, we've seen people lose 50 or 75 pounds and gain 500 pounds of confidence," said Brister.

"When you are very overweight, you've already tried a low carb diet, and you've tried a keto diet and you need something else to happen you and a lot of it is education, lifestyle changes, nutrition, the system, the balloon system helps people lose twice as much weight as those who did diet and exercise alone," said Dr. Starritt.

In 2017, the FDA issued a warning about potential risks of liquid-filled intragastric balloons. The balloons have been linked to the deaths of twelve people around the world since 2016. The FDA has not issued any warnings related to the Obalon system.

"What Obalon does is it floats up, and it moves around, it's very buoyant, so in terms of the ability for the device to float around and not cause damage to the stomach, that's really what differentiates us," said Amy Vandenberg, Chief Clinical and Regulatory Affairs Officer of Obalon Therapeutics.

The treatment costs roughly $6,000 and includes a year of nutrition and exercise support.

"It's all about moderation, and the balloons are a nice reminder of that so that you don't have to feel that something is forbidden," said Ramsey.

Anybody interested in an intra-gastric balloon can call Dr. Gary Katz at 248-967-7326 to set up an appointment.