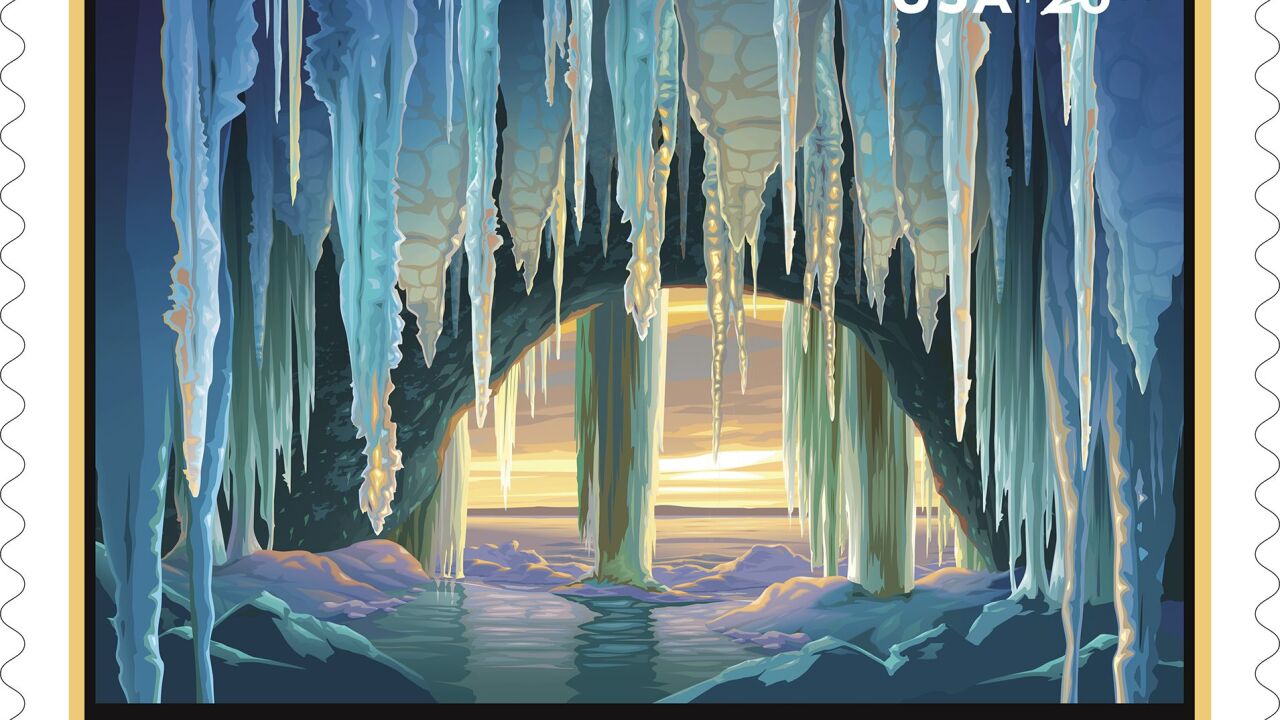 The Postal Service is issuing new Priority Mail and Priority Mail Express stamps will feature landmark locations in the United States. One of them is in Michigan.

The stamps feature Big Bend in Texas and the Grand Island Ice Caves near Munising on Michigan's Upper Peninsula. They will be released on Jan. 18, 2020.

Here's what the Postal Service said about its Grand Island Ice Caves stamp:

With this new Priority Mail Express stamp, the Postal Service celebrates the winter beauty of the Grand Island Ice Caves in Lake Superior. Located near Munising on Michigan’s Upper Peninsula, Grand Island is marked by massive sandstone bluffs. Impressive in any season, the bluffs are especially dramatic in winter when lake water seeps into the crevices and caverns, forming magnificent ice curtains and icicles that hang like stalactites from ceilings. The stamp art features a colorful illustration of how one of these ever-changing ice caves might appear from the inside looking out toward the west at sunset. Art director Greg Breeding designed the stamp with original art by Dan Cosgrove.