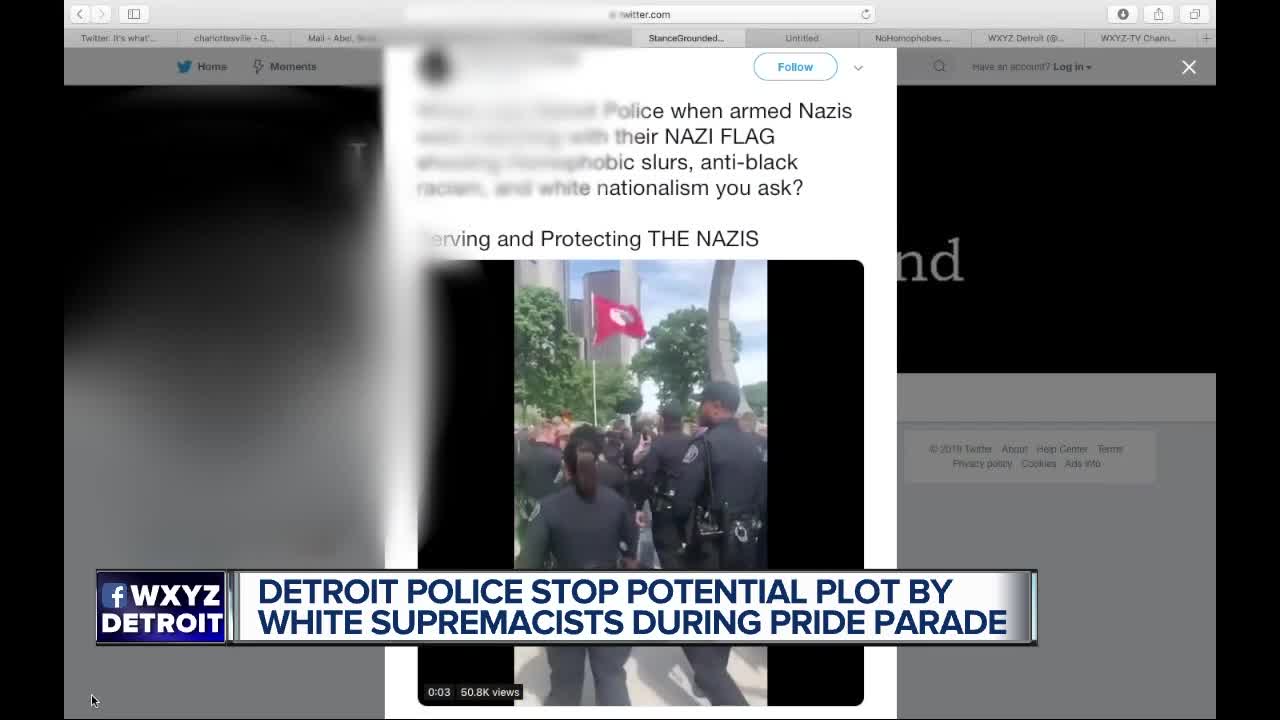 Detroit Police Chief James Craig said that neo-Nazis who showed outside of the Detroit Pride Festival over the weekend "wanted a Charlottesville No. 2." The chief addressed the situation during a press conference on Monday afternoon. 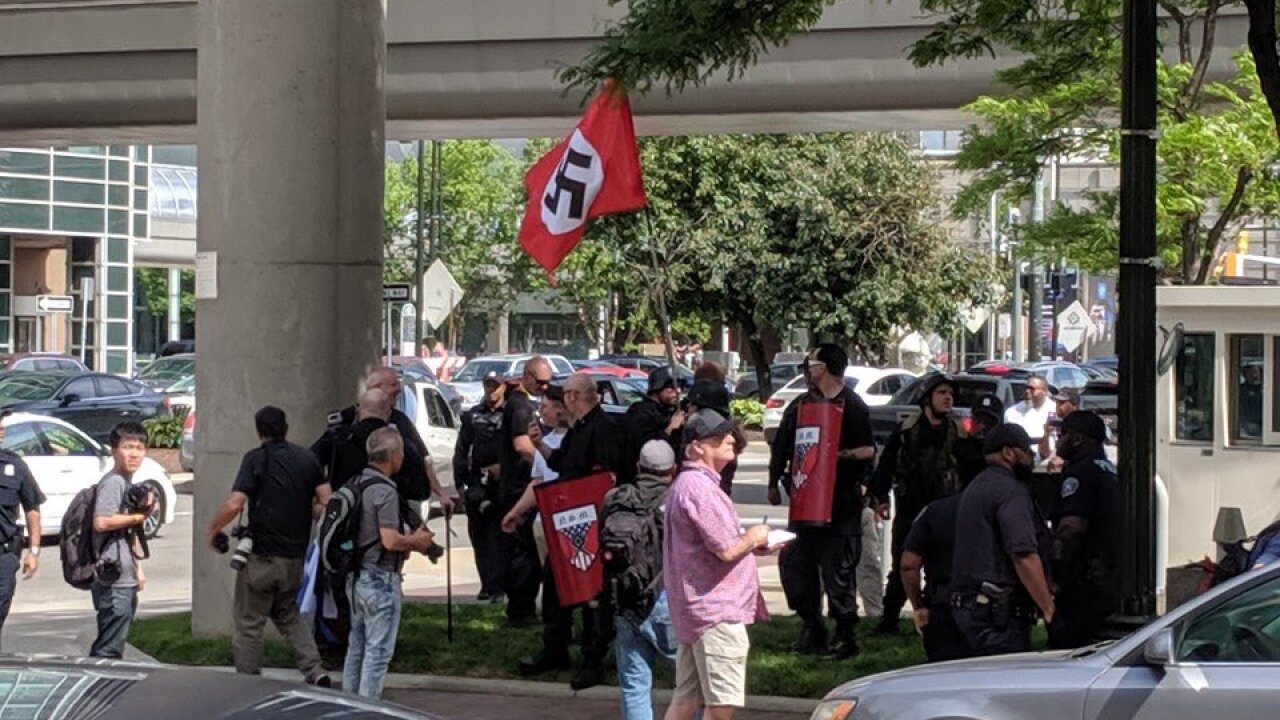 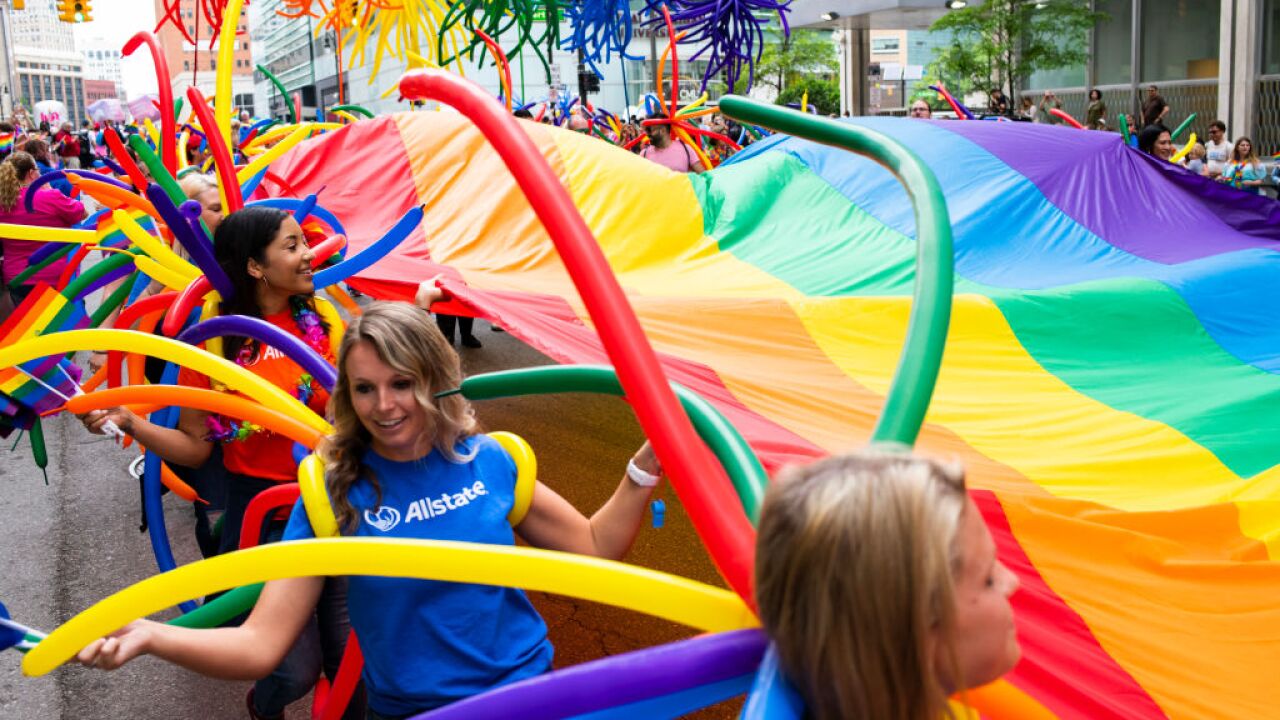 Detroit Police Chief James Craig said that neo-Nazis who showed outside of the Detroit Pride Festival over the weekend "wanted a Charlottesville No. 2." The chief addressed the situation during a press conference on Monday afternoon.

According to Craig, the Detroit Police Department got information that there was a possibility of a white supremacist group coming to the festival on Saturday in downtown Detroit. That group is the National Socialist Movement.

Craig said five of their members were armed, two with long guns and three with hand guns. They were open-carrying, and he said intelligence sources told them "they wanted a Charlottesville number two."

According to the chief, they knew that they wanted to be properly staffed, which they were, and he said when he arrived, there was a counter protest that had some members of Antifa and some members of the festival.

"We kept both groups separate, we had good communication with both groups, and as it turned out, there was no violence," Chief Craig said. "So, for me, I applaud the Detroit Police Department once again for keeping liens of communication open. This could've been a bad situation had it erupted in violence, it did not."

Craig also said that for those critics who said they were escorting the NSM, "We were keeping two groups separate, and in doing so, we did walk at points with them to keep the opposing sides away. We took no sides, we did exactly what we do at each and everyone one of these things."

Those steps, according to the chief, including establishing a rapport with them so that they didn't have an uprising.

A group of neo-Nazis crashed #DetroitPride celebrations Saturday...video by @_Civey Tag #WxyzDetroit if you have video. @BrianAbelTV has more Tonight on 7 Action News at 6. @ACLU @Hatewatch pic.twitter.com/3gtLElYCZD

According to Craig, the images that appear to show someone in the National Socialist Movement desecrating on an Israeli flag, "that was not the case." Craig said that one member said they were going to set the flag on fire, but police warned them they would be arrested, so they did not.

He said there were about 15 members of the National Socialist Movement and about 15-20 members of the counter protest group, which he said included Antifa.

"We had one goal and one goal only: to keep the peace," Craig said