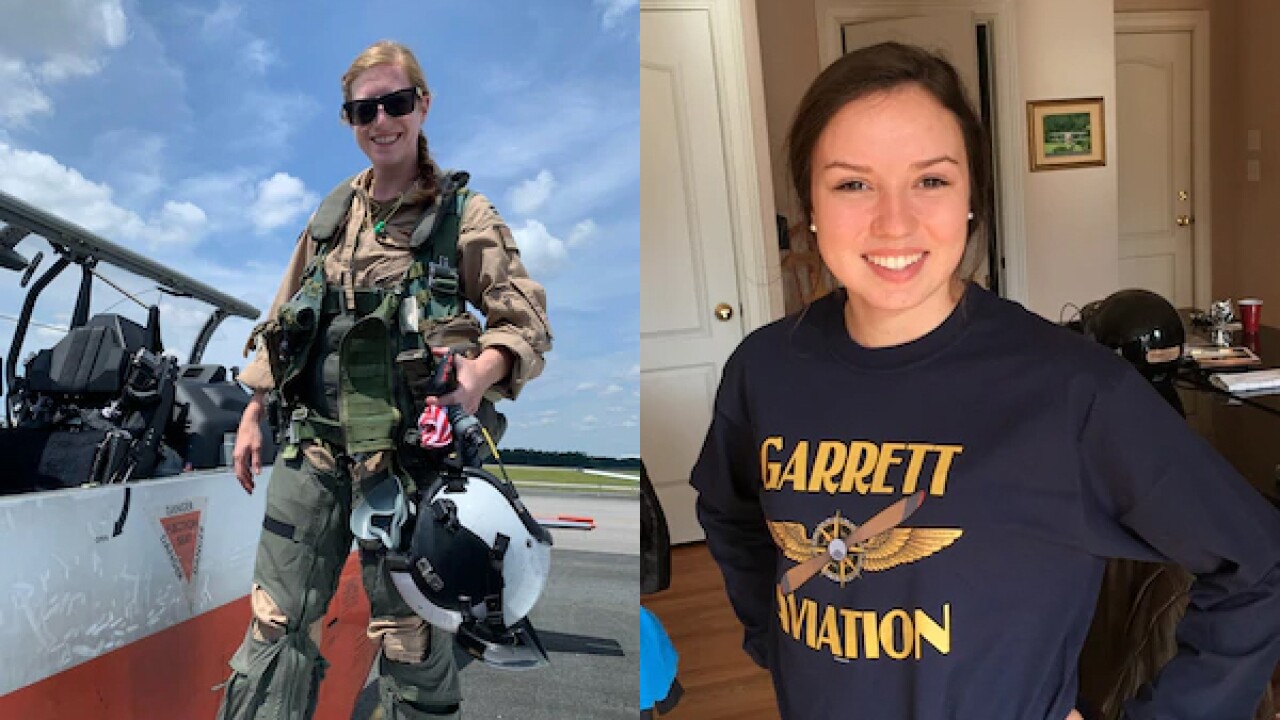 The U.S. Navy said an instructor pilot from Michigan was one of two women killed in a plane crash in southern Alabama last week.

According to the Navy, a T-6B Texan II trainer aircraft crashed in a residential area of Foley, Alabama around 6 p.m. on Friday, Oct. 23. No civilians were injured.

U.S. Navy Lt. Rhiannon Ross, 30, who is from Wixom, and U.S. Coast Guard Ensign Morgan Garrett, 24, from Weddington, N.C., were killed in the crash.

Ross was an instructor pilot and Garrett was a student aviator, according to the Navy. They took off from Naval Air Station Whiting Field in Milton, Florida for the training flight.

"Their spirit, friendship, and devotion to their country will not be forgotten," the Navy said in a statement.