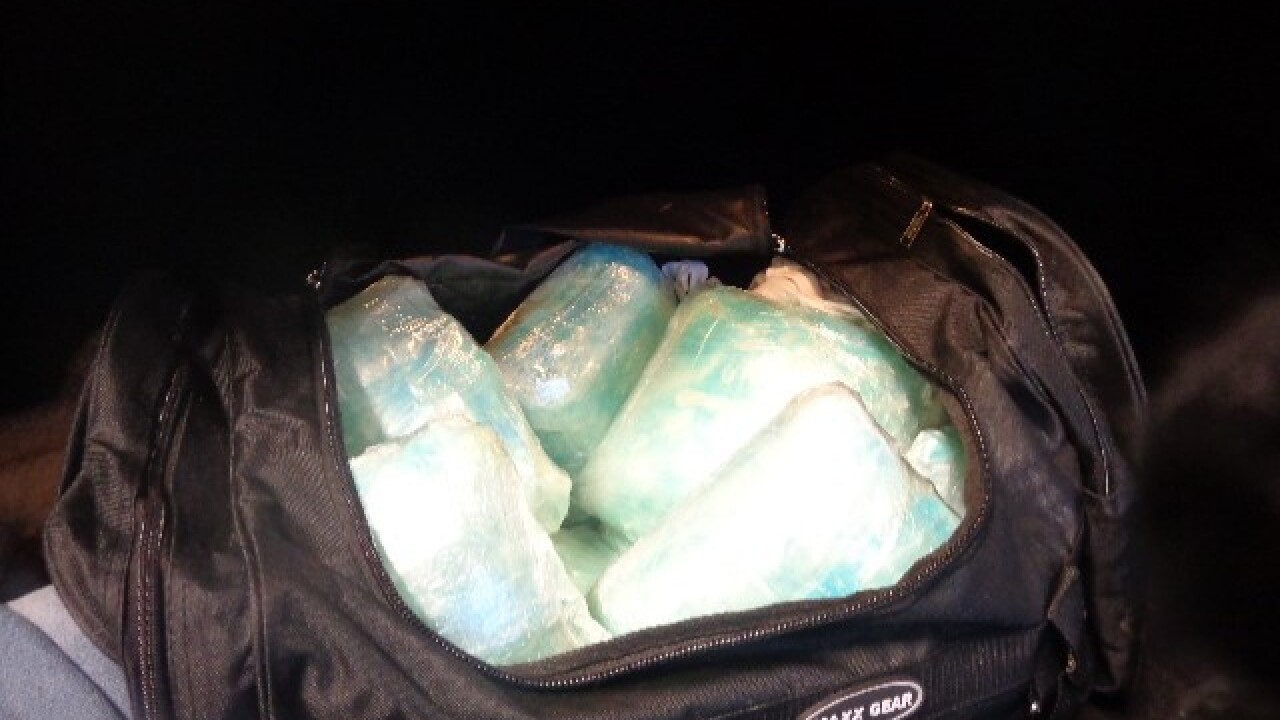 OCEANSIDE, Calif. -- A woman was arrested in Oceanside, California, after trying to smuggle methamphetamine with her 7-year-old in the car.

After becoming suspicious of the driver’s behavior, agents found more than 48 pounds of the drug inside a duffle bag in the trunk.

The drugs, according to Border Patrol, have an estimated street value of more than $92,000.

The 26-year-old driver, a Mexican national with a valid tourist visa, was arrested for felony drug trafficking.

The minor child was placed in the care of local child protective services.

This article was written by Zac Self for KGTV .