Will Donald Trump evict the press from the White House? 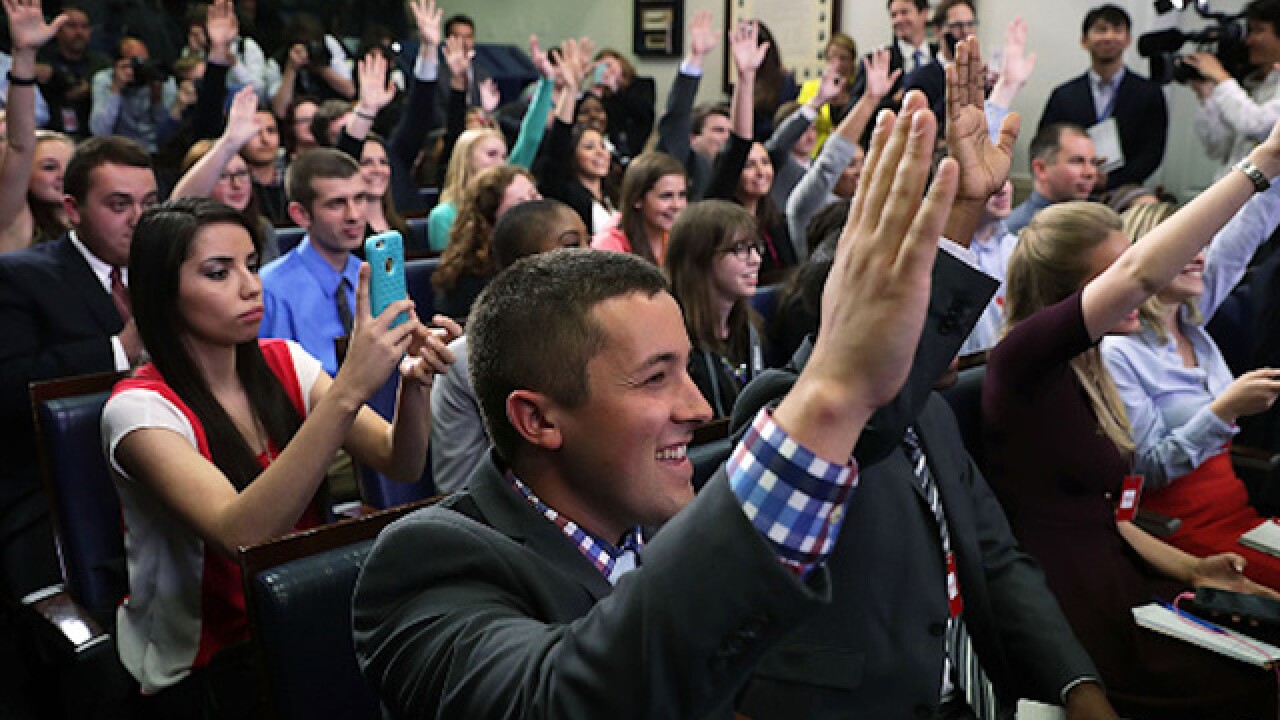 A new report by Esquire magazine is raising the possibility of the White House press corps being "evicted" by President-elect Donald Trump's administration.

On Sunday incoming press secretary Sean Spicer and other officials, questioned about the report, downplayed the seriousness of potential changes. He said the goal is to find space for a larger number of journalists and not to change beat reporters' workspace in the White House.

But there is a prevailing sense of uncertainty -- "how will Trump treat the press?" -- that plays into the president-elect's hands.

The White House Correspondents' Association had no immediate comment.

Saturday night's Esquire story was written by Peter Boyer, a first-time contributor to the magazine who previously worked for The New Yorker, Newsweek and Fox News. Boyer cited "three senior officials on the transition team" to say that "a plan to evict the press corps from the White House is under serious consideration by the incoming Trump Administration."

Boyer also quoted a senior official as saying the news media is "the opposition party," and "I want 'em out of the building. We are taking back the press room."

He did not identity the official. But the report raised alarms among journalists and other readers.

Major media outlets have had workspace in the West Wing for decades. But any president could theoretically try to take back the space.

In response to the Esquire story, Spicer confirmed that various scenarios have been discussed.

"While no decisions have been made, there is enormous interest in covering Donald Trump and his agenda to improve the lives of every American," Spicer said in a statement to CNN. "The current briefing room only has 49 seats so we have looked at rooms within the White House to conduct briefings that have additional capacity to accommodate members of media including talk radio, bloggers and others."

Reporters from talk radio outlets and blogs are already represented at briefings. Outgoing press secretary Josh Earnest said on "Reliable Sources" last month that "it's not unusual for me to call on the Breitbart reporter who attends the White House briefing."

But the incoming administration is keen to include more of these voices -- potentially stacking press conferences with conservative columnists and staffers from pro-Trump outlets.

Two transition officials told CNN on Sunday that the discussions are centered around getting a bigger briefing room space, not taking away the media's basement workspaces in the West Wing or the live shot locations on the North Lawn.

"Nothing is changing" about beat reporter workspace, one of the officials said.

Another transition official said Trump aides are looking at "space and efficiencies."

The Trump administration could choose to hold briefings and press conferences in an existing room in the Eisenhower Executive Office Building. The EEOB is across the street from the White House and is considered part of the White House complex.

Trump's campaign-long hostility towards the press has journalists on guard against attempts to chip away at access.

Or as incoming chief of staff Reince Priebus put it on ABC's "This Week": "I know some of the folks in the press are uptight about this, and I understand."

Priebus said "we had like 500 or 600 folks at the press conference last week, so we started thinking 'Man alive, if we can have more people involved than less people involved, that would be a good thing.'"

Estimates of press attendance at Trump's Wednesday press conference ranged from 200 to 300.

Trump treated some of the journalists in the room like members of the "opposition party," using the phrase that Boyer quoted an unnamed official using. He mislabeled CNN as "fake news" and called BuzzFeed "garbage."

Spicer, asked by CNN on Sunday if he agreed with that unnamed official, said, "I respect the role of the press in our democracy."