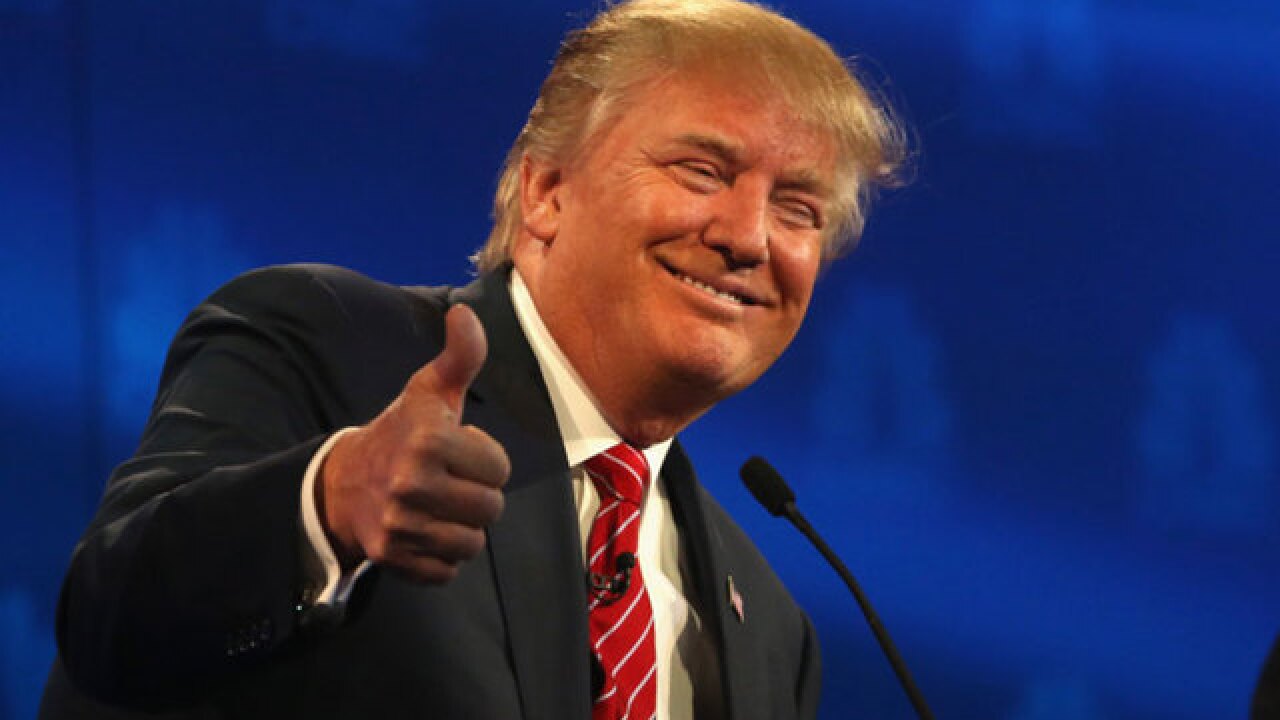 By: CNN
Posted at 4:05 AM, Jan 04, 2017
(CNN) -- The president of a historically black college in Alabama is yet to decide whether the school's marching band will perform at President-elect Donald Trump's inaugural parade, a college spokesman said Tuesday.
The Talladega College Marching Tornadoes band was among 40 organizations that accepted an invitation to take part in the inaugural parade following the January 20 swearing in, according to an initial list released Friday by Trump's inaugural committee.
The possibility that the band from the 149-year-old college, founded by former slaves in the small town of Talladega, could perform sparked controversy -- and resulted in two dueling petitions.
College President Billy C. Hawkins has the petitions -- one organized by a current student in favor of performing and the other by a Talladega graduate against taking part -- CNN affiliate WVTM reported.
Hawkins is expected to announce his decision Wednesday, school spokesman Greg Wilson told CNN.
Appearance of supporting Trump
A petition started by Shirley Ferrill, a 1974 graduate, calls on the band to "withdraw from any inaugural events for Donald Trump."
"In view of his behavior and comments I strongly do not want Talladega College to give the appearance of supporting him," she wrote. The petition had more than 900 supporters by Tuesday night.
Trump has made what many view as disparaging comments about people of color, including saying that Mexico was sending its worst citizens over the border.
"Some are good and some are rapists and some are killers. We don't even know what we're getting," he said in 2015.
Trump has also used the word "ghettos" referring to the inner cities when he described issues faced by African Americans in the starkest terms.
"The violence. The death. The lack of education. No jobs. We're going to work with the African-American community and we're going to solve the problem of the inner city," he said in 2016. "We're going to bring safety back. You can't walk out on the street, you buy a loaf of bread and you end up getting shot."
About 'the experience' students will get
In the second petition, Talladega student and band member, Dollan Young wrote: "We believe that this parade is not about politics it's about seeing first hand the process of a transition."
Young wrote that taking part in the inaugural would not be in support of a political party, but rather "about the experience that the students will obtain."
His petition had garnered close to 200 signatures by Tuesday night.
Another band member, Shylexis Robinson, told CNN affiliate WVTM she was excited and felt the performance would "put our school on the map."
Robinson said it wasn't "about Donald Trump himself, it's about our school. And I'm all about our school and all about the band."
Performance wouldn't 'uplift' Talladega
Edna Garrett, of Talladega, told WVTM that being associated with Trump and negativity surrounding him wouldn't benefit Talladega.
"I don't really see how it would uplift the school in any way," she said.
Talladega College, founded in 1867, is Alabama's oldest private historically black liberal arts college, according to the school's web site.
It's band, though, is relatively young.
Wilson said the 297-member band started in 2012 and recently performed in New Orleans at the halftime show for a National Football League game between the New Orleans Saints and the Denver Broncos.
One artist invited to perform at Trump's festivities has said she would do so -- with one requirement.
This week, Rebecca Ferguson, a former runner-up on the British version of "X Factor," said on Twitter she had been invited and would take part if she could perform "Strange Fruit."
The song protested racism and addressed lynching in the South. It was made famous by the late Billie Holiday, a renowned jazz musician.
In a statement posted to Ferguson's Twitter account Monday night, she said the song "has huge historical importance, a song that was blacklisted in the United States for being too controversial.
A song that speaks to all the disregarded and downtrodden black people in the United States. A song that is a reminder of how love is the only thing that will conquer all the hatred in this world, then I will graciously accept your invitation and see you in Washington. Best Rebecca X."
The lyrics, written in the 1930s by Jewish communist Abel Meeropol, were composed as a protest poem to highlight racism in America's southern states.
The song's opening lyrics are: "Southern trees bear strange fruit / Blood on the leaves and blood at the root /Black bodies swinging in the southern breeze / Strange fruit hanging from the poplar trees."
Controversy among announced performers
The inaugural committee has announced three acts so far: the Radio City Rockettes, the Mormon Tabernacle Choir and 16-year-old "America's Got Talent" star Jackie Evancho.
But there still is controversy surrounding the group of committed performers. A member of the Mormon choir, which has performed at five presidential inaugurations, quit. Jan Chamberlin said the performance would betray her values.
Last month, the Madison Square Garden Company said in a statement that individual Rockettes wouldn't be compelled to participate at the inauguration after one dancer in the group, Phoebe Pearl, reportedly protested on Instagram.
Her post has since been deleted.
In November Sir Elton John refused an invitation to perform at the inauguration -- denying a claim made by the vice-chair of Trump's presidential inaugural committee that the singer was slated to perform.
Trump has tweeted that he wants "the PEOPLE" at his inauguration, rather than A-list celebrities.
Barack Obama's 2009 inauguration featured artists such as Beyonce, Aretha Franklin, James Taylor, Brad Paisley and Alicia Keys.
CNN's Dave Alsup contributed to this report.
The-CNN-Wire
™ & © 2017 Cable News Network, Inc., a Time Warner Company. All rights reserved.
Copyright 2017 Scripps Media, Inc. All rights reserved. This material may not be published, broadcast, rewritten, or redistributed.