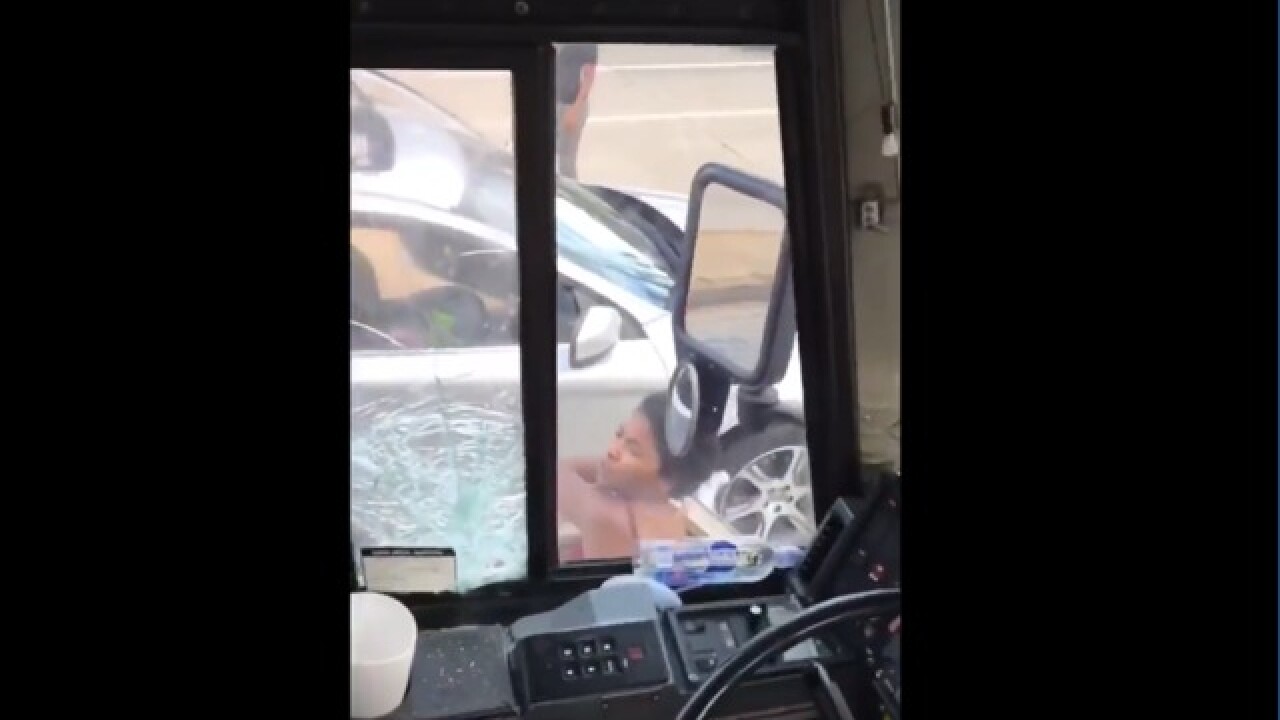 People are taking road rage to another level.

Washington, D.C news stations report that a woman was caught on camera bashing a Greyhound bus window in Northeast D.C. with a carjack.

WATCH THE VIDEO BELOW:

We have identified the suspect involved in this incident that occurred in the 1800 block of Bladensburg Road, NE on 8/30.

The incident was captured on a cell phone video and can be seen below. This case remains under investigation. #DCPolice #HereToHelp pic.twitter.com/wjti63DycR

In the viral video, you can see her repeatedly smashing the bus window. She then walks back to her car and attempts to run over the bus driver as he tries to call authorities. The driver proceeds to hop on top of her car several times to prevent her from leaving the scene.

She then proceeded to do the unthinkable: In an attempt to flee the scene, she tries to run over the driver.

D.C Police Department have identified the woman as 20-year-old Mariana Silver. They say she passed the bus on Bladensburg Road while sideswiping another car. When the driver reacted to the incident, the woman became angry and an argument started.

Silver was arrested and charged with assault with a dangerous weapon.