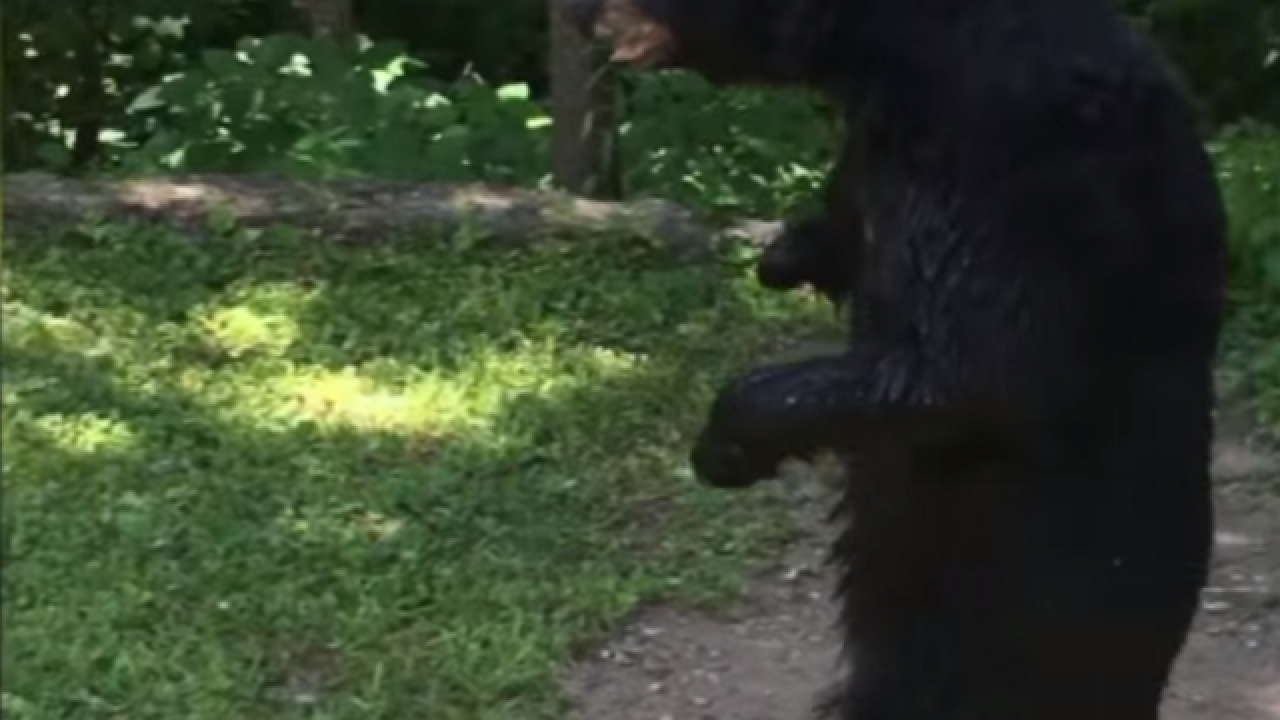 By: Mina Abgoon
Posted at 10:17 PM, Jun 23, 2016
A beloved bear named Pedals who became a social media sensation after he was spotted walking upright has re-emerged in New Jersey and was captured on video.
According to NJ.com, the bipedal black bear travels on his hind legs because of wounds sustained to his front paws. He had not been spotted since December and his injuries had raised concerns he wouldn’t survive the harsh weather.
But it looks like Pedals made it out A-OK, as he was spotted Monday in an Oak Ridge, New Jersey, neighborhood.
Footage shows the animal casually strolling through the grass, near a trail, much like a human.
Pedals is on the verge of Internet celebrity status, with more than 13,000 likes on Facebook.
Copyright 2016 Scripps Media, Inc. All rights reserved. This material may not be published, broadcast, rewritten, or redistributed.