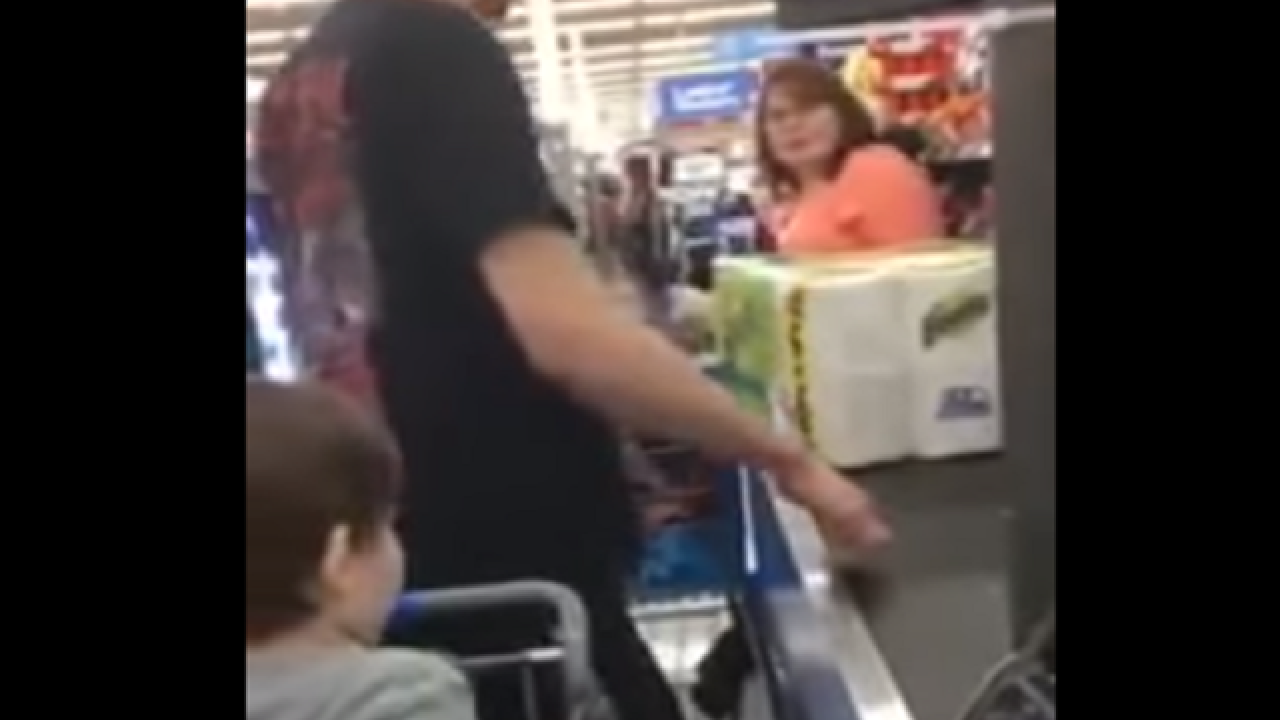 Viral video footage shows a woman confronting and berating a man for using food stamps at a Walmart.
The incident -- which occurred in an undisclosed location – all started by the woman saying to her son “see this is why you go to college so you don’t take handouts,” the video’s uploader said on YouTube.
Both the woman and man were with children at the time.
When the video starts off, you can hear the woman complaining to the man about how she is paying for his food (warning: Some graphic language is used in the video).
“You know, I put in 50-60 hour weeks… trying to provide for my family,” the man says.
She responds, “You’re not providing for it, I am. The government is.”
The man disagrees, to which the woman responds, “They take it out of my check.”
In an apparent attempt to take the high road, the man states“ Contact your local senators and congressmen and issue a complaint,” adding, “Vote Republican. I’m sorry; I don’t know what to tell you.”
The banter continues, and the woman finally comes to the conclusion that the father must be a Bernie Sanders supporting, declaring, “That’s who you vote for.”
She adds, “They give it to you, so you vote that way.”
Since being uploaded in late April, the video has racked up more than 4 million views, with most commenters taking the man’s side.
Scripps Only Content 2016