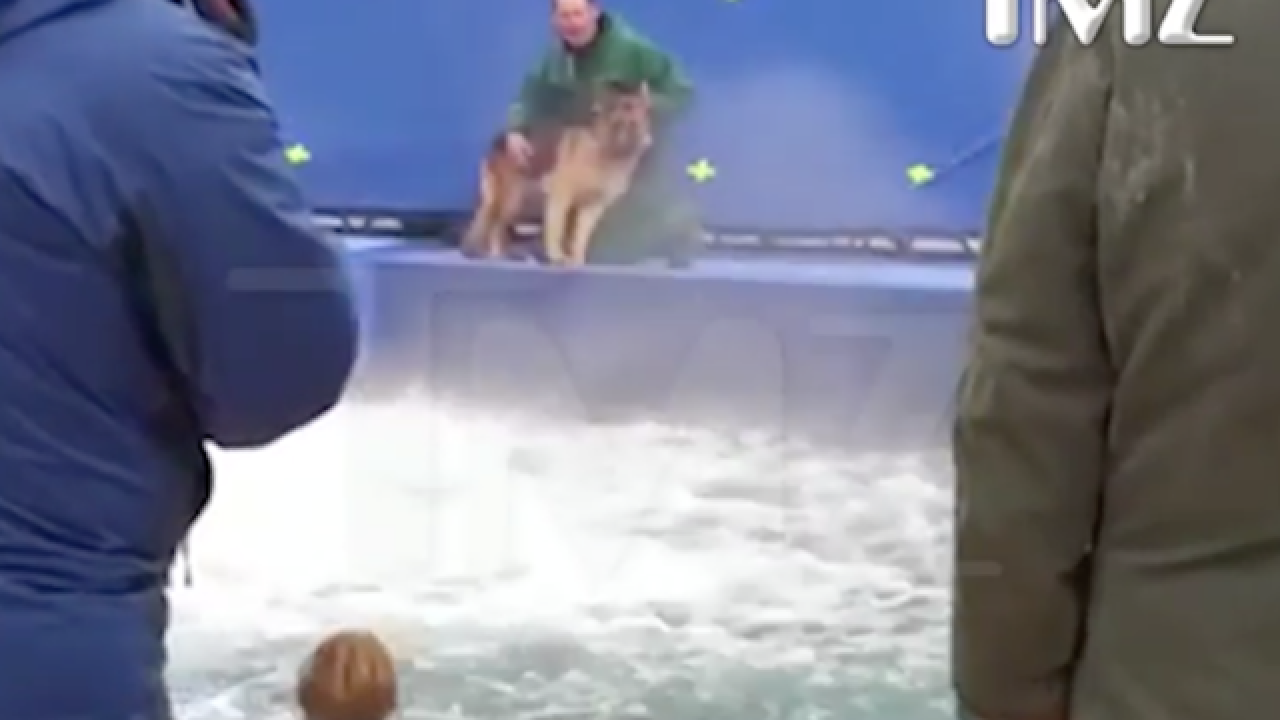 Copyright 2017 Scripps Media, Inc. All rights reserved. This material may not be published, broadcast, rewritten, or redistributed.
<p>A video published by TMZ Wednesday contains images of possible animal abuse on the set of "A Dog's Purpose." (TMZ)</p>

A representative from the American Humane Association has been suspended after video surfaced Wednesday depicting possible animal abuse on the set of “A Dog’s Purpose.”

TMZ published video Tuesday that showed trainers forcibly pushing a German Shepherd into rushing water while on the set of the film in Winnipeg, Canada.

Video shows the dog clearly reluctant to jump into the pool. A few moments later, the dog sinks below the water and concerned trainers rush to the rescue.

Warning: The video below may contain images some consider graphic.

TMZ notes that it’s unclear if submerging the dog was scripted.

Soon after the video was published, a member of the American Humane Association who was on set during the incident was suspended.

“We are placing the safety representative who was on the set on administrative leave immediately and are bringing in an independent third party to conduct an investigation into this matter," the AHA told TMZ.