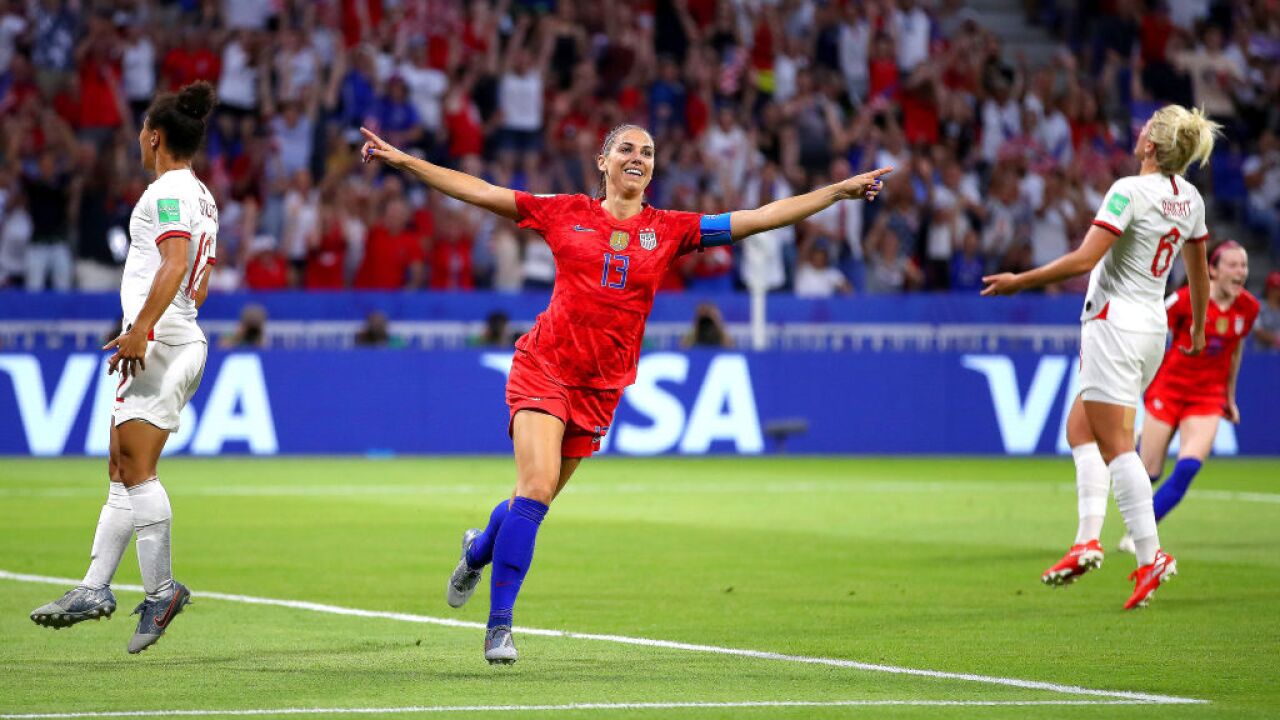 For the ability to rise to the occasion, for the aptitude to turn a blind eye to pressure and produce on the grandest of stages, there is still no team quite like the US as the defending champion saw off a talented England team 2-1 to reach the Women's World Cup final.

England's Ellen White had negated Christen Press's early opener, but on her 30th birthday Alex Morgan headed home before the break to score what proved to be the winner.

Though challenged by the world's finest teams in the knockouts, the USWNT remains firmly on its perch. But England will be kept awake at night by thoughts of what might have been after captain Steph Houghton missed a penalty in the final 10 minutes.

The frustration of missing a chance to level was evident when Millie Bright was awarded a red card in the dying minutes.

Unless the Netherlands or Sweden -- the second semifinal takes place Wednesday -- can achieve the unexpected in Sunday's final in the same stadium, the US will retain its title, accentuating the country's dominance of the women's game.

It is rare for such an anticipated match to live up to its promise, but this semifinal between the No.1 and No.3 ranked teams in the world certainly did. It was frantic, it was high-octane and it was a magnificent advert for the game.