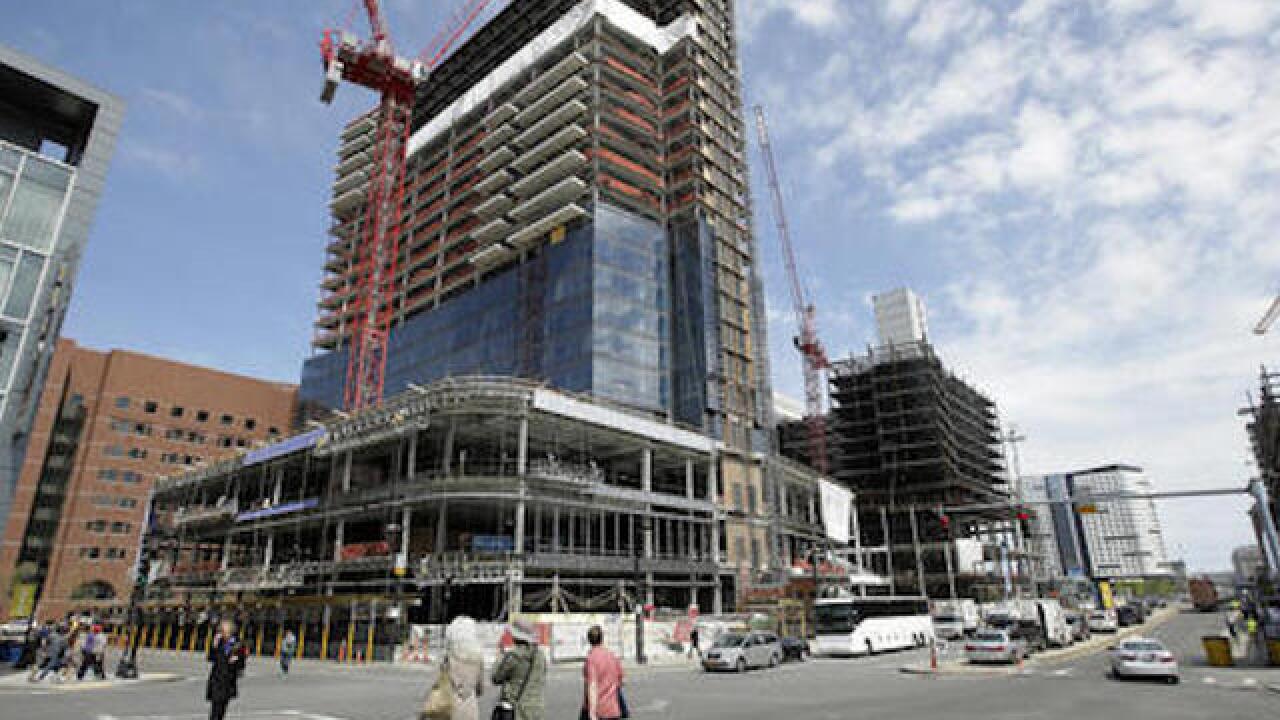 Copyright Associated Press
Steven Senne
<p>In this Thursday, May 19, 2016, photo, passers-by walk near the construction site a high-rise building in Boston. On Friday, July 29, 2016, the Commerce Department issues the first estimate of how the U.S. economy performed in the April-June quarter. (AP Photo/Steven Senne)</p>

WASHINGTON (AP) — Growth in the U.S. economy was sluggish again in the spring, dashing expectations for a robust rebound after a tough winter. Stronger consumer spending was offset by weakness in housing construction and a big slowdown in the pace that businesses restocked store shelves.

The Commerce Department said Friday that the gross domestic product — the broadest measure of the economy — grew at a 1.2 percent annual rate in the April-June quarter. That was far below the 2.6 percent GDP growth rate that economists had been forecasting.

The government also revised down its estimate of first-quarter growth to 0.8 percent from 1.1 percent. The economy has now grown at lackluster rates for three straight quarters.

Consumer spending, which accounts for 70 percent of economic activity, did accelerate in the spring, growing at an annual rate of 4.2 percent. That was more than double the 1.6 percent rate in the first quarter. It was the strongest surge for consumer spending since the final three months of 2014.

But business slowed further restocking of their shelves, which cut growth by 1.7 percentage points in the second quarter. Businesses have struggled for more than a year to get their stockpiles more in line with sales. The inventory slowdown in the spring was the sharpest since the first quarter of 2014.

Trade was a slight positive in the second quarter, adding 0.2 percentage points to growth. But the government sector trimmed growth by 0.2 percent, reflecting weakness at both the federal and state and local levels.

Business nonresidential investment declined for a third straight quarter as the energy sector continued to struggle with falling oil prices that have caused sharp cutbacks in oil exploration. Housing construction, which has been a bright spot for the economy, shrank at an annual rate of 6.1 percent in the second quarter, reflecting weakness in both single-family and apartment construction.

The new GDP report will likely be used by both Democrats and Republicans to try to score political points. Republicans contend that GDP over the past seven years has grown at the weakest pace of any post-World War II recovery and blame the Obama administration's policies. Democrats point instead to structural changes in the U.S. economy and to obstructionism by Republican leaders in Congress who have blocked spending initiatives.

Analysts predict that the economy will grow at an annual rate slightly above 2 percent in the second half of the year — a modest pace in line with the pattern that's existed since the recovery began in June 2009. Still, even tepid growth would be preferable to the possible recession that some had feared might be nearing after the economy's woeful start to the year.

After stabilizing in February, financial markets went into a second nosedive in June after Britain voted to leave the European Union, an unexpected outcome that raised fears that the already weak global economy might slide further.

On top of that, job growth in the United States slowed sharply in April and May. But the job market came roaring back with 287,000 additional jobs in June, the biggest monthly gain since October.

"It is amazing how resilient the U.S. economy has been in the face of all these uncertainties and shocks," said Mark Zandi, chief economist at Moody's Analytics. "The job market is just incredible, and those gains will boost incomes and support stronger consumer spending in the second half of the year."

The Federal Reserve took note of the improving economy after it ended its latest policy meeting this week, saying "near-term risks to the economic outlook have diminished."

Though the Fed kept interest rates unchanged, economists said the central bank's brighter outlook might clear the way for a rate increase as soon as September. But most see only one modest Fed rate hike this year, which would be unlikely to slow the economy.