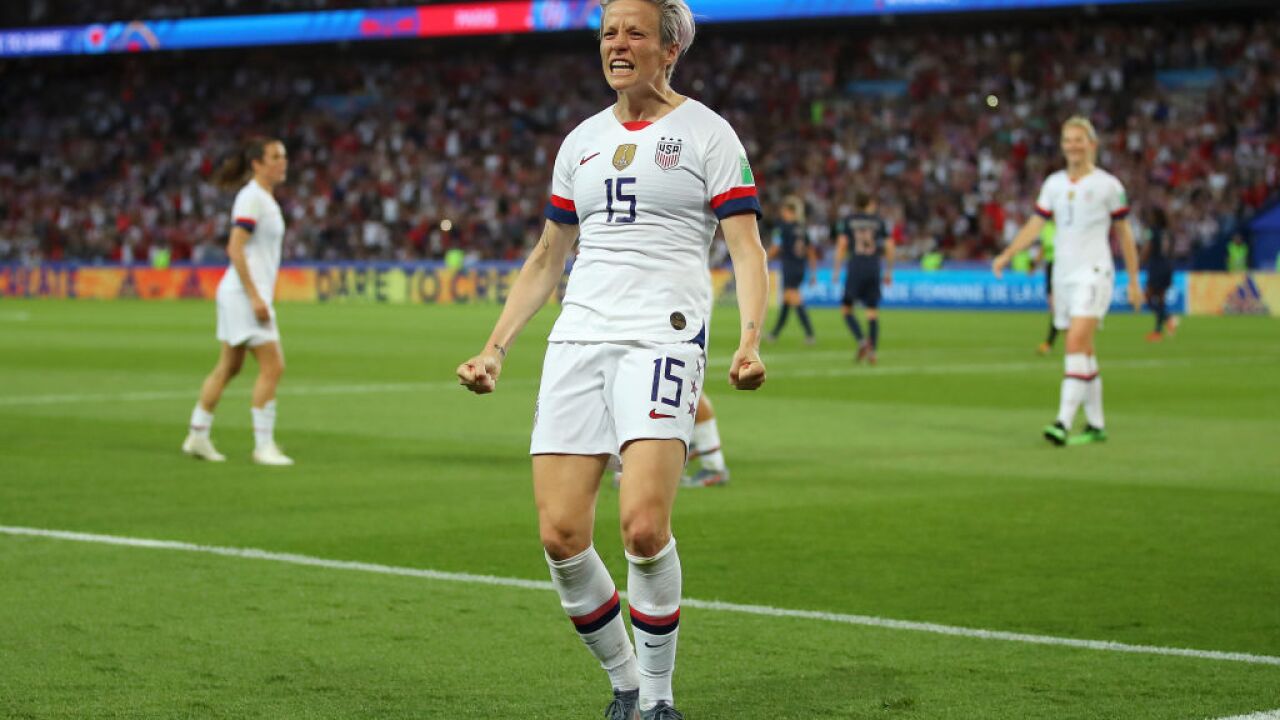 The United States women's soccer squad is off to the semifinals after defeating World Cup host France by a 2-1 margin on Friday.

The United States, ranked No. 1 in the world, faced its toughest test yet against France. France is ranked No. 4 in the world rankings, but many considered the French the USA's toughest challenge.

Megan Rapinoe scored both of the United States' goals. She opened scoring in the fifth minutes, and tacked on the eventual game-winner in the 65th minute.

France attempted a late rally after cutting the United States' 2-0 lead by one in the 81st minute off of a Wendie Renard goal.

The USA will face England on Tuesday for the chance to return to the finals and defend its 2015 title.

Perhaps it was fitting that Rapinoe was the catalyst for the Red, White and Blue on Friday. She has drawn the ire of President Donald Trump this week after Rapinoe said she would not visit the White House if the USA wins a title in France.

“Megan should WIN first before she TALKS! Finish the job!” Trump wrote on Twitter.

After Friday's game, the US is just two wins away from a title after winning all three matches in group play plus the first two games in the tournament round.