Twitter barred from tech meeting with Trump due to not making an anti-Clinton emoji, per reports 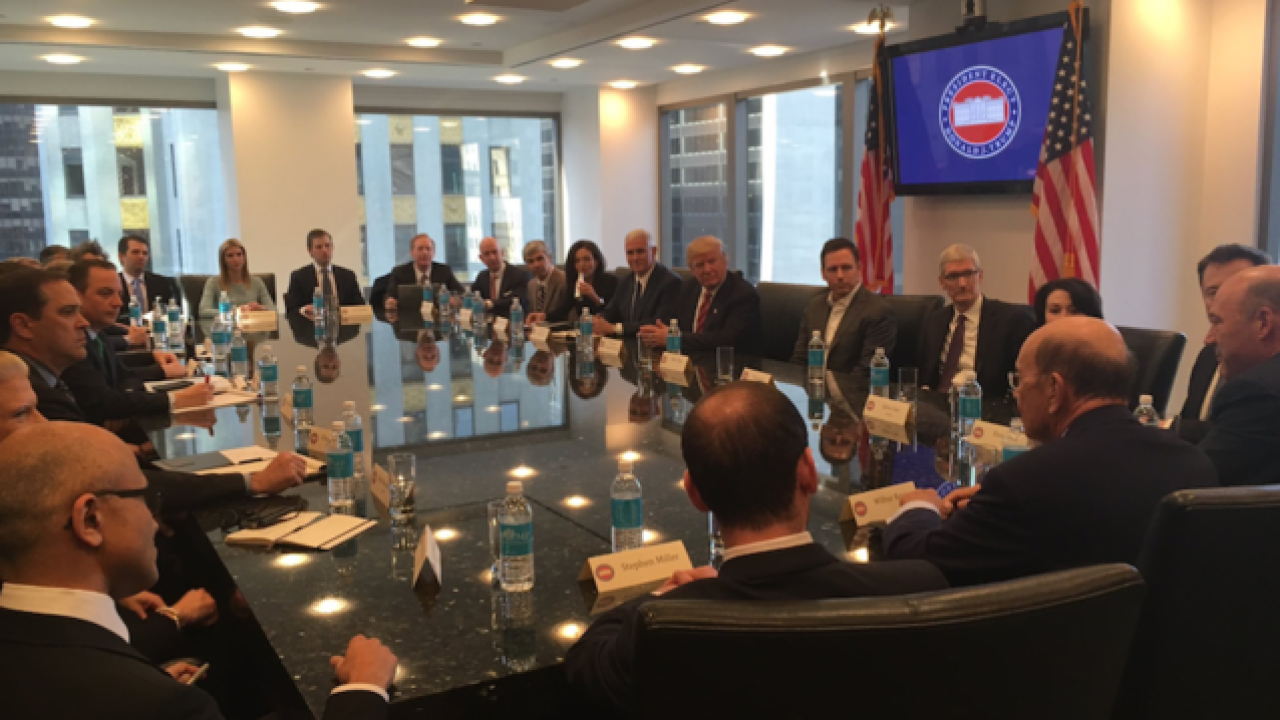 Donald Trump met with the titans of tech on Wednesday at Trump Tower, but one prominent company was notably absent from Wednesday's proceedings.

Twitter and its CEO Jack Dorsey were not present at Wednesday's meeting. According to a Politico source, part of the reason Twitter was not invited was due to a failed deal between Twitter and Trump's campaign involving a "Crooked Hillary" emoji.

"There was a lot of companies there, and if you go down the list of the top tech companies, I guarantee you'll find additional ones that weren't there," Spicer said on MSNBC. "It was not an intentional slight, and it is frankly ridiculous that you're sitting around - there are only so many that can sit around a conference table."

But Twitter's absence was striking given Trump's usage of the social media network.

Trump has sent more than 34,000 tweets since his account was created in 2009, and currently has 17.3 million followers.

But in November, Trump campaign advisor Gary Coby spelled out a $5 million agreement Trump's campaign had with Twitter for paid advertising.

After the deal between Trump and Twitter was signed, Coby said that Dorsey objected to the creation of a "Crooked Hillary" hashtag. The emoji was to be depict a person carrying a moneybag.

"We planned to launch both of our emojis for the first debate," Coby said. "One was a contrasting emoji for the popular #CrookedHillary. They were going to be featured in our promoted trend for maximum exposure."

Although Twitter was not among the tech giants in Wednesday's meeting, Silicon Valley was well represented by heads of Amazon, Apple and Microsoft.

Trump began referring to Clinton as "Crooked Hillary" at his rallies and social media while on the campaign trail.