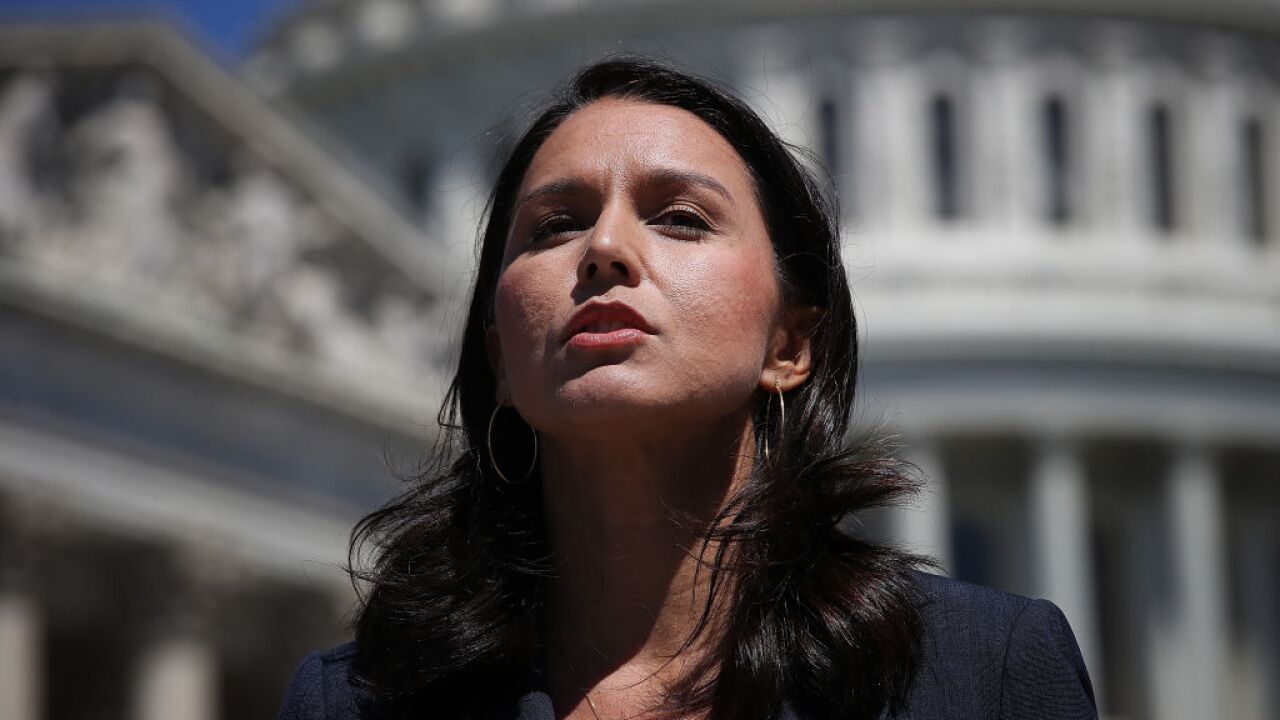 Presidential candidate Rep. Tulsi Gabbard announced Monday that she will leave the campaign trail for two weeks of active-duty training in Indonesia to fulfill her National Guard obligation.

"While some people are telling me, 'Gosh, this is a terrible time to leave the campaign. Can't you find a way out of it?' That's not what this is about," the Hawaii Democrat said in a news release. "I look forward to joining my fellow soldiers for a joint-training exercise with the Indonesian military, focused on counterterrorism and disaster response."

Gabbard, who has deployed to the Middle East twice in her time in the Army National Guard , heads to active-duty training during a crucial time in her campaign. Despite a breakout performance at the second round of Democratic primary debates last month, she has yet to qualify for the third round of debates in September.

"I love our country," Gabbard said Monday. "I am grateful to be able to serve our country and the American people in many ways, including as a soldier."

Outside of her military service, Gabbard's campaign has largely been marked by low poll numbers and controversy surrounding her past views on same-sex marriage and LGBTQ equality . Gabbard said early this year in a statement to CNN that she regrets the positions she took in the past on the issue and has worked toward passing legislation that ensures equal rights and protections.

But her military experience has become a central selling point to her campaign. During the second night of July's debates -- wherein Gabbard finished the night as Google's most-searched candidate -- she wielded her credentials as an Iraq War veteran to speak about foreign policy decisions with a personal tone

"For too long, we had leaders who have been arbitrating foreign policy from ivory towers in Washington without any idea about the cost and the consequence, the toll it takes on our service members, on their families," Gabbard said. "We have to do the right thing. End the wasteful regime change wars and bring our troops home.

"The leadership I will bring to do the right thing, to bring our troops home within the first year in office, because they shouldn't have been there this long."